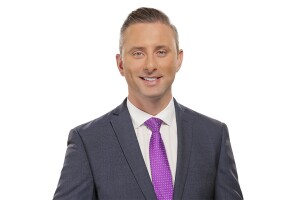 Hey everyone, thanks for checking out my bio.

I was born in Toronto, Canada and before I became a journalist I worked on cruise ships for 6 years. I traveled all over the world. I'm a huge hockey fan, and enjoy golfing and hanging out at the beach on my days off. Although, come winter time, I'll have to learn to ski again.

I come to Detroit from Texas where I was a morning anchor for four years. I've covered several stories from the drug war with cartels, drug trafficking, human trafficking, corruption and the immigration crisis.

I won several Texas AP awards for my work on our morning newscasts, and I was nominated for an Emmy.

Before going to Texas, I worked in Charleston, South Carolina. I was the morning reporter, fill-in anchor for three years. I've covered many stories from American Idol auditions to the first Dreamliner being built to tropical storms.

It is such an honor to be here in Detroit. I'm excited to tell stories that matter to you. If you have a story idea, please reach out to me at Alan.Campbell@wxyz.com or on Facebook.