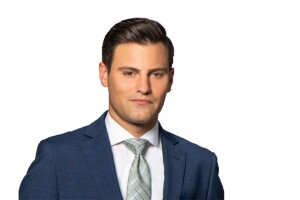 At the anchor desk, Brian has led multiple breaking news stories, including spearheading coverage of the death of legacy congressman John Conyers Jr.

Previously, Brian reported for Scripps sister station KSHB in Kansas City. There, he was the lead reporter during the station’s coverage of the 2016 election.

He’s also covered stories with national attention, including the tragic death of a young boy on the nation’s tallest waterslide, the death of two firefighters battling an arson fire, a triple shooting in an Olathe bar investigated as a hate crime, a massive construction fire forcing the evacuation of an Overland Park neighborhood, devastating tornadoes and a Missouri bill to consider sex between legislators and lobbyists as a “gift.”

Before KC, Brian reported in the often frozen tundra of Fargo, North Dakota for WDAY and served as the primary anchor for WDAZ in Grand Forks.

Brian was born and raised in the Grand Rapids suburb of Lowell. He graduated from Western Michigan University with a degree in Journalism.

Brian comes to Detroit with his Livonia native wife who is a chef.

On his down time, you can find Brian on the golf course or at Michigan Stadium on game days in the fall.

If you have any tips, stories or questions for Brian you can email him at brian.abel@wxyz.com.