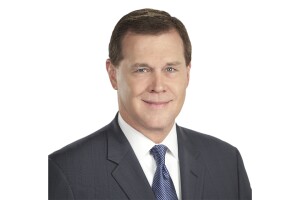 Dave LewAllen is the weekday evening anchor for the Action News team.

Dave serves as anchor of 7 Action News at 6, 7 and 11 on WXYZ-TV and 10 p.m. anchor on TV20 Detroit. He also takes a lead role on the station's Detroit 2020 project, which showcases issues challenges as well as those individuals creating positive change in the city.

LewAllen joined Channel 7 in 1988 as a sports reporter. He made the permanent switch to news in 2004 after serving as weekend sports anchor for years.

He was honored as a Silver Circle recipient in 2012 by NATAS Michigan for his service and achievements over 25 years in the broadcast industry. He is a 4-time EMMY winner, most recently for WXYZ-TV's live coverage of the "Detroit Firestorm" of 2010.

Prior to joining WXYZ-TV, Dave worked for WJBK-TV in Southfield and WJIM-TV (now WLNS-TV) in Lansing. He also had experience in radio, covering sports for WJR-AM and CKLW-AM in Detroit. Dave was also the play-by-play voice of University of Detroit basketball for several seasons.

Dave won a 2007 Emmy for “Best Weekend Newscast,” an award he shared with co-anchor Glenda Lewis and producer Tim Kochenderfer. Among his other awards, Dave won Emmy’s for “Breaking News” for Channel 7’s live continuing coverage of fires in Highland Park, and for the series, “March Madness,” an inside look at the Michigan state high school basketball tournament.

Dave conceived and hosted “Golf Michigan,” which aired on WXYZ for four years. The series celebrated the golf industry in the state of Michigan. Dave has also hosted numerous news and sports specials on WXYZ, including the Rochester Christmas Parade. He also co-hosted Channel 7’s live special broadcast of the re-opening celebration of the Detroit Institute of Arts in November 2007.

During his career, Dave has covered three Super Bowls, the World Series, NHL and NBA Finals, as well as major golf championships, including the Masters, U.S. Open and Ryder Cup matches.

Dave is serving his second year as President of the Board of Directors for Rainbow Connection, which provides wishes for Michigan children with life-threatening illnesses. He is a past president of the Detroit Sports Broadcasters Association. Dave also served as chairperson of a National Kidney Foundation of Michigan charitable golf outing for over a decade. He also contributes his time on behalf of numerous Detroit area charities including Society of St. Vincent de Paul, Community Social Services of Wayne County, St. Patrick Senior Center, and the Detroit Institute for Children, among others.

Dave holds a Bachelor’s degree in journalism from Central Michigan University, Mount Pleasant. He played football for the Chippewas as a walk-on during his freshman year before concentrating on academics and working toward his ultimate career objectives.

His hobbies include golf, which he acknowledges he plays poorly, but still enjoys. Other interests include reading, politics, fishing and baseball card collecting.

Dave and his wife Sandra reside in Oakland County. They have two children.

If you have any stories or questions for Dave email him at dlewallen@wxyz.com.