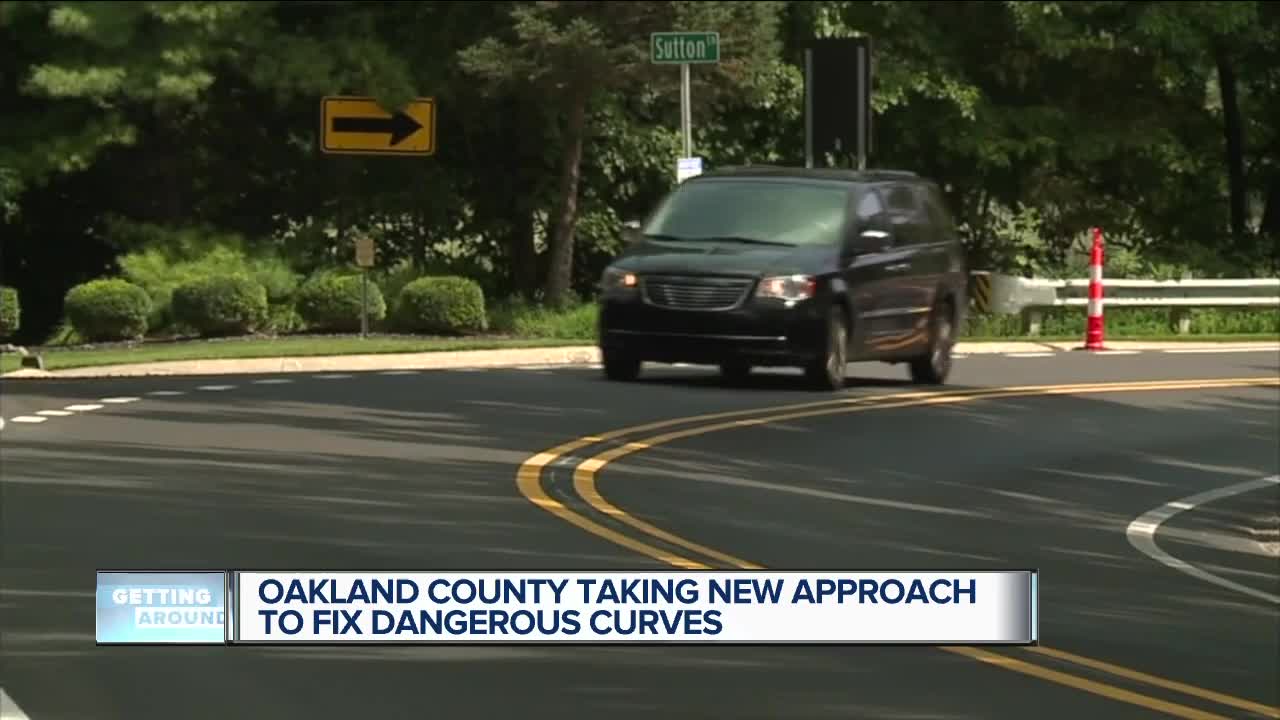 COMMERCE TOWNSHIP, Mich. (WXYZ) — They are stretches of road where people trying to get around metro-Detroit have witnessed tragedies. Despite signs, speed limits, and police crack downs - there continue to be crashes.

“Dead man’s curve. That is what they call it,” said Veronica Hindo, who lives on Oakley Park between Bernstein and Commerce in Commerce Township.

Veronica Hindo Says she found out after she moved in. Soon she and her children witnessed why.

“We did see a gentleman who did crash his van into a tree right next door. All the sudden we see emergency vehicles And the man did pass away. Two months prior to that a motorcycle speeding on the curve also tragically passed away,” said Hindo.

The Southeast Michigan Coalition of Government’s map of crashes shows between 2014 and 2018 - two people died in 23 crashes on this curve.

The Oakland County Road Commission says the Oakley Park curve, along with a curve on Williams Lake Road just north of M-59 in Waterford Township, are two dangerous areas they have tried to make safer with speed limits and signs.

“We tried to put up additional signs. A sign with flashing lights in one of the areas. People have been knocking these signs down,” said Craig Bryson of the Oakland County Road Commission.

Now they are trying a different approach. Next week they plan to put an epoxy with small course gravel on the road surface of the dangerous curve on Oakley Park to increase friction. The following week they plan to do the same on Williams Lake Road.

“This is kind of like putting sand paper on the road,” explained Bryson.

Neighbors are looking forward to the change.

“I think its a great idea,” said Lynn Natzic, who lives near Oakley Park.

“We are appreciative of Oakland County and Commerce Township for trying to improve the area and the safety of the residents,” said Hindo.