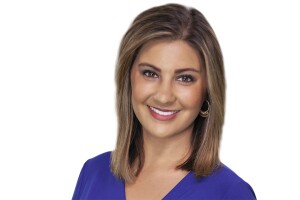 Originally from Grand Rapids, Jenn is thrilled to be back in her home state.

Jenn graduated with a Bachelor's degree in Journalism from DePaul University in Chicago, Ill.

Prior to joining WXYZ she reported in Lincoln, Neb. and Buffalo, N.Y. While in Buffalo, Jenn worked as both a general assignment and investigative reporter, focusing on stories related the opioid crisis, medical marijuana, and clergy sex abuse.

Jenn is the recipient of the Nebraska Broadcasters Association Gold Award, and was nominated for an Emmy for her part in News 4's "Break Out" special; covering the June 2015 manhunt of escaped prisoners Richard Matt and David Sweat from an upstate NY correctional facility.

Aside from journalism, Jenn has a real passion for traveling. She's visited six continents and lived in Korea for a short time after college.

Jenn lives in Detroit and loves exploring new restaurants and different neighborhoods in her spare time.