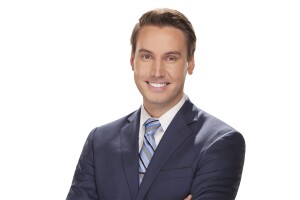 He is an Emmy Award winning meteorologist born and raised in Naperville, IL.

Kevin attended Eastern Illinois University to study meteorology and graduated in 2010, before obtaining the NWA meteorology seal of approval in 2011.

He worked as the weekend morning meteorologist at WWBT in Richmond, VA from 2010 to 2014, and then moved to Tucson, AZ as the Chief Meteorologist at KOLD until October 2017.

Although born and raised in Illinois, he has family in Minnesota, Wisconsin, Missouri, Indiana and Pennsylvania, and is excited to be back in the Midwest.

“Arizona is beautiful, but I’m excited to have four seasons back and I’m especially excited to return to the different challenges of forecasting in the Midwest.”