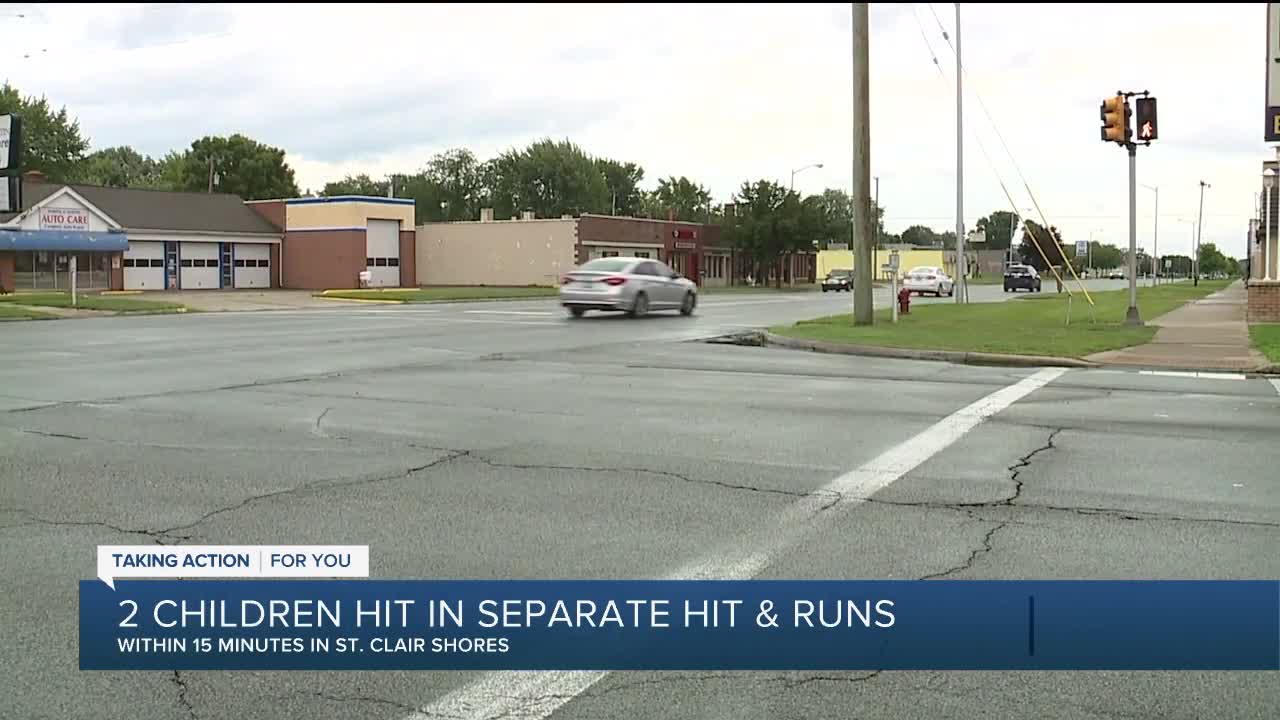 The mother of 16-year-old Jeremiah said she feared the worst after her son was struck on Martin, near Harper, around 7:30 p.m. Friday. She’s now hoping the person responsible is caught quickly.

“Really scary. We were pretty shaken up as soon as my husband got the phone call," said Jessica Everidge, Jeremiah's mother.

“At least make sure they’re OK. Accidents happen but if you do, you stop afterwards and see if they’re OK," said Mark Everidge, Jeremiah's father.

Jessica Everidge says whoever is responsible needs to do the right thing and turn themselves in.

“They literally just drove off like he was a piece of garbage. He’s a 16-year-old kid. It could have went a lot worse and killed him.”

Jeremiah is still in pain, but is expected to recover.

Police also confirmed a report being taken for a similar incident just 15 minutes later. A 10-year-old girl was riding her bicycle near Martin and Little Mack when she was hit and thrown down to the ground. The girl suffered only minor injuries, but once again, the driver kept going.

Witnesses say the suspect was driving a blue-colored Chevrolet SUV.