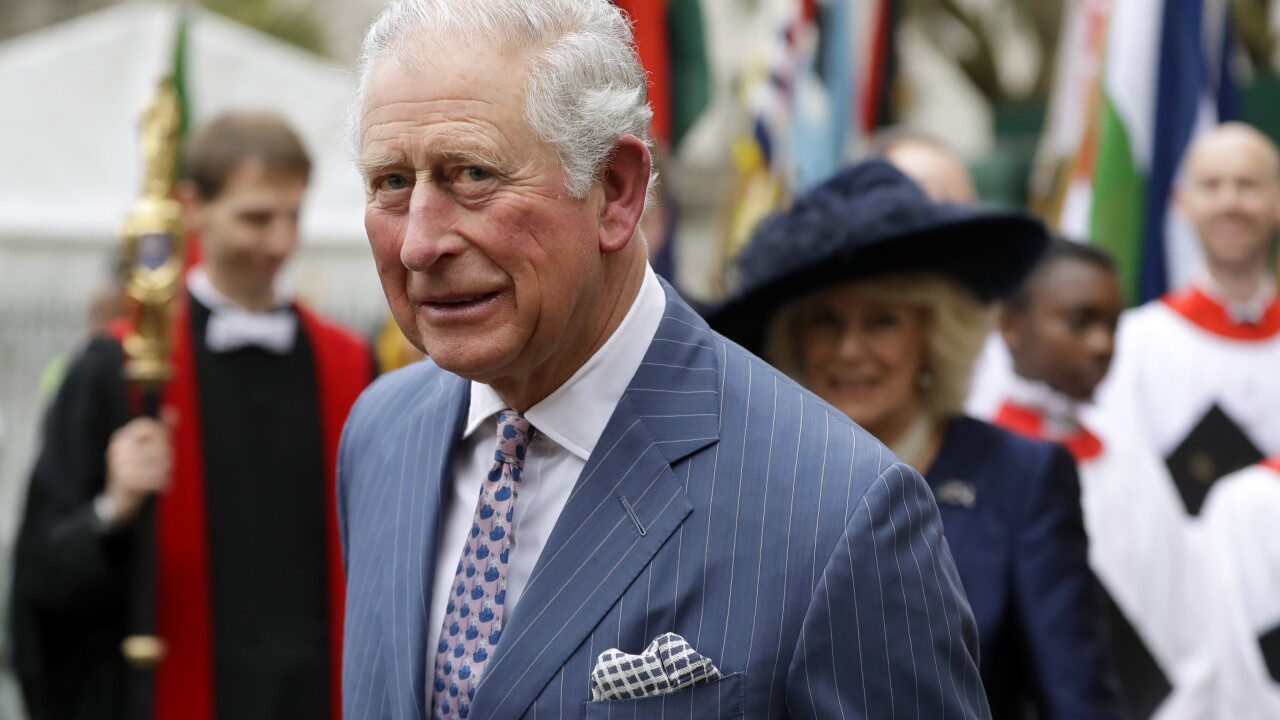 Copyright 2020 The Associated Press. All rights reserved
Kirsty Wigglesworth/AP
Britain's Prince Charles and Camilla the Duchess of Cornwall, in the background, leave after attending the annual Commonwealth Day service at Westminster Abbey in London, Monday, March 9, 2020. The annual service, organised by the Royal Commonwealth Society, is the largest annual inter-faith gathering in the United Kingdom. (AP Photo/Kirsty Wigglesworth)

The heir to the British throne is on the mend.

Queen Elizabeth's eldest son Prince Charles released a video Wednesday morning on the Clarence House Instagram page that he was "on the other side of the illness" after testing positive for the coronavirus last week.

He spent seven days in self-isolation, the BBC reported.

In the video, he praised health workers, who "are under enormous strain and risk as they battle heroically to save lives."

Prince Charles also praised volunteers who are "providing ceaseless care and attention to those most at risk."

In conclusion, he ended the video by saying that "none of us can say when this will end, but end it will."