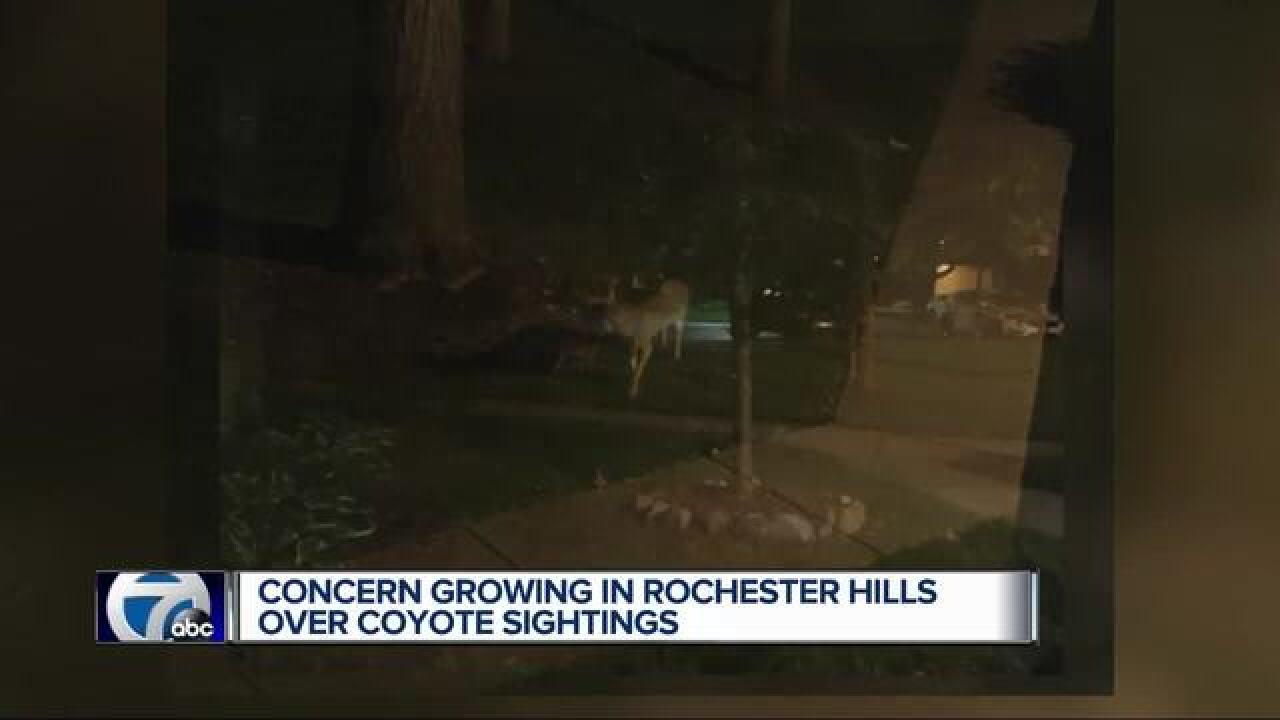 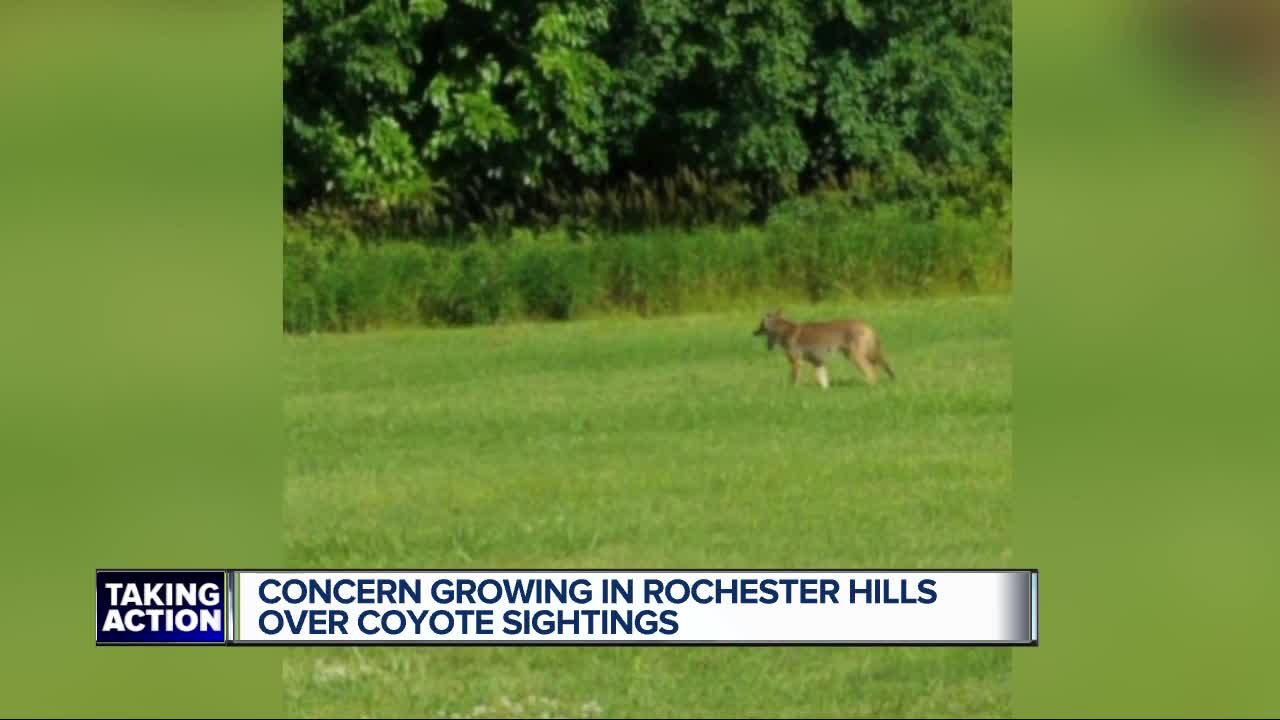 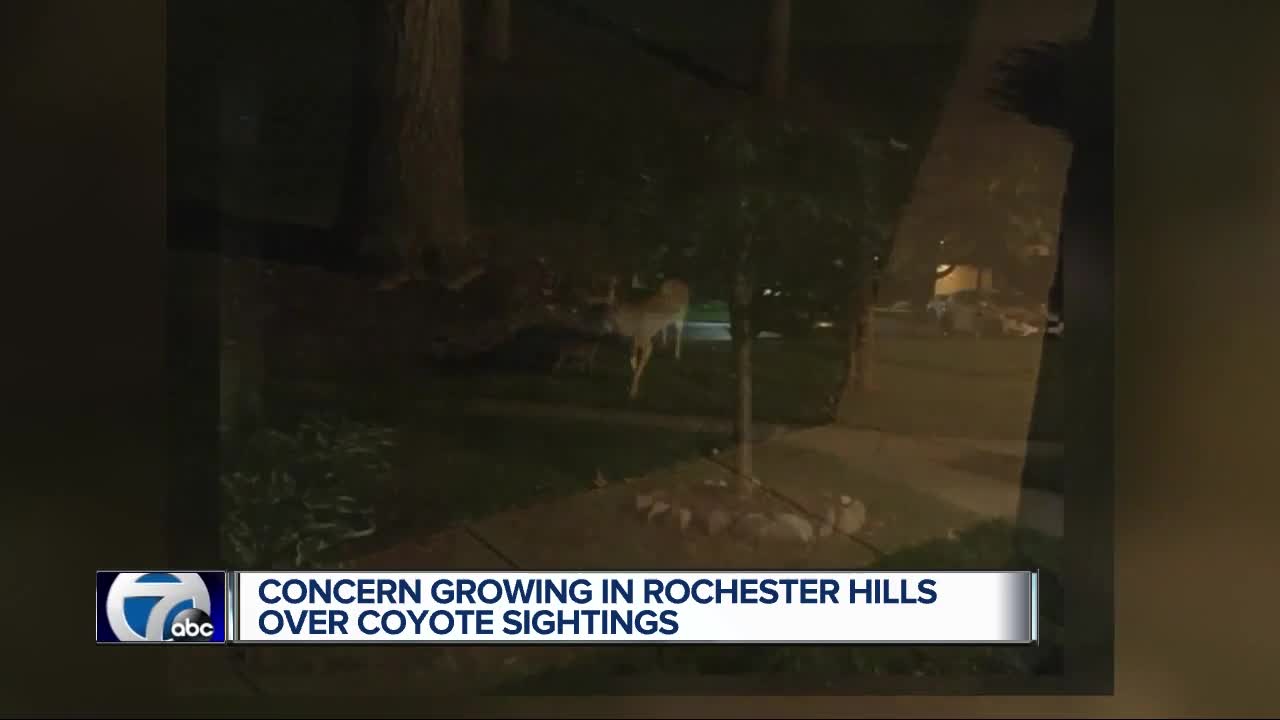 Sightings of coyotes are popping up around Rochester Hills near the Oakland University campus.

In early July, a pair of coyotes were spotted near the Crestwood Village Condominiums and the following morning, a deer was found mauled to death in the same area. Since that news surfaced and was reported by 7 Action News , more and more people have reported coyotes throughout the area.

“They’ve been pretty brazen as of late,” wrote one Oakland University employee, who reported multiple sightings as he drove near Meadow Brook Hall.

That particular OU employee shared a photograph. Others said it’s been the talk of the entire area as more and more sightings are happening.

An OU employee spotted this coyote near campus. Says they're "more brazen" as of late. It comes following the news of coyotes eating a deer in a nearby Rochester Hills neighborhood -- is there reason for concern? Or is there reason for caution? Our story on @wxyzdetroit , next. pic.twitter.com/ZXF3uNZ4PJ

According to experts, there are no sure signs that there are more coyotes in the area. While anecdotal information could cause alarms for some, experts warn that we may simply be seeing more coyotes because we’re aware of their presence, or they could be growing more comfortable with their surroundings.

“When they live in close proximity to humans, they lose a little bit of that apprehension that keeps them at a distance,” said Holly Vaughn, an expert with the Michigan Department of Natural Resources.

The good news is that Michigan does not have any reports of coyotes attacking humans. The bad news is for pet owners. While coyotes don’t regularly attack pets, it’s not unheard of.

Vaughn said that coyotes feast on mice, rats and chipmunks which can be helpful for communities. They will sometimes be bold enough to attack a cat, but Vaughn said when they attack larger animals like dogs, it’s typically over territorial disputes. That’s why experts suggest keeping dogs on leashes if you plan to be outside in an area where coyotes have been spotted.

The question remains: Why are we seeing so many coyotes?

Vaughn believes that we’ve given coyotes reason to believe that living in close proximity to humans holds benefits. For instance, plenty of people leave out food for neighborhood cats or other small creatures. That creates easy access to food, not only for coyotes but for plenty of the animals that they’re willing to eat.

“They put food outside for animals, or even putting garbage out the night before, that could potentially be attracting coyotes,” said Vaughn. “They learn that these food sources are available and that people have good food around their homes.”

She suggests that people engage in gentle hazing if you come across a coyote. Vaughn told 7 Action News that clapping, or yelling, will usually scare off coyotes as they’re naturally scared of humans. That said, it appears that coyotes have become more common in southeast Michigan over the years — some areas have even taken special precautions after attacks on pets.

The Department of Natural Resources prohibits hunting and trapping of coyotes on Grosse Ile, but after multiple attacks on dogs, the township was allowed to hire professional trappers leading to more than 40 coyotes being trapped and killed.