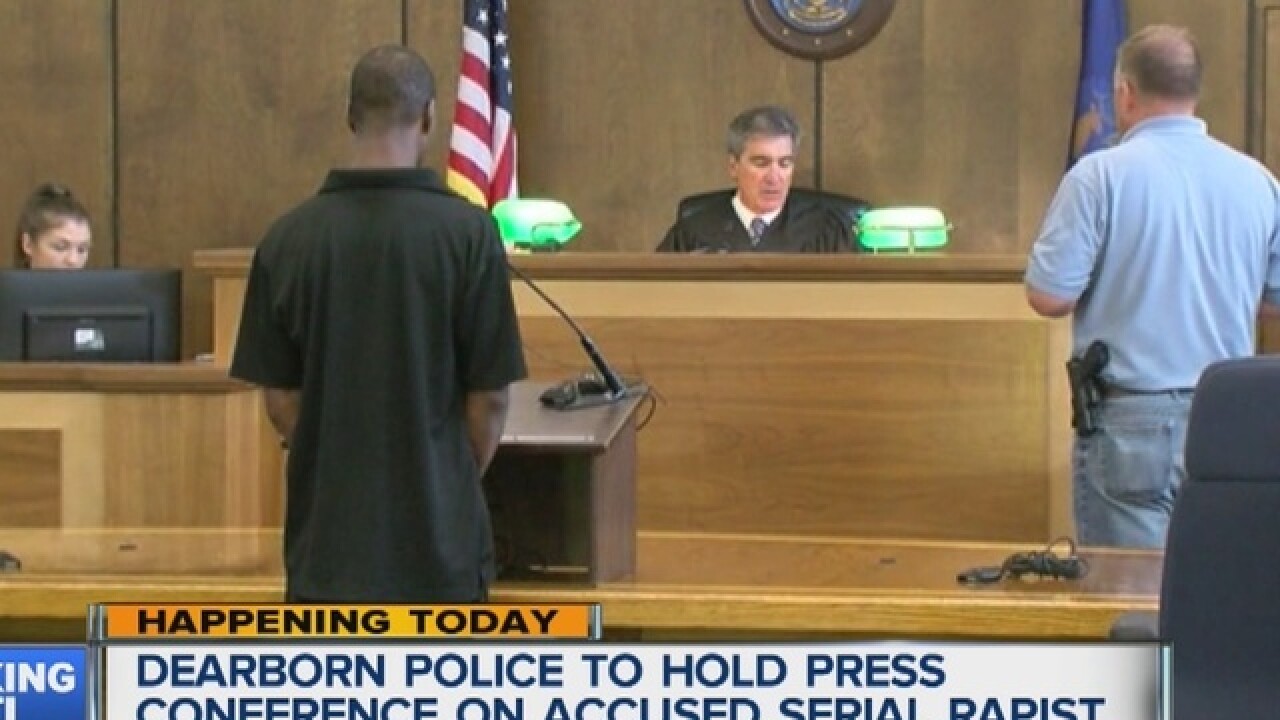 Dearborn Police Chief Ron Haddad held a press conference on Monday afternoon about the arrest of an accused serial rapist.

According to Haddad, there are 35 cases in the region that police believe the accused rapist is responsible for. Dearborn police took him into custody last week.

Channel 7 was the only camera crew in court last week as Ikeie Smith faced a judge in Garden City for the first of many arraignments expected across metro Detroit.

He is facing charges for home invasions and sexual assaults dating back to 2011.

It all started in July 2015 when Dearborn police detectives observed a pattern to home invasions near the Dearborn and Allen Park border than involved some sort of sexual assault.

The task force reviewed hundreds of reports from multiple agencies in southeast Michigan, and determined that more than 30 cases were related. They vetted numerous suspects, cleared all prior suspects, and developed the suspect's modus operandi.

In August 2016, Livonia police got surveillance video of a suspicious person walking through a resident's yard, and the task force determined that person might be the suspect.

A month later, they received an anonymous tip via Crime Stoppers and investigated it. On Sept. 7, the suspect was taken into custody, where he admitted responsibility for several of the cases in different cities.

Police tell us he broke into homes and attacked women inside.

In at least one case, a woman was assaulted at knife point while her husband and kids slept in nearby bedrooms.

Police tell us they have DNA evidence connecting him to at least seven cases.

We spoke with his mother last week who was in shock, describing a hard-working family man with a 7-year-old daughter.