Four injured in birthday party shooting on Detroit's east side 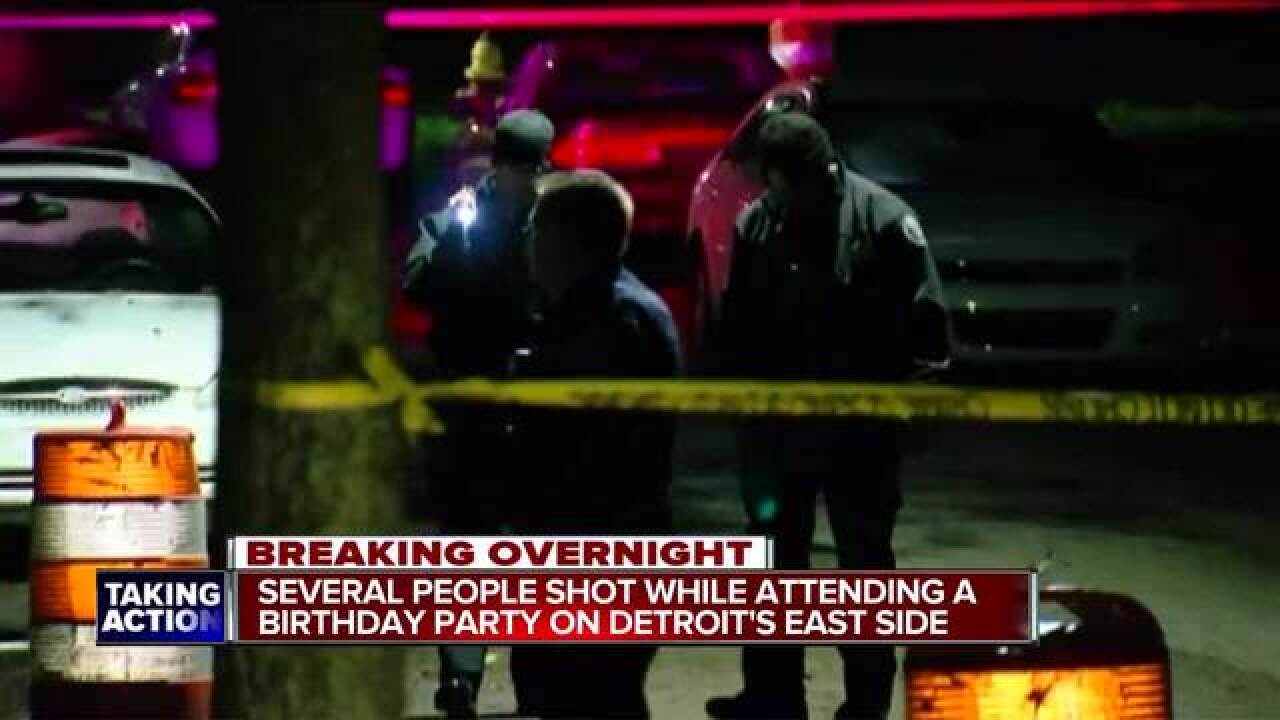 Gunshots rang out at a birthday party on Detroit's east side this past weekend, injuring multiple people.

Police say at least three people were shot at during the party, and a fourth victim was hit down the street.

Investigators say it happened around 11:20 p.m. Sunday in the 5300 block of Cooper near East Warren Ave. and McClellan Ave.

All three told police they were at a birthday party when two men started shooting.

The fourth victim, a 31-year-old man down the street, says he was walking when two men walked up to him and shot him in the backside and ran away.

That man says he hopped on one leg to his home where he called police.

Police do not have a description of the suspects, they only know they are looking for two armed men.

All of the victims are listed in temporary serious condition at Detroit Receiving Hospital.