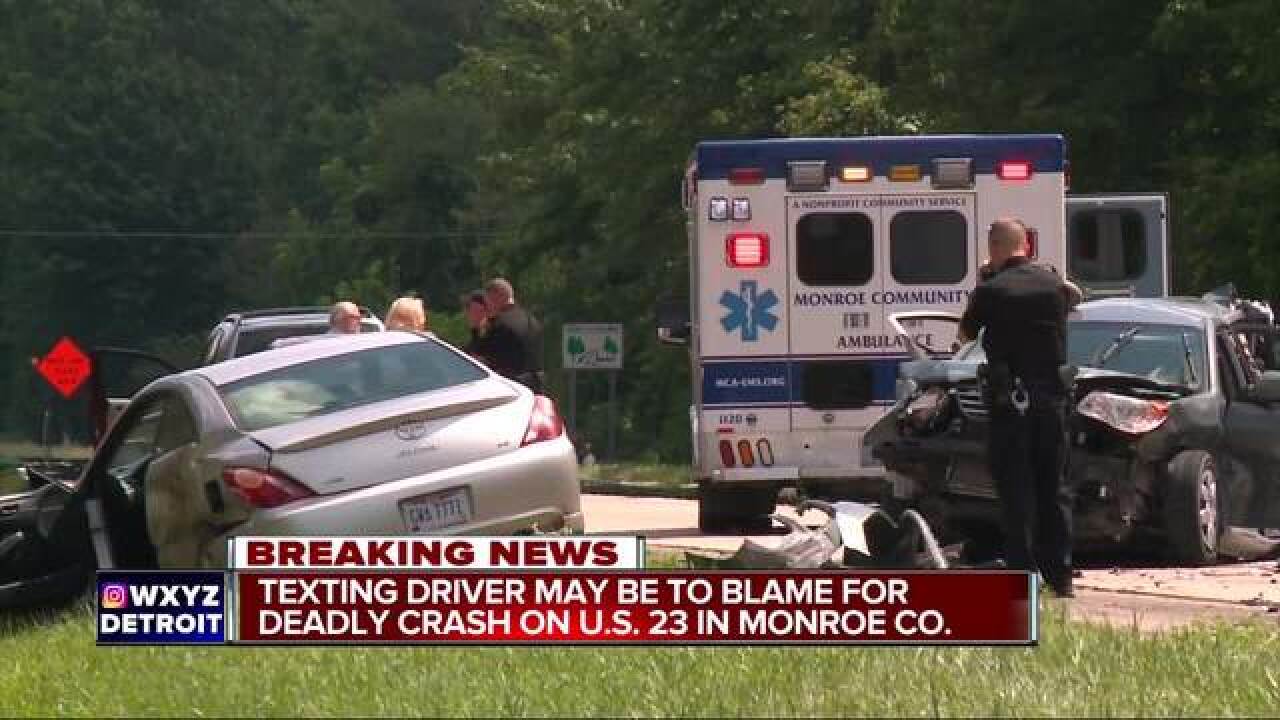 A metro Detroit woman and her 5-year-old daughter who were killed in a distracted driving crash on US-23 Friday night have been identified.

According to the Monroe County Sheriff's Office, Gladys J. Johnson and 5-year-old Za-Kira Johnson were killed in the crash. Both are from Ohio but live in Redford.

Police say the crash happened on US-23 north of Summerfield Rd. around 2:20 p.m. Friday. Johnson was driving southbound in a 2010 Hyundai Elantra when it was rear ended on US-23 by a 2007 Dodge Ram.

Police say 27-year-old Todd Moyer of Holt was driving the truck. It is believed he was texting while driving.

The force of the crash sent the Hyundai into a 2004 Toyota being driven by a 20-year-old from Findlay, Ohio.

Moyer's truck continued on after hitting the Hyundai, striking a 2012 Cadillac CTS with a Troy couple inside.

Both the woman and the child were pronounced dead at the scene.

All of the other people involved refused medical treatment.

If you would like to donate to the Johnson family to help with funeral expenses, click here.