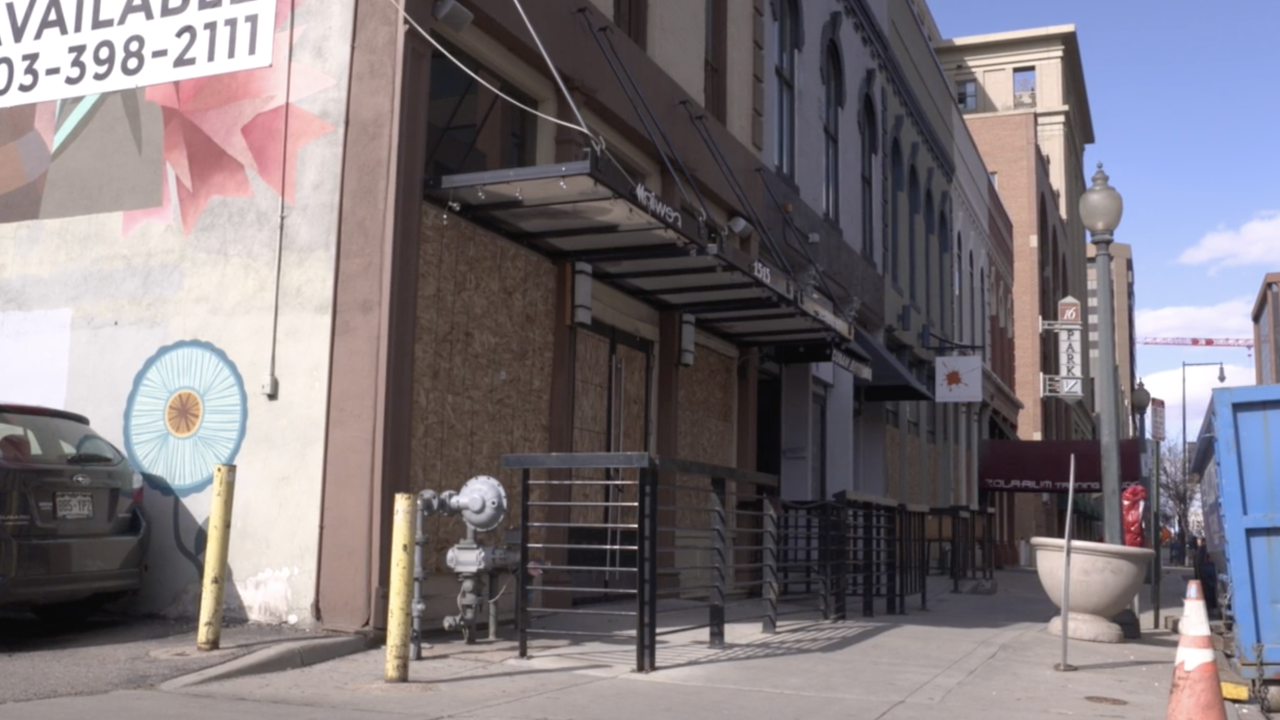 Fears of looting and vandalism are causing some closed businesses to board up.

“A lot of our team came from New Orleans and lived through (Hurricane) Katrina and they were like, ‘you’re crazy if you don’t,’” said Jake Linzinmeir, owner of Jovanina’s Broken Italian restaurant in downtown Denver.

After seeing several neighboring businesses on his block use thick plywood to barricade their properties, Linzinmeir decided to do something similar. This comes as the coronavirus empties city streets and fills small business owners with big concerns.

“I felt a little bit like I was giving into the fear by doing it,” he said. “But then I thought about what if I have to replace $20,000 worth of historic windows in this building.”

That thought prompted Linzinmeir to spend two hours installing $100 worth of materials to protect his property. After speaking with law enforcement in Denver, Linzinmeir believes he made the right choice.

“I kind of did a straw poll survey of some of the cops around and they were all kind of like – I mean they weren’t scare mongering at all – but they were like, ‘this is going to get worse before it gets better, you should be on the safe side and if I were you, I’d do it,’” he said.

Denver police did not send us crime statistics but did send us a statement discussing crime prevention techniques for storefronts. Those included installing better locks on doors, ensuring windows are closed and secured and removing merchandise away from windows to reduce visibility.

“We definitely have a lot of expensive equipment and we are a small and any hit to us would be detrimental to our success,” said Corey Wall, co-owner of Little Owl Coffee.

Wall says boarding up isn’t an option because if they do, they might not ever reopen.

“If we shutdown we run the risk of losing our shop,” he said. “It’s a little apocalyptic.”

It’s more than just small businesses adjusting during this pandemic. Major retailers like Ross Dress for Less have boarded some of its properties as well.

As for Linzinmeir, he says it’s important to take matters into his own hands because insurance might not cover the damage.

“It takes two seconds for someone to throw a brick throw threw those big plate glass windows and wreck years’ worth of work,” he said.

For now, he plans on keeping it his business boarded up until they can reopen.