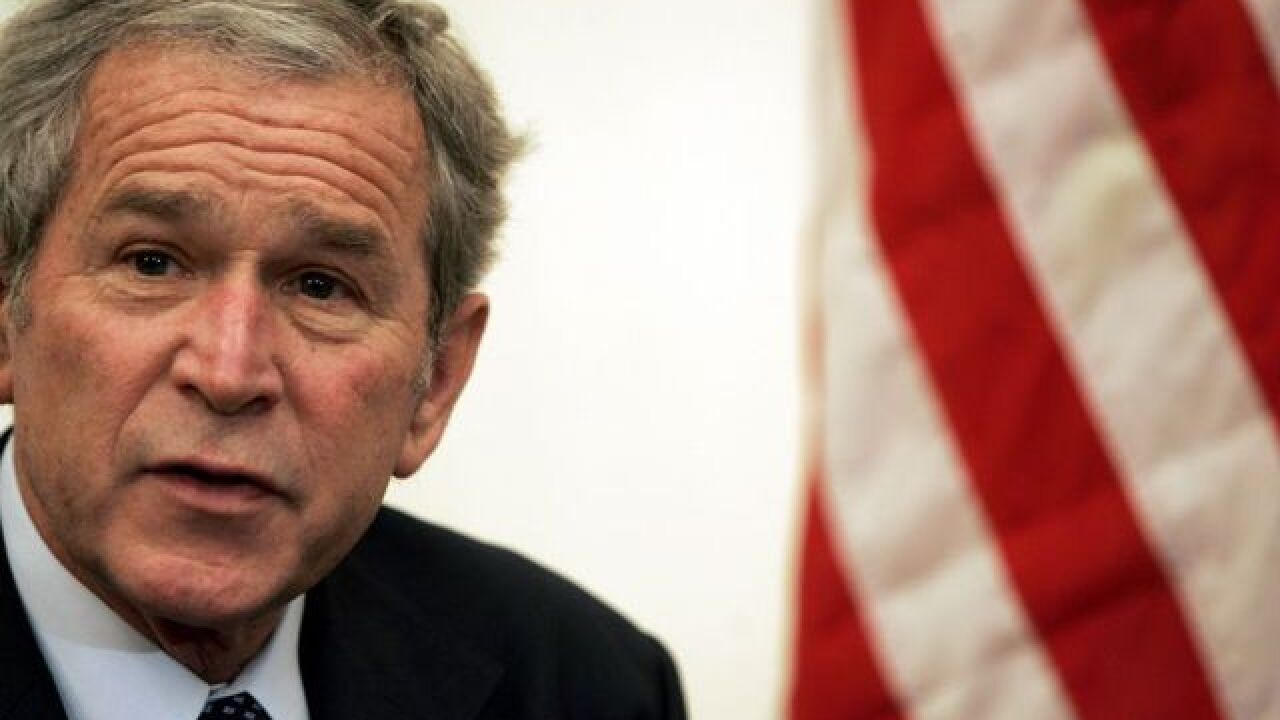 By: Mina Abgoon
Posted at 1:13 AM, Nov 15, 2016
Every once in a while it’s a relief to take a break from the crazy world of politics.
And that’s exactly what George W. Bush gave us on Monday, delivering his Facebook followers an important and adorable announcement: He adopted a puppy.
The 43rd president posted a photo of him and his wife, former first lady Laura Bush, holding the puppy they apparently named “Freddy.”
"We already love him, and even our cats Bob and Bernadette are finding Freddy's charm futile to resist," Bush wrote on his Facebook, adding, “If you could use a little extra joy in your life, consider adopting a pet from an animal shelter or rescue group.”
Freddy isn’t the first famous Bush dog, though.
During Bush’s administration, Scottish terrier Barney Bush was referred to “First Dog” and even had his own White House website.
Copyright 2016 Scripps Media, Inc. All rights reserved. This material may not be published, broadcast, rewritten, or redistributed.