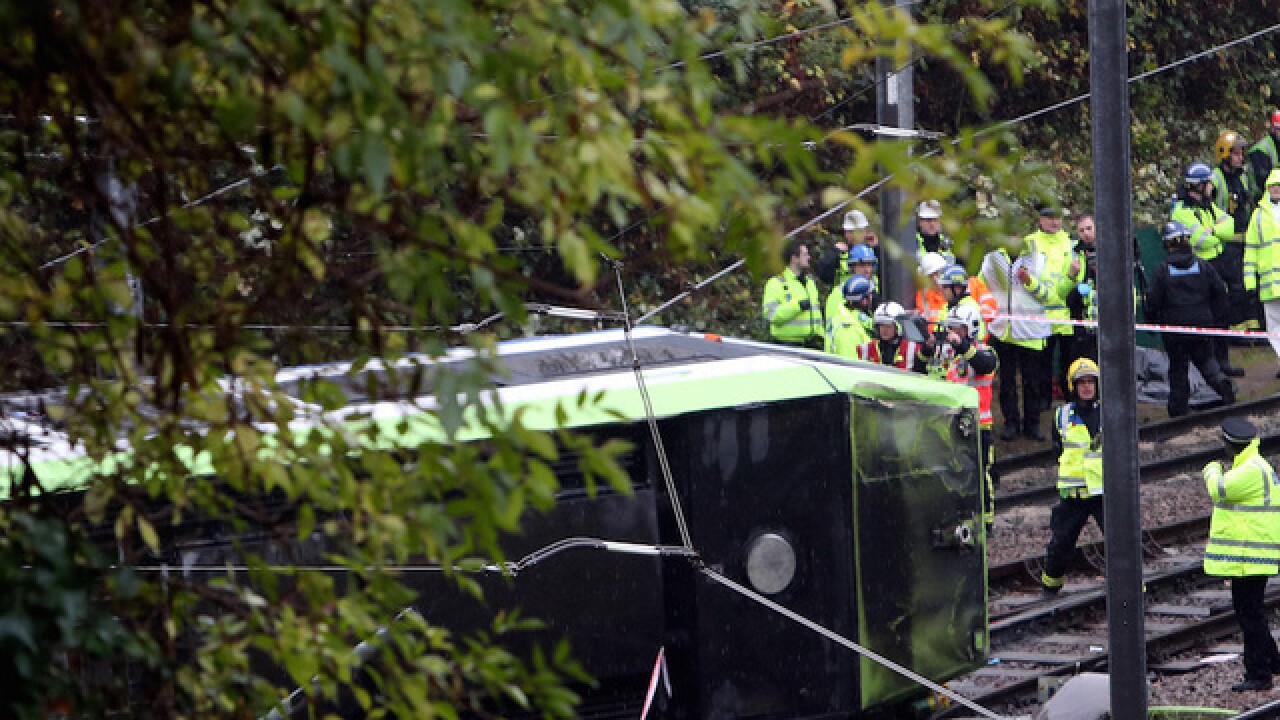 LONDON (AP) — Seven people were killed and more than 50 injured when a tram derailed while rounding a tight curve in a rainstorm in south London Wednesday, police said.

Investigators said the train, which tipped over on its side, apparently was going faster than permitted.

Police arrested the 42-year-old tram driver on suspicion of manslaughter.

Emergency workers labored for hours to free five people trapped in the wreckage of the two-carriage tram tipped over next to an underpass in the Croydon area.

The Rail Accident Investigation Branch said the tram derailed as it was negotiating a sharp curve with a speed limit of 12 miles per hour (20 kph).

"Initial indications suggest that the tram was traveling at a significantly higher speed than is permitted," it said in a statement.

"There was a woman that was on top of me ... I don't think she made it at all," Bamford said outside Croydon University Hospital, where he was treated for rib injuries. "She wasn't responsive. There was blood everywhere."

Bamford said the driver told him that "he thinks he blacked out."

Liam Lehane of the London Ambulance Service described many of the people hurt as "walking wounded" but said others suffered serious injuries.

The rescue units are equipped with heavy lifting and cutting tools, together with longer duration breathing apparatus and floodlighting.

"I heard a massive crash at about 6:15 a.m., then heard shouting, then the emergency services arrived," said resident Hannah Collier, 23. "They started bringing up the casualties, some very seriously injured."

The British capital's only tram network operates in the southern end of the city, serving 27 million passengers in the last year.

Wednesday's derailment is the first tram accident with onboard fatalities since the 1950s, but official figures show that 20 people were injured in 112 tram-related accidents in the year to March, including one derailment and two collisions with other trams.