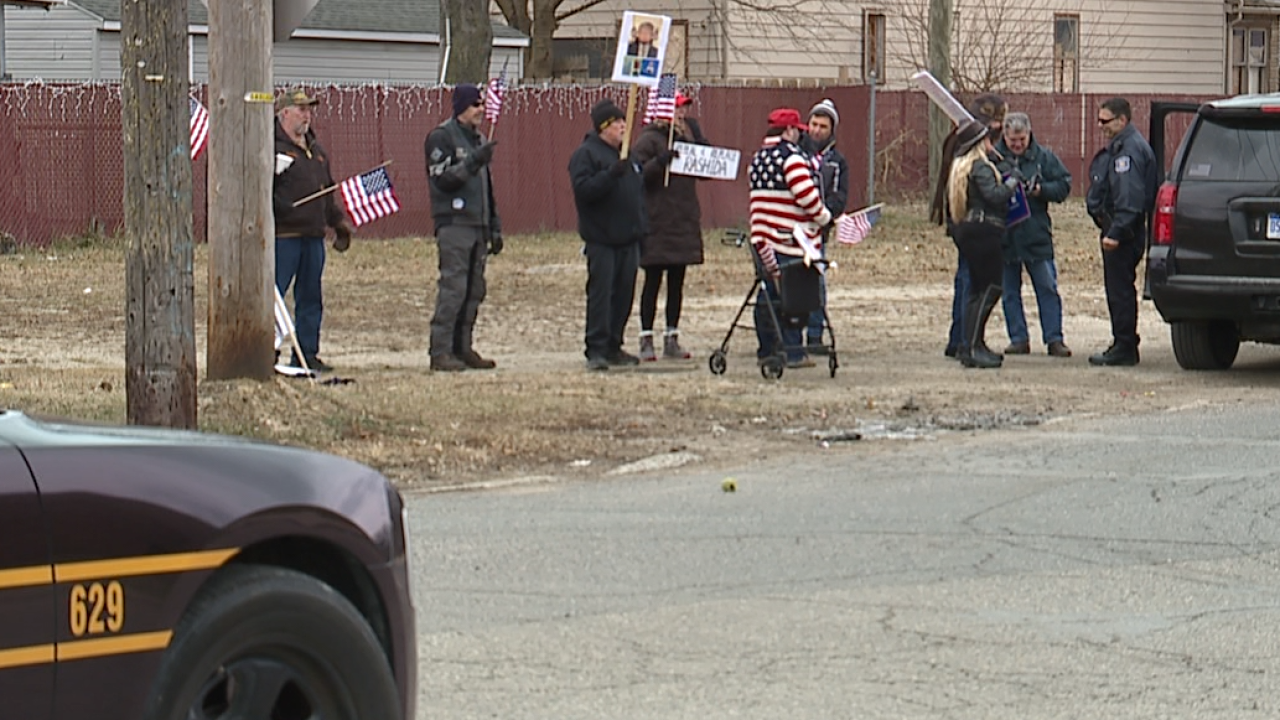 But not everyone was happy about it.

The protest comes on the cusp of Congresswoman Tlaib calling President Donald Trump a derogatory term while pushing for his impeachment.

“Overall we are upset with her rhetoric, I know that some people call us hypocritical for that, but there is a certain respect you should have for the Commander-and-Chief," said Benjamin Hersh.

Congresswoman Tlaib spoke to the media after her swearing-in about the protest.

“These are not my residences of course he’s got people that are here and they come from a far you know my mere existence scares them.”

She is the first Palestinian-American woman to serve in the U.S. Congress, and her first order of business is addressing the government shutdown.