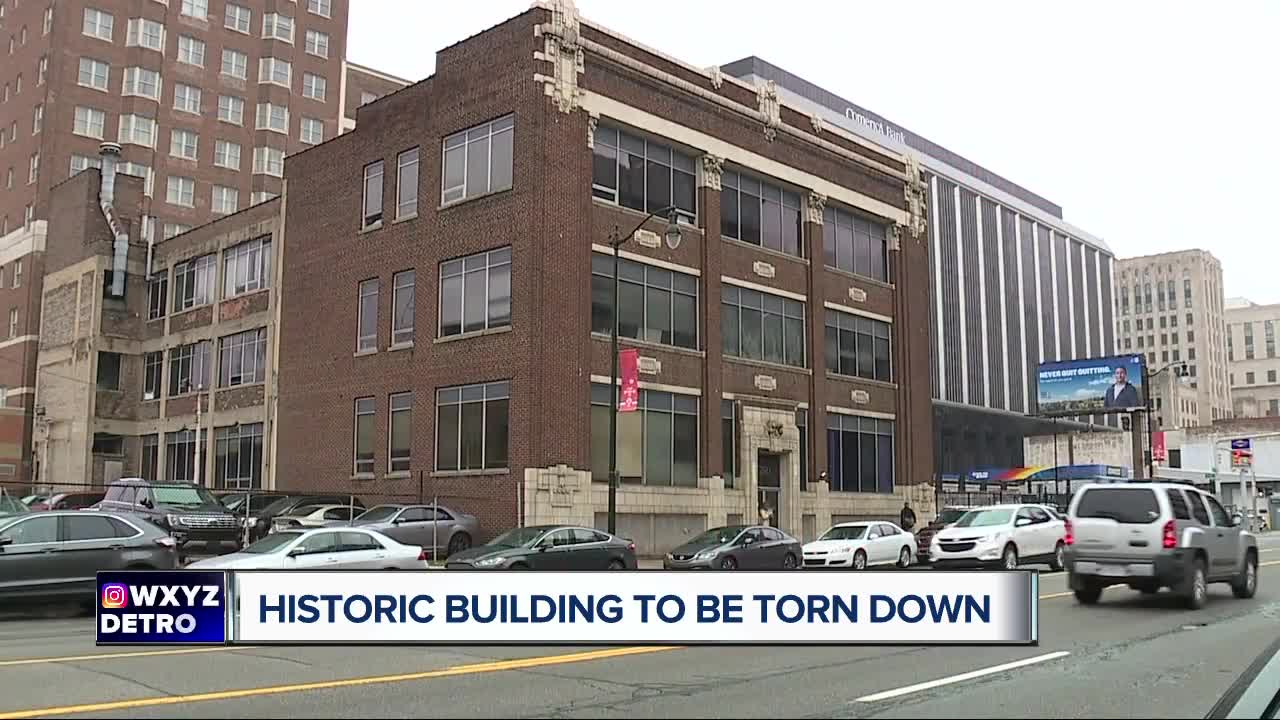 The fight to save the Detroit Saturday Nigh Building is now over, to the frustration of city preservationists.

DETROIT (WXYZ) — The fight to save the Detroit Saturday Night Building is now over, much to the frustration of city preservationists.

“This was a weekly magazine that came out and covered the social life of Detroit for a number of years in the 1920s," explained Francis Grunow, with a new group called Detroiters for Parking Reform.

The building's demolition will make room for promised parking for people who live in the Fort Shelby Luxury condos, a project that's been in the works for several years.

The city's pension fund is a major investor in the project.

Francis Grunow is with @detroitparking. He says there's too much surface level parking in the city already @wxyzdetroit pic.twitter.com/6SdYGA1Cxt

Tuesday, the Detroit City Council failed to approve a historic designation for the building, which would have saved it from the demolition.

“There simply is no way this project can come to fruition and provide parking for the condominium units which has been part and parcel of this project from day one without demolishing that building," said Charles Raimi, Deputy Corporation Council for the city.

The city looked at ways to save the building as well, but with it's own investment on the line, felt the parking was necessary for the condos to be successful.

The space will now be used to provide around a dozen reserved parking spots for Fort Shelby residents.

"We’re surrounded by parking," Grunow said. "There’s literally thousands of parking spaces within a few hundred feet of this site."

His group is working to put a moratorium on surface level parking altogether, arguing its eating up too much space downtown.

The three-story brick building on Fort Street is set to be demolished in the next several days.