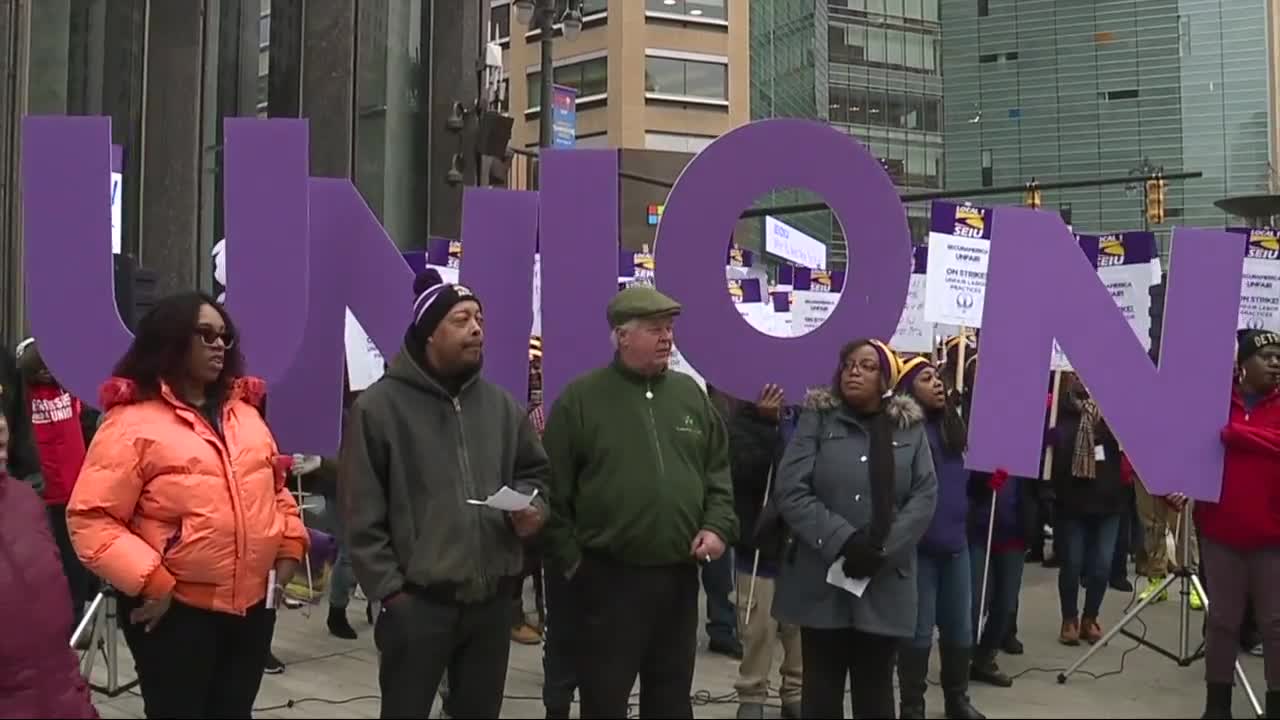 DETROIT (WXYZ) — Today, non-union security guards and supporters came out in the hundreds, rallying against what they call unfair labor practices by their contracting company, the Atlanta-based SecurAmerica.

After striking last year, janitors in those same buildings won a path to a $15 dollar wage with a good union contract. Wages for security workers have also increased to a minimum of $15 an hour.

However, without it being backed by a union contract, they say they're concerned it won't stick. Security workers say they want the ability to collectively bargain for more affordable healthcare and better safety training.

SecurAmerica does offer its workers healthcare, but workers say it's not affordable and that even with the coverage, they’re forced to rely on public assistance to make ends meet.

The strike comes as criticism builds over Detroit’s "comeback." Despite their tax dollars going to the city’s revitalization, workers staffing and protecting Detroit's office buildings, living in the city's real neighborhoods say they have yet to feel the positive impact.

In a statement to 7 Action News, a SecurAmerica representative said: “We have provided a competitive wage and benefit package that includes substantial pay increases for our security officers who are now among the highest paid in Detroit. While we respect the right to protest, we are committed to continuing to engage directly with our associates on any issues they may have.”

SecurAmerica said they had no interest in engaging a union, or any other third party.