Suspect in police officer's murder could be charged Tuesday, prosecutors prepare for announcement 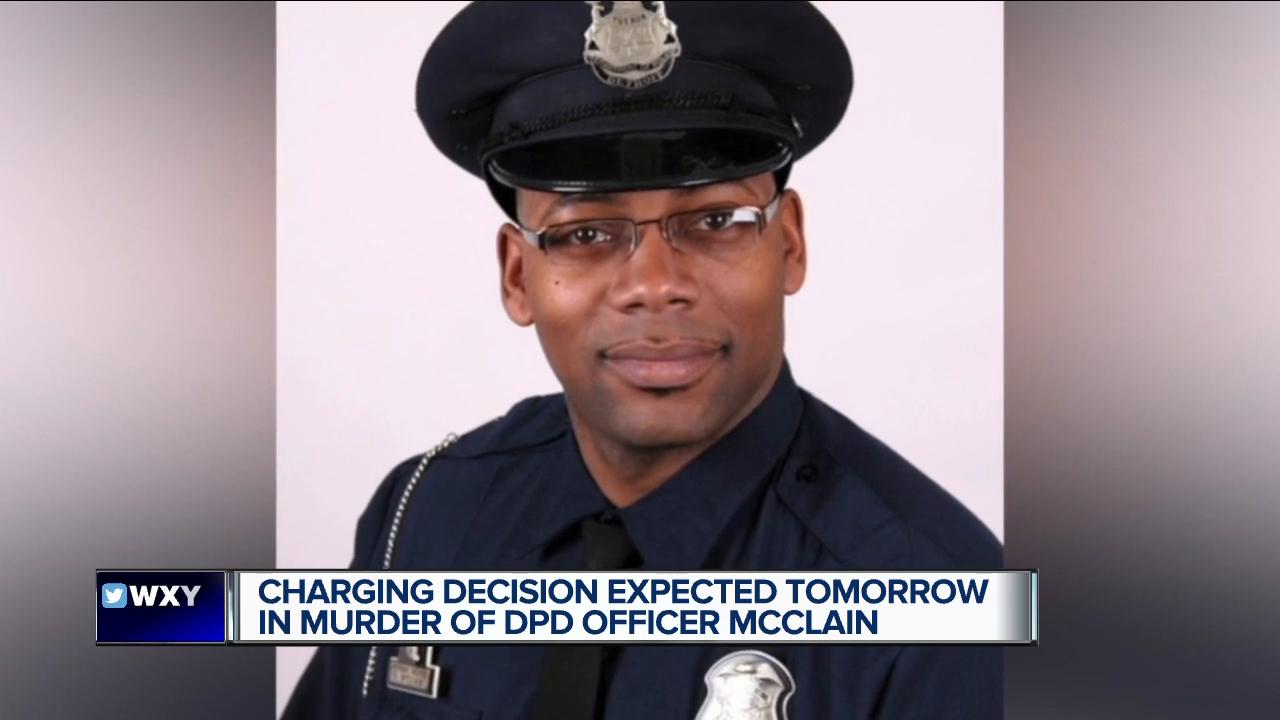 Wayne County Prosecutor Kym Worthy will announce a charging decision for the suspect in a fatal shooting of Detroit police officer Rasheen McClain on Tuesday.

The 28-year-old suspect had been in the custody of Detroit Police after the deadly shooting on November 20, but he has now been sent back to prison in Jackson where he's being held on a possible parole violation - the alleged killing Officer McClain.

The suspect's criminal history includes assault and he will be transported back to Detroit if Worthy's decision is to charge him with murdering Officer McClain.

The suspect is also accused in the fatal shooting of Dontez Calhoun. Calhoun and his brother were both allegedly shot by the same suspect just two days before the police shooting. Calhoun's brother survived his injuries.

More information could also be revealed this week when it comes to the investigation into Detroit Police Sergeant Ronald Kidd who allegedly failed to help Officer McClain, his partner and other officers when they were under fire at the house on Wyoming just south of 8 Mile Road.

McClain and the others were responding to a report of a home invasion.

Police officials accuse Kidd of cowardice, saying he sat in his police vehicle nearby and allegedly heard officers calling for help but failed to respond.

"The main thing my client is looking at is to clear his name of these defamatory remarks that have been made against him," said attorney Odey Meroueh who is now representing Sgt. Kidd. "At this time, we're having internal negotiations between us and the police department. We have just began those talks and we are in the process of internally discussing what to do to move forward."

Stay with 7 Action News for the latest developments.