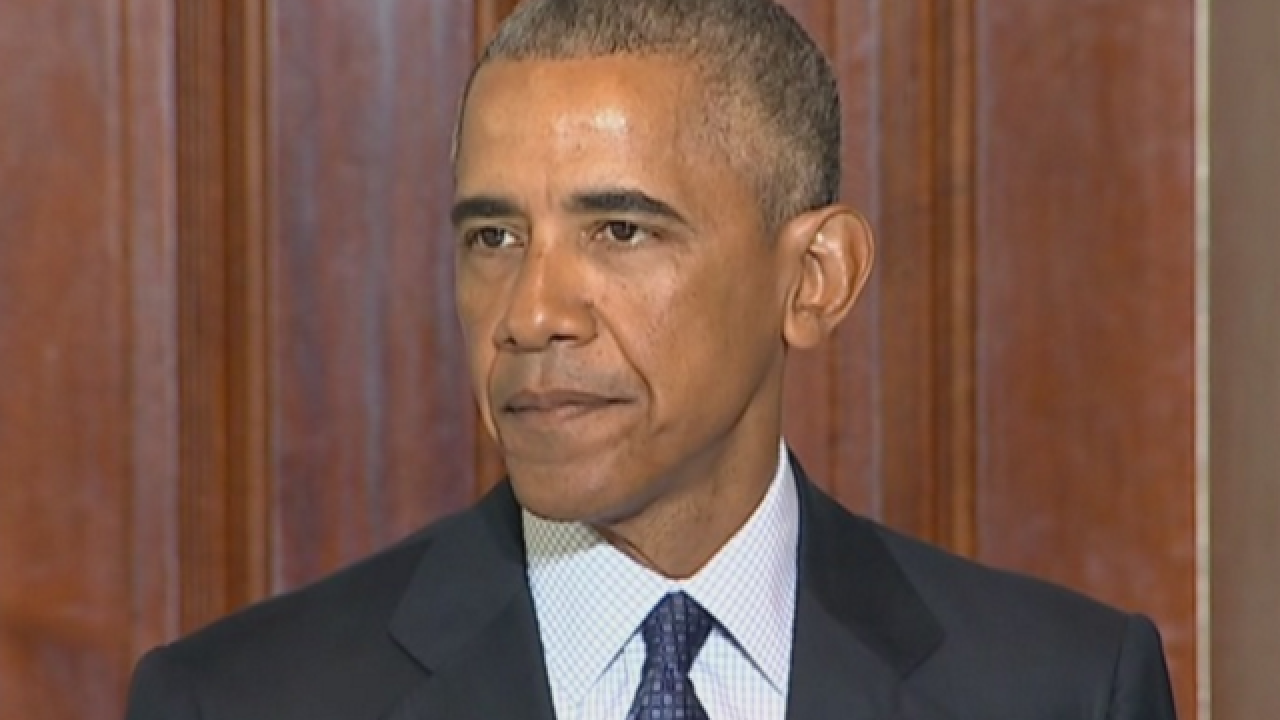 Speaking to reporters after a briefing on the Orlando shooting, Obama said Trump's call for tougher talk on terrorism and a strict ban on Muslim immigration would undermine American values. Obama said the proposals would make Muslim Americans feel betrayed by their government.

The president's remarks were his first reaction to Trump's speech Monday after Sunday's mass shooting — and perhaps his strongest yet on the threat he sees the businessman candidate poses to the U.S. politics and security.

"We've gone through moments in our history before when we acted out of fear and we came to regret it," Obama told reporters. "We've seen our government mistreat our fellow citizens and it has been a shameful part of our history."

"Where does this stop?" he said.

Obama directly addressed a specific critique lodged not only by Trump, but by other top Republicans, that his counterterrorism efforts have been hampered by his refusal to use phrase "radical Islam" when describing the forces urging attacks like the one in Orlando.

"There's no magic to the phrase 'radical Islam,'" he said. "If someone seriously thinks we don't know who we're fighting, if there's anyone out there who thinks we're confused about who our enemies are, that would come as a surprise to the thousands of terrorists we've taken off the battlefield."

Obama is arguing that treating Muslim-Americans differently won't make the U.S. safer. He says it will make the country less safe by fueling the notion among followers of the Islamic State group that the West hates Muslims.

Obama lashed out a day after presumptive Republican nominee Donald Trump doubled down on his proposal to temporarily ban foreign Muslims from entering the U.S.

Obama says the U.S. was founded on freedom of religion and that there are no religious tests in America.

He says such talk makes Muslim-Americans feel like their government is betraying them.

Obama commented after meeting with his national security advisers on the threat posed by IS. He also was briefed on the investigation into the Orlando nightclub shooting.

pushing back against those challenging him to describe recent terrorist attacks in the United States as the work of radical Islam.

Obama is questioning what the label would accomplish and says that calling a threat by a different name doesn't make it go away.

He says such labels won't make Americans safer, but will make them less safe by fueling the notion that the West hates Muslims.

Obama is speaking after meeting with his National Security Council. The meeting was scheduled before the mass shooting at an Orlando nightclub.

He says the military campaign against the Islamic State group is "firing on all cylinders" with coalition forces taking out more than 120 of the group's top leaders and commanders.