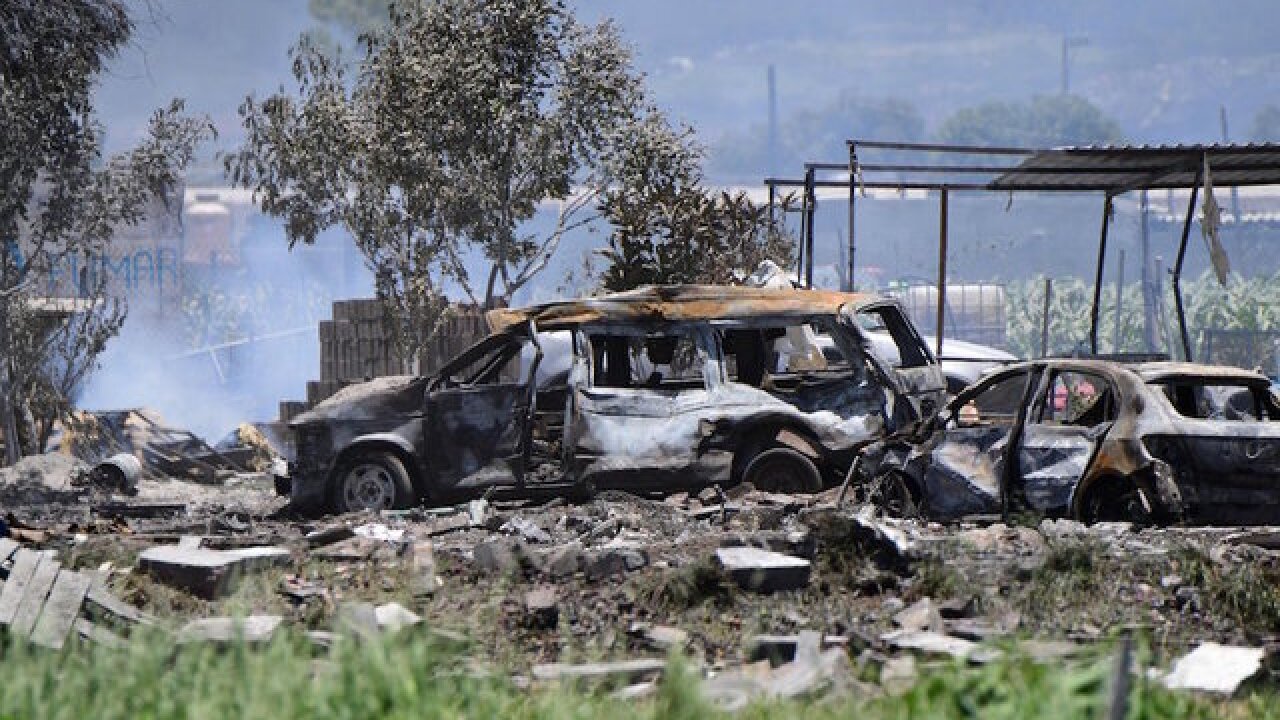 At least 24 people were killed in a series of explosions Thursday in Tultepec, a Mexican town where similar deadly incidents have occurred before.

Dozens of others were injured in the explosions at pyrotechnics workshops, said Luis Felipe Puente, civil protection coordinator of the secretary of the interior.

An initial explosion was followed by three more within an hour, said Gabriel O'Shea, the state health secretary, who added that one victim was 7 years old.

The explosions occurred in the La Saucera area of Tultepec, according to a statement by the federal government. The city, about 40 kilometers (25 miles) north of the capital, bills itself as the country's fireworks capital.

Emergency teams were responding to the call for the first explosion when a second explosion occurred, resulting in the deaths and injuries of members of those teams.

Firefighters, police officers and civilians were among those killed, the government said.

About three dozen people were killed in the city's San Pablito market in 2016. An explosion at the same fireworks market in 2005 injured a large number of people and caused extensive damage.

The city has a 200-year tradition of manufacturing pyrotechnics, and is host to a huge fireworks festival every year that's drawn international attention.