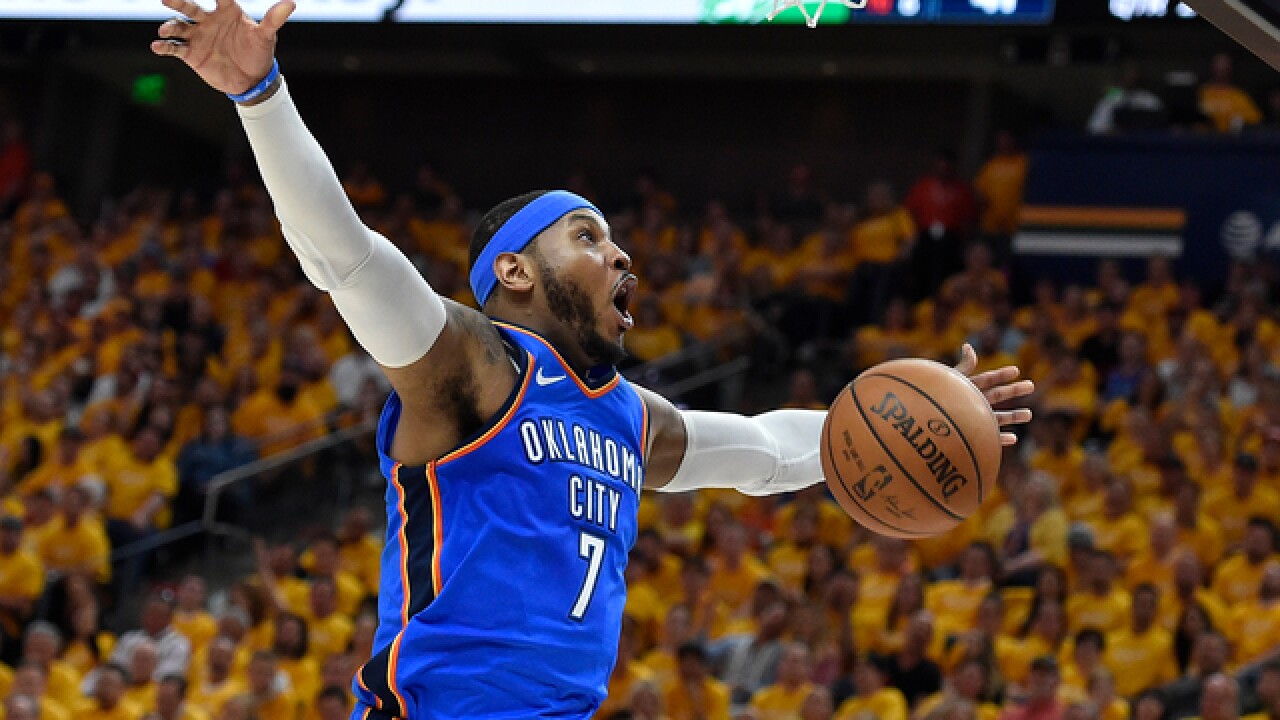 Copyright Getty Images
Gene Sweeney Jr.
<p>SALT LAKE CITY, UT - APRIL 21: Carmelo Anthony #7 of the Oklahoma City Thunder reacts to his basket in the first half during Game Three of Round One of the 2018 NBA Playoffs against the Utah Jazz at Vivint Smart Home Arena on April 21, 2018 in Salt Lake City, Utah. (Photo by Gene Sweeney Jr./Getty Images)</p>

(AP) -- Carmelo Anthony has played his last game for the Oklahoma City Thunder, barring a massive change of plans.

A person with knowledge of the negotiations said Friday that Anthony and the Thunder have mutually decided that he will not be on the team next season, though it remains unclear how that departure will actually happen. The person spoke on condition of anonymity to The Associated Press because no buyout, trade or waiving has been executed.

ESPN first reported the decision by Anthony and the Thunder. The person who spoke to AP says Anthony would prefer to sign with a contender if he becomes a free agent.

Anthony is due to make $28 million this season, his last in a five-year, $125 million contract he signed with New York before getting moved to Oklahoma City. He has said he will not accept a reserve role, and by parting with him -- somehow -- the Thunder could save more than $90 million in luxury tax payments.

Anthony averaged 16.2 points on 40 percent shooting last season, both of those being career-lows.