Lions fans vent, but defense wilts in loss to Vikings 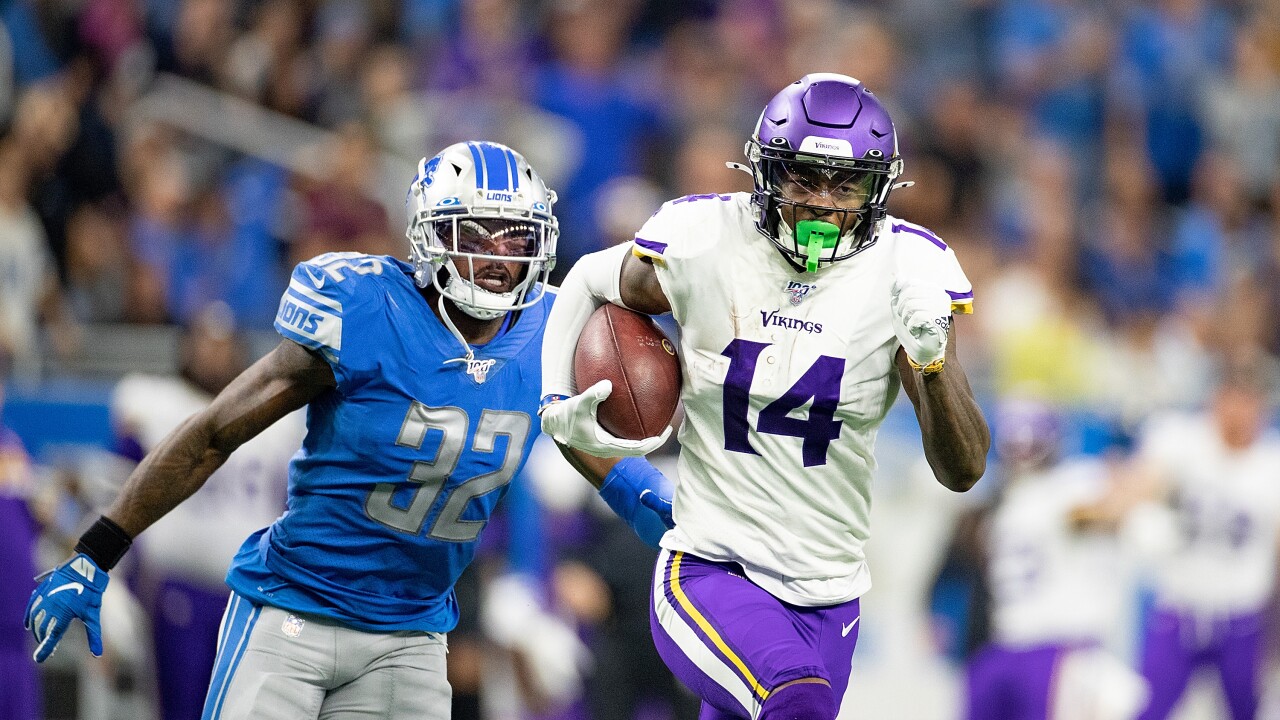 DETROIT (AP) -- The fans in Detroit booed the officials during the opening coin toss, then again when the game's first flag was thrown.

That turned out to be a penalty on Minnesota, but by the end of the fourth quarter, the crowd had plenty of other reasons to be annoyed.

The officials weren't the story of this game. The Lions lost because they couldn't stop Dalvin Cook, Stefon Diggs, Kirk Cousins and the rest of the Minnesota offense. The Vikings rolled up 503 yards in their 42-30 victory Sunday, handing Detroit its third straight loss.

The Lions were on the wrong end of some questionable calls late in their 23-22 loss at Green Bay on Monday night. Their fans came ready to vent their frustration against Minnesota, but quarterback Matthew Stafford said that reaction didn't affect the players much.

"It doesn't have any effect on me, I don't think it does on the guys on our team," Stafford said. "You can ask the refs if it affects them, I don't know, but I think they're pretty used to it, probably, too. We've just got to go play the game. I understand people are upset at certain times for whatever reason, but for us, what we can control is scoring, not letting them score -- and we didn't do a good enough job of that today."

Stafford become the fastest quarterback to reach 40,000 yards passing, eclipsing the mark in his 147th game. He threw four touchdown passes, all to Marvin Jones, but the Lions allowed easily their highest point total of the season.

Cook ran for 142 yards, and Cousins threw for 337 and four touchdowns. A 66-yard pass to Diggs set up a late insurance touchdown that helped seal the victory.

Detroit was unbeaten through three games before this current losing streak. The Lions lost a close game at home to Kansas City -- no shame in that -- and then fell on the road in controversial fashion to the Packers. In this game, they were simply outplayed.

The defense in particular had problems. Cousins wasn't sacked a single time, and Cook was terrific.

Detroit defensive end Trey Flowers was asked if he thought the Lions would play angrier, given the nature of their loss to Green Bay.

"You don't really stand on emotions. You stand on fundamentals and hard work," he said. "So, whether emotions were high or low today, it all goes back to the fundamentals that you prepare with. It all goes back to the technique and things like that. It's just one of those deals that whatever happened last week, you can't let it carry over to today, whether that's anger or sorrow."

The Lions were feisty at the end, when there was some pushing and shoving as Minnesota tried to kneel out the clock, but by then it was much too late. If Detroit tried at all to use the loss to the Packers as fuel, it didn't seem to matter much.

"I don't think the frustration or really the emotion of playing the game is ever wiped out. I think the emotion gets carried through this game from year to year, play to play, week to week, decade to decade, if you're in it that long," Lions coach Matt Patricia said. "But from a rally cry or anything like that, you just want to make sure that you're not focusing on or paying too much attention to the wrong thing."