Bach to travel to Brazil to check on Rio Games 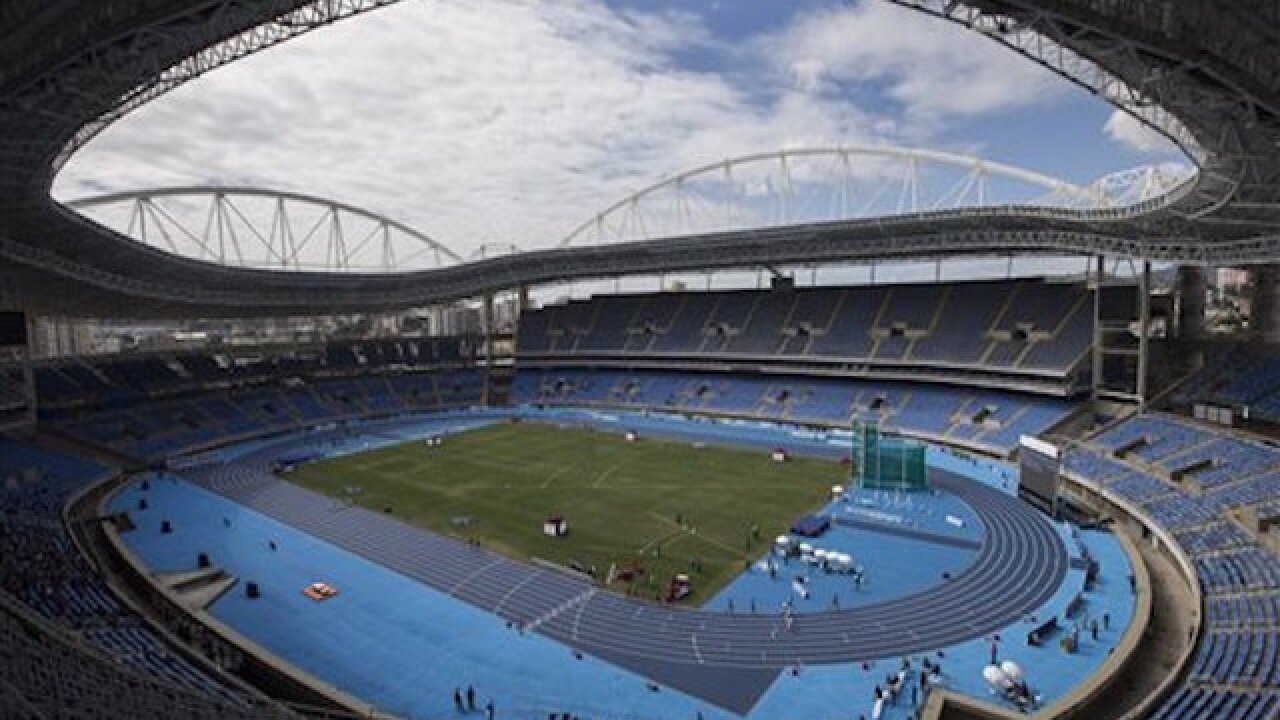 Copyright Associated Press
Felipe Dana
<p>This is a Saturday, May 14, 2016 file photo of the Rio Olympic Stadium during the Men's 3000m steeplechase final Athletics test event in Rio de Janeiro, Brazil, Saturday. With the opening ceremony just over two months away, Olympic leaders have plenty of challenges to discuss this week when they meet for the last time before gathering in Rio de Janeiro on the eve of South America&iacute;s first games. (AP Photo/Felipe Dana)</p>

The International Olympic Committee said Wednesday that Bach would visit Brazil from June 14-16, less than two months before the opening ceremony of South America's first games on Aug. 5.

Bach will spend the first two days in Rio as part of an IOC "project review" of Olympic preparations, which have been hit by budget cuts, concerns over the Zika virus, delayed completion of the velodrome, and Brazil's political and economic crisis.

Bach will then travel to Brasilia on June 16 for talks with Temer, who took over as president last month after Dilma Rousseff was suspended pending a Senate impeachment trial.

Bach's trip to Brazil underscores the IOC's determination to deal with any lingering concerns over Rio's readiness for the games and to demonstrate solidarity with local organizers and the national government.

Rio organizers will give their latest progress report to the IOC executive board on Thursday. Organizing committee president Carlos Nuzman will make the presentation in Lausanne, while Rio Mayor Eduardo Paes will report by video conference.

The IOC has already sent experts to Brazil to work with the organizers. Christophe Dubi, the IOC's executive director of the Olympic Games, is currently in Rio. His predecessor, Gilbert Felli, has been the IOC's point man in Rio for the past two years.

The IOC opened a three-day executive board meeting Wednesday afternoon, with members expected to back the proposed addition of five sports to the program of the 2020 Tokyo Olympics — baseball-softball, karate, surfing, roller skating and sport climbing.

Under new IOC rules, local organizers can propose the inclusion of at least on additional sport for their games.

The five sports, which were proposed for inclusion last year by Tokyo organizers, are being presented as a package. The board is likely to put forward a recommendation to include all five, which will go to a vote of the full IOC at its session in Rio in August on the eve of the games.

The proposed sports for Tokyo would add 18 events and 474 athletes to the program. If approved, the Tokyo Games would feature 33 sports and about 11,000 athletes, compared to the standard 28 sports and 10,500 athletes.

Baseball and softball have been off the Olympic program since the 2008 Beijing Games. They combined forces to put forward a single bid for inclusion in Tokyo. The four other sports would be new to the Olympics.

Baseball would have a six-team tournament, short of the eight-team format sought by officials from the sport's international federation. Women's softball would also have six teams.

Roller skating had been the main point of contention, due to a lack of a unified international governing body. But IOC officials said rival bodies had reached an agreement in time for IOC approval.