These $1,425 Jesus-inspired sneakers filled with holy water sold out instantly 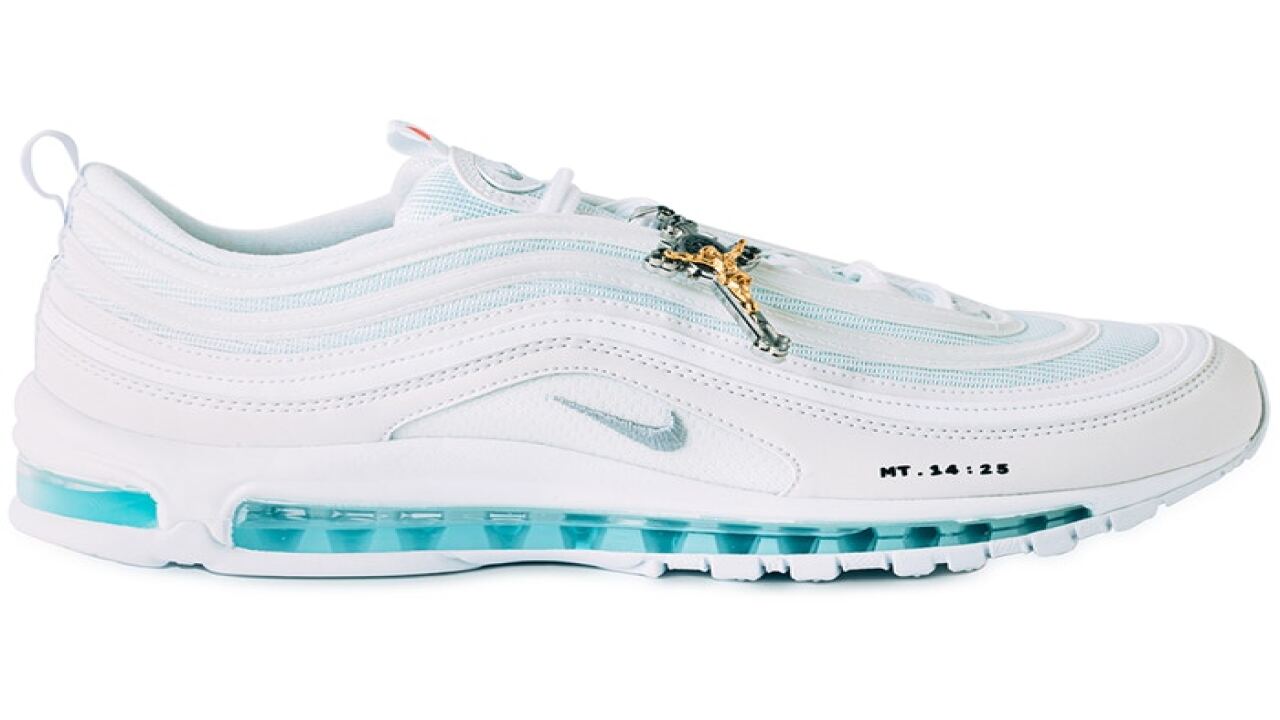 Brooklyn-based creative arts company MSCHF took some Nike Air Max 97 athletic shoes, which sell for about $160, and gave them an upgrade. These shoes now have a much higher price tag.

The “Jesus Shoes” come with holy water in the soles as well as a golden Jesus on a crucifix as a shoelace charm. They also feature a reference to the bible verse Matthew 14:25 on the side of the shoe and a drop of red ink on the tongue, meant to symbolize the blood of Christ. They are said to have red soles as well.

The religious twist on the Nike sneakers was originally priced at $1,425, and the shoes sold out within a minute. They’ve since been listed on the resale shoe speculation site StockX, where they were at one point available for $4000. The price has dropped since then and currently stands a bit above $2000.

MSCHF told Fox News there were less than two dozen pairs made.

The company’s goal with the creation of the shoes was to play on what they see as “ridiculous” corporate collaborations, such as the one between Arizona Iced Tea and Adidas.

“We set out to take that to the next level,” Daniel Greenberg, MSCHF’s head of commerce, told CBS. “We asked ourselves, ‘What would a shoe collab with Jesus look like?’ Obviously, it should let you walk on water. ‘Well, how can we do that?’ You pump holy water into a pair of Air Max 97’s and with that, you get Jesus Shoes — the holiest collab ever.”

The holy water in the shoes was sourced from the River Jordan and blessed by a priest in Brooklyn. Nike has no affiliation with the customized kicks.

If you’re interested in more projects from MSCHF, they plan to make biweekly drops of their latest creations at 11 a.m. on every second and fourth Tuesday of each month.

Past projects  include two ways for students to scam the system — Times Newer Roma, a wider version of the popular font, and M-journal, which transforms Wikipedia articles into citable “academic papers.”

Do you think these “Jesus Shoes” are worth the price?