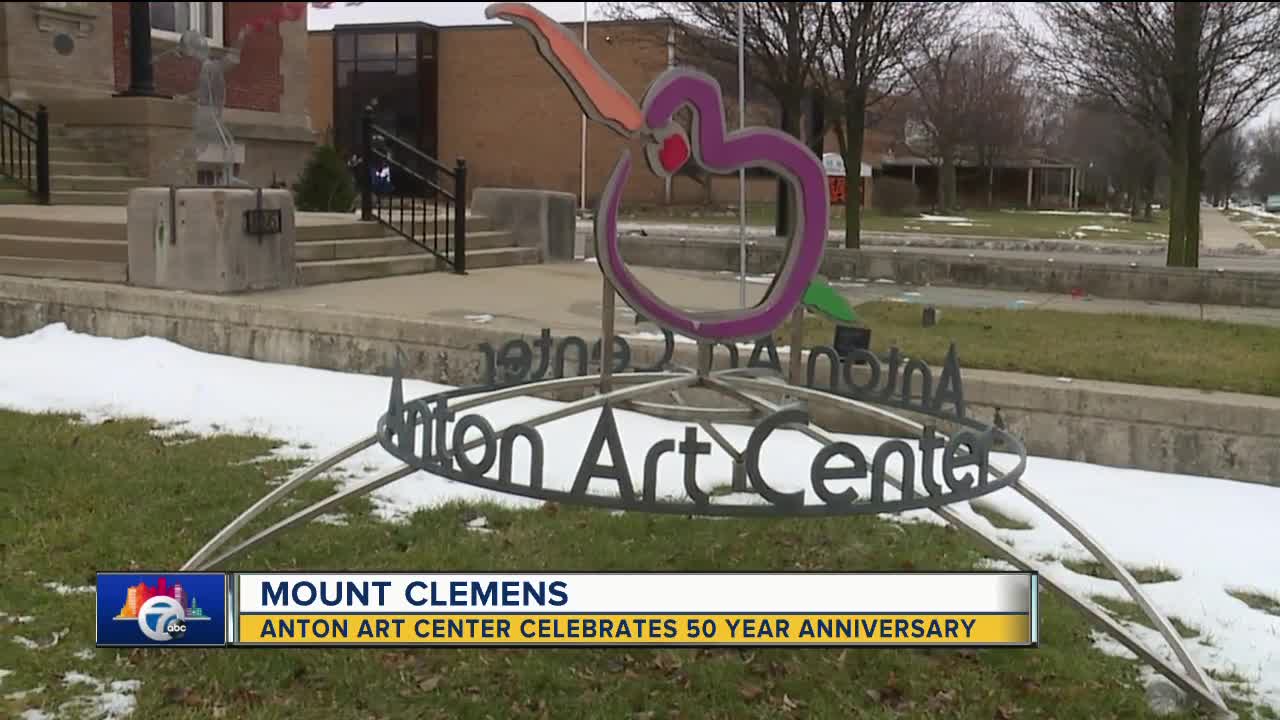 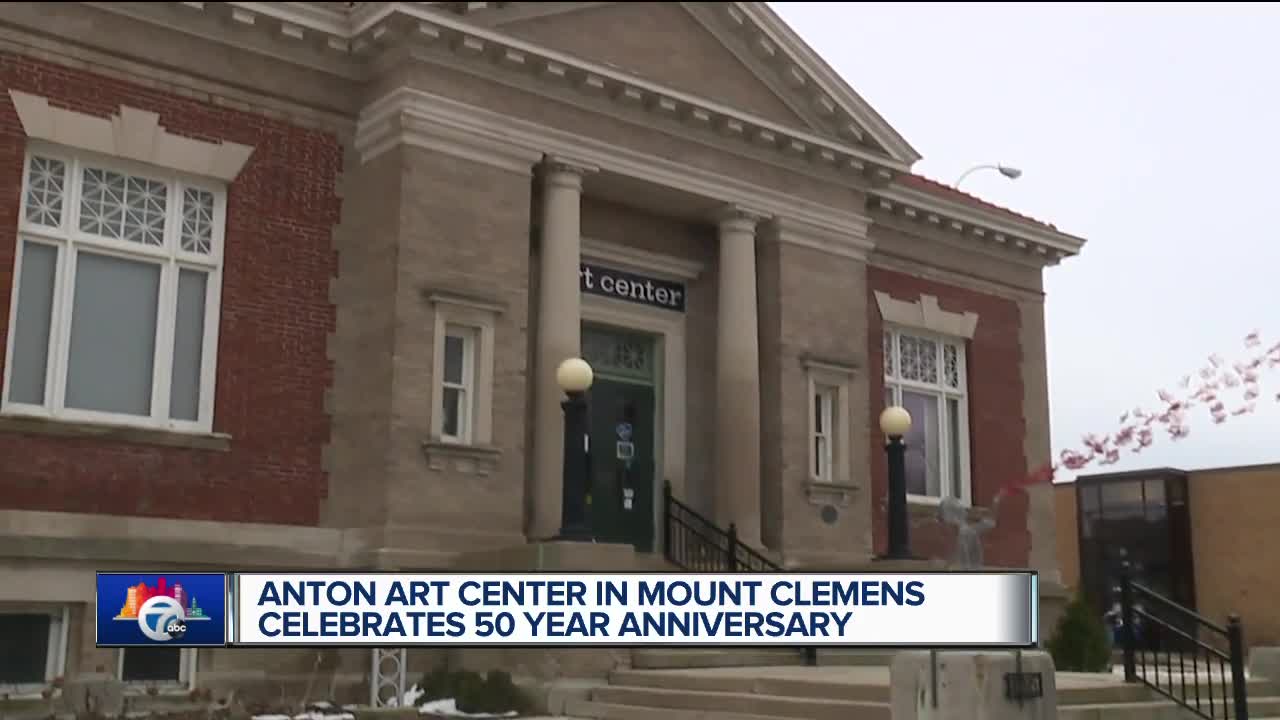 MOUNT CLEMENS, Mich. (WXYZ) — Every Friday, 7 Action News features a different metro Detroit community in our 7 In Your Neighborhood series. This week, we're in Mount Clemens, and our first stop is a nonprofit art center celebrating 50 years in the community.

Our own Kevin Jeanes takes us to the gallery that is shining in Mount Clemens. It's a significant place where artists are able to bring their work and have it seen by the public.

Phil Gilchrist grew up in Mount Clemens and started working part-time at Anton Art Center in 2009.

"We are the actually the largest professional type gallery in Macomb County," Gilchrist said.

Gilchrist is now the executive director of the Anton Art Center, a nonprofit celebrating a milestone of a half-a-century in Mount Clemens.

"There was a group of women, actually, we refer to them as our founding mothers, who really felt that it was important for the city of Mt. Clemens and the community more broadly to have an art center," Gilchrist said.

With a fine arts degree from Northern Michigan University, and a master's from Wayne State, Gilchrist is thankful to work and live in his hometown.

"To end up working in a place like this really helps to inspire me to really just keep supporting the arts in the ways I know I can," Gilchrist said.

He picked the best 50 pieces for the show, which lended to the large number of entrees.

With 10 employees and over 100 volunteers, the creative efforts are spilling out into the streets.

"Last summer, we completed a series of murals here in downtown Mt. Clemens partnering with a group called advancing Macomb, the city of Mt. Clemens and the Macomb family YMCA," Gilchrist said.

There's a mural at the Cherry Street mall.

"That mural focuses on and showcases history of the city of Mount Clemens," Gilchrist said.

There also another on the stairs leading to the Clinton River.

"The Art Center helps the whole community and it’s so nice that they do," said Lyn Siciliano, a volunteer for the center. "It's wonderful that it's free."

The center contributes to the overall success of the community.

"We were able to determine that our total economic impact in this area is close to a million dollars," Gilchrist said.

Anton Art Center is making it their mission to enrich and inspire people of all ages through the arts while supporting their community.

"Our programs do draw an audience through the downtown area, and we’ve seen spillover effects with local businesses," Gilchrist said.