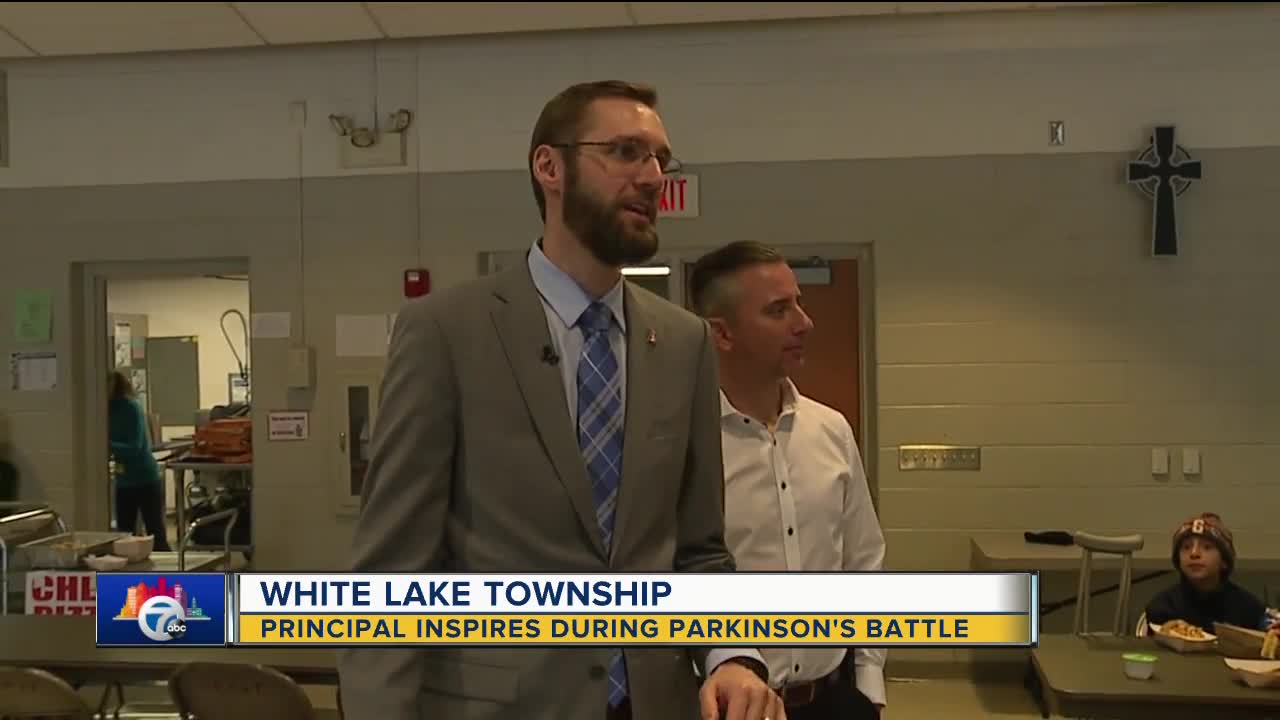 At St. Patrick’s school in White Lake Township, the school principal is battling Parkinson's disease. He was diagnosed when we was just 33 years old, but today he’s fighting for a cure and has his school's support behind him. 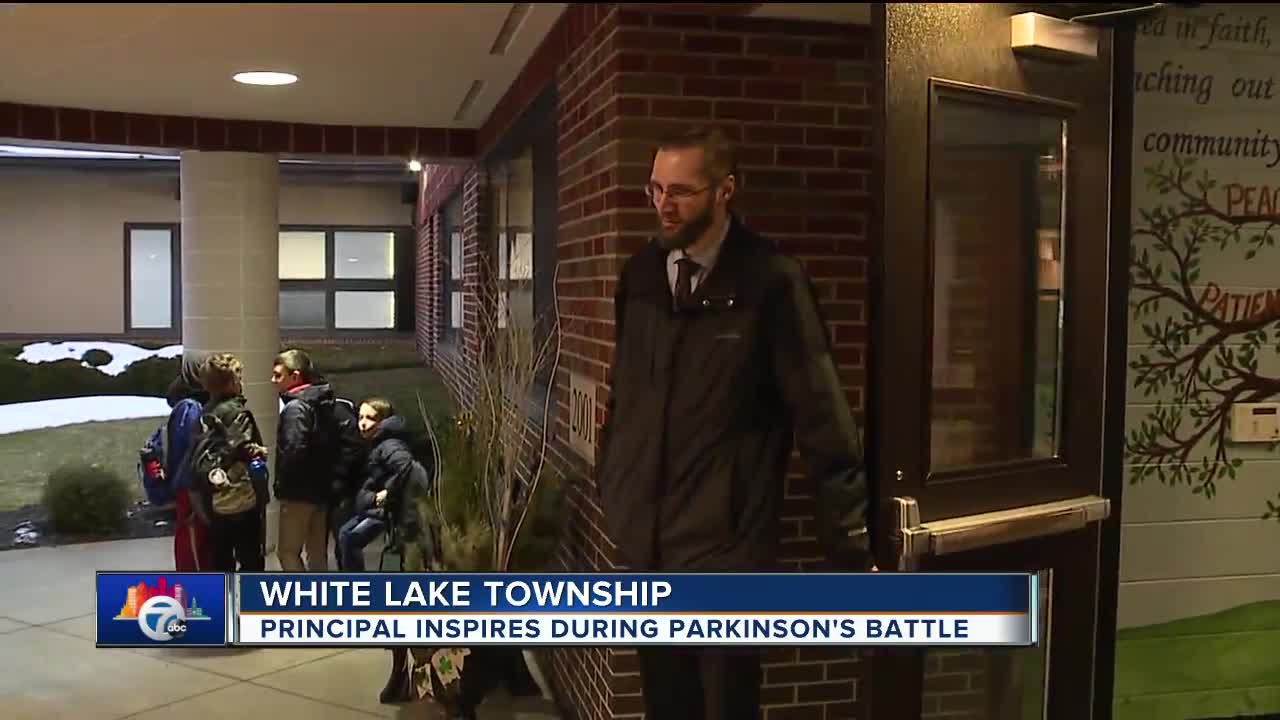 WHITE LAKE, Mich. (WXYZ) — At St. Patrick’s school in White Lake Township, the school principal is battling Parkinson's disease. He was diagnosed when we was just 33 years old, but today he’s fighting for a cure and has his school's support behind him.

Principal Jeremy Clark is a man who loves what he does especially during his morning announcements.

For the past six years, Clark has been living with Parkinson’s.

"I started to develop a tremor in my left hand," Clark said. "I went to a couple neurologists and then it progressed up to my elbow. The CAT scan happened last month and that’s when they said it was Parkinson’s."

The news was crushing. Clark said he was lost, but found inspiration while on a field trip just after his diagnosis.

We went on an eighth grade field trip to Washington from DC and I was in the national cathedral just praying," Clark said. "And to be honest, (it was the) first time in my life I felt God's presence."

After that trip, Clark researched different organizations working with people who also have Parkinson's. He got motivated and is now inspiring a community in his fight against the disease.

"I did some work with the Michigan Parkinson Foundation first, doing some of their walks," Clark said. "But now I also work with Team Fox Detroit, which works with the Micheal J. Fox foundation to fundraiser for a cure."

Clark's students say he’s a great role model, and a good principal, but they’re on the fence about his jokes.

"They could be better they’re a little on the PG side," one student said.

Clark says he still stays very active, from boxing to playing basketball every Sunday. He says his fight to find a cure for Parkinson's will continue.

"We all have something. We all have a cross to bear or a burden that we bear," Clark said. "Mine just happens to manifest itself physically and to be able to continue to strive to beat this and manage it and use the support I have to help support others."