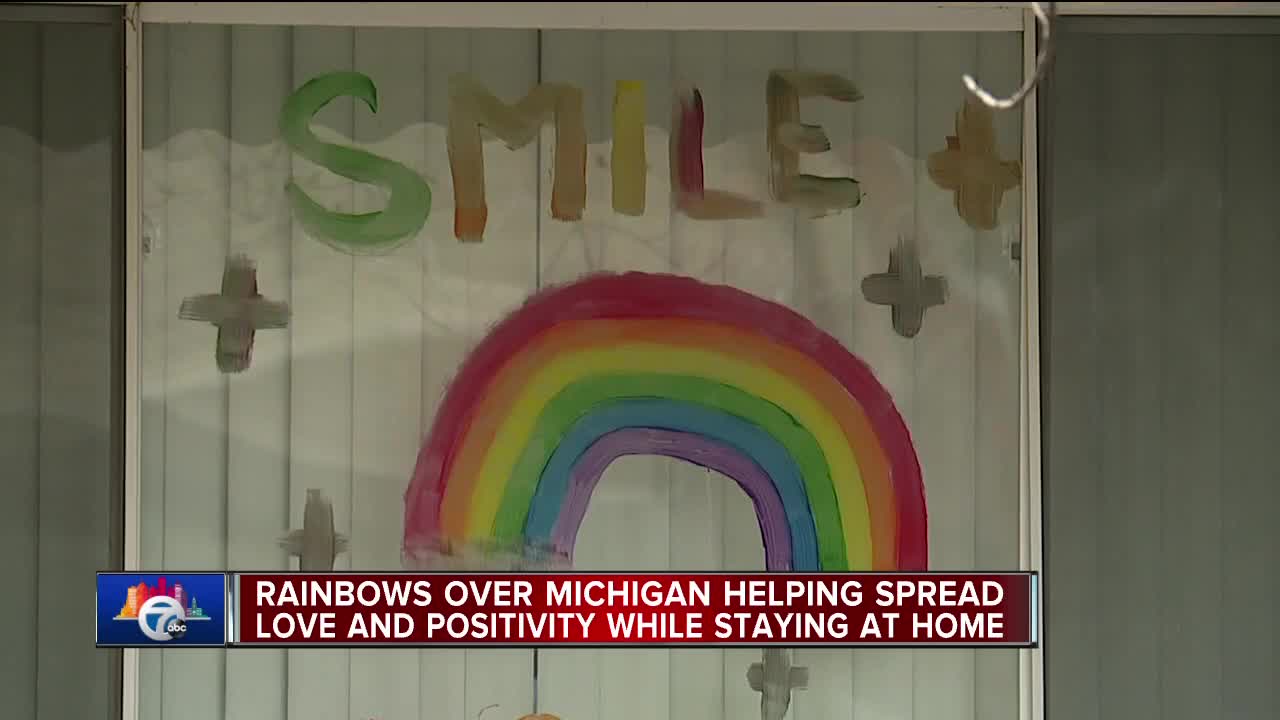 MICHIGAN - (WXYZ) — Every Friday, as part of our 7 in your Neighborhood series, we feature the people and places that make metro Detroit special.

This week, our story takes us into neighborhoods all over the great state of Michigan.

Since the stay at home order, walking around the neighborhood is one of the only ways to keep moving and remain at a safe social distance.

We’ve seen beautiful rainbows and artwork are popping up on doors and windows on every block and the best way to share all of this beauty is through social media.

Growing up in New York, best friends Coryn Cess and Cynthia Hutar have always remained very close. Hutar’s family moved to Michigan when she was younger; they are still best friends after 30 years.

Connecting daily is routine, so they found a way of spreading some love even though they’re living states apart.

Cess joined "Rainbows over Staten Island," a Facebook group that shows paintings of rainbows for inspiration.

“We painted our rainbow on our window and I posted it on my personal Facebook page and Cynthia saw it and loved the idea and said 'How cute is that?'” Cess said.

“I just thought it was so positive so I asked her if she would help start one in Michigan,” Hutar said.

On March 21, they launched ‘Rainbows over Michigan’ on Facebook.

“We started adding family and friends and the group exploded,” Cess said.

“It’s nice to see everyone encouraging each other. It’s such a difficult time right now,” Hutar said.

“I look on my Facebook feed. I see rainbows. I see drawings. I see all children smiling. It’s beautiful!” Cess said.

“The art is just amazing. The quotes that people are saying, it’s so inspiring, it really is,” Hutar said.

Spreading love and positivity while we all need a little hope.

“We’re all connected. It just goes to show you, you may not know the person that lives down the block, but they show you a rainbow and you made a difference to them,” Cess said.