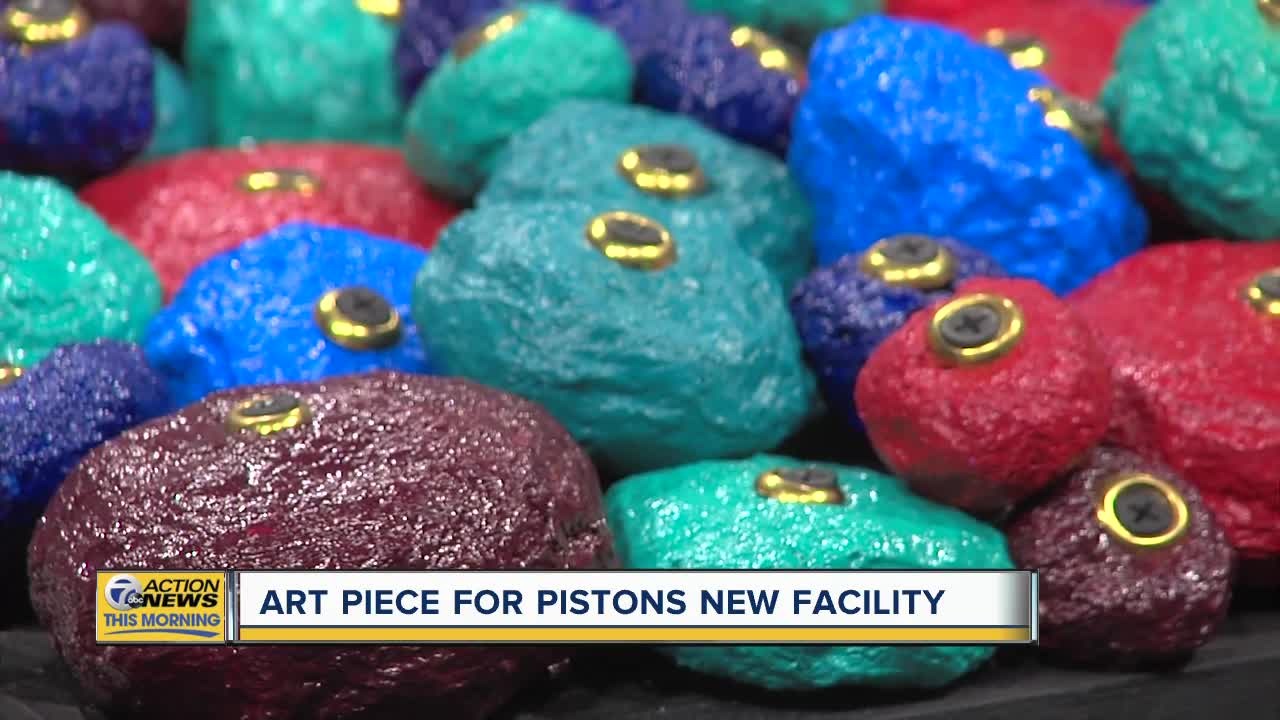 DETROIT (WXYZ) — The Detroit Pistons have hired artist brothers Steven and William Ladd to work with 500 local residents from 17 Detroit-based organizations to create a piece of artwork that will be displayed publicly inside the main lobby of the Henry Ford Detroit Pistons Performance Center, opening this fall.

The project, called a “Scrollathon,” will engage community members in creating hundreds of hand-formed and painted beads that will be brought together to create the finished work, which will be 9 feet tall and 9 feet wide and don the Pistons’ colors. The piece will be created over the course of 12 work sessions at four sites from October 8 through 11.

During Scrollathons, participants make a piece of artwork to keep— titling it with a personal narrative, collaborate on components for a larger artwork and are documented for a permanent record. With art as the physical catalyst, the program has evolved into a way of engaging participants to think about what they value in life. The Scrollathon began in 2006, when the Ladd brothers were invited to work with students in their hometown of Saint Louis, Missouri. Since then, the duo has gone on to host Scrollathons for the Mercedes-Benz Stadium in Atlanta, The Dallas Museum of Art and The John F. Kennedy Center for Performing Arts in Washington, D.C., among others. The brothers have engaged over 9,000 people of all ages and abilities through Scrollathons internationally.

Individuals participating in the Scrollathon will be photographed for a permanent photo collage for the Performance Center lobby that will accompany the art installation. The Scrollathon is one of several local art projects expected to have a home in the Henry Ford Detroit Pistons Performance Center, which will include a new training facility and corporate headquarters for the Detroit Pistons; include a comprehensive sports medicine, treatment and rehabilitation facility managed by Henry Ford Health System; and, incorporate public spaces available for community meetings, networking receptions, and team-hosted events.