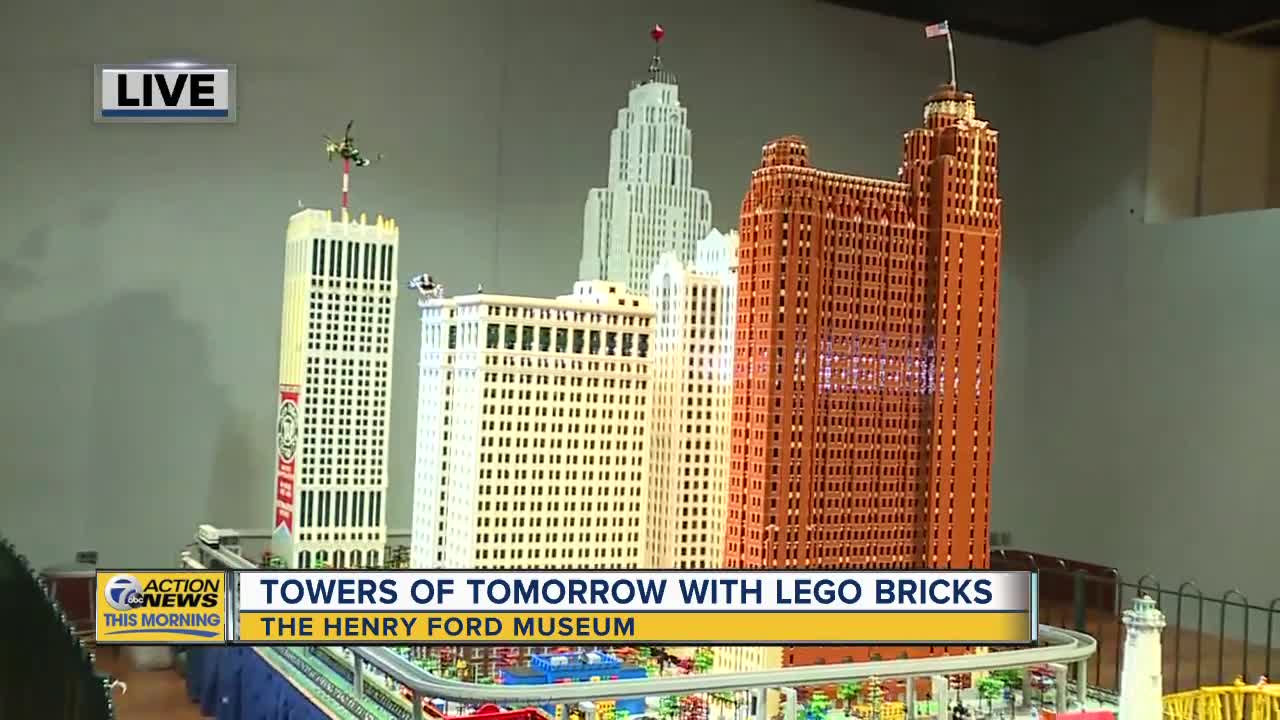 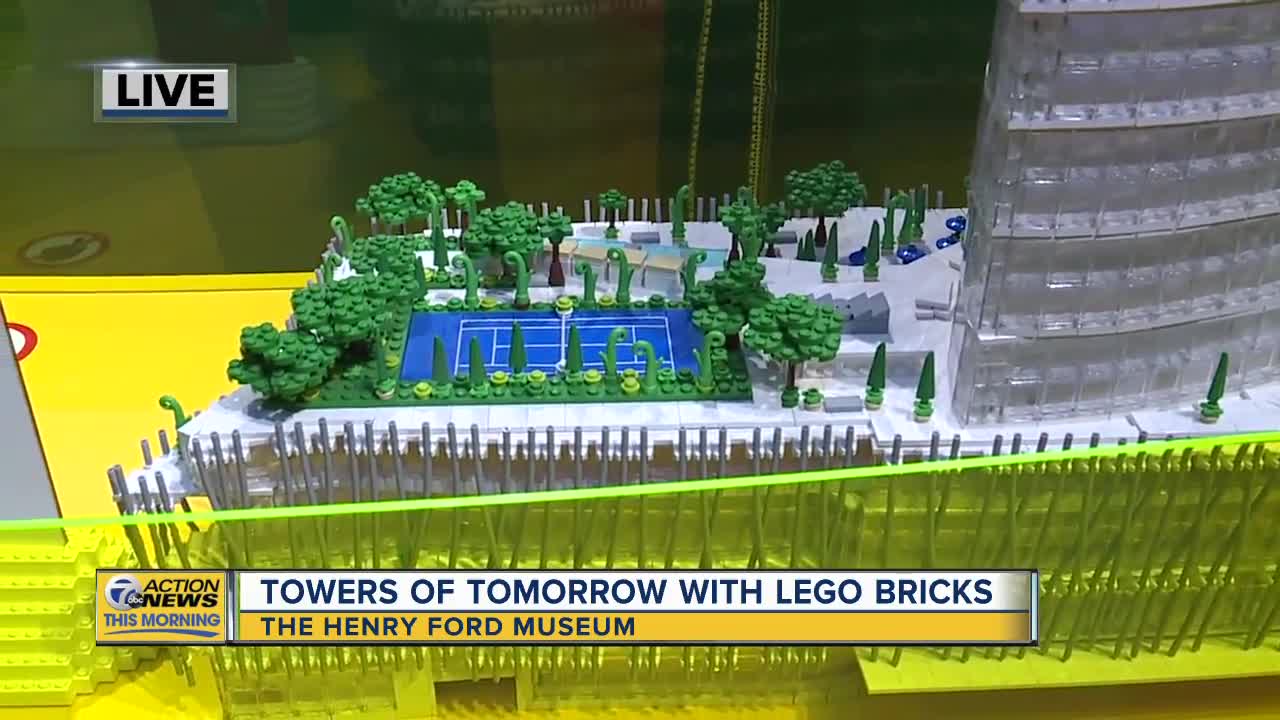 DEARBORN, MICH (WXYZ) — Visitors to Henry Ford Museum of American Innovation can step into a larger-than-life LEGO® wonderland inside the limited-engagement exhibition, Towers of Tomorrow with LEGO® Bricks. The exhibit runs through January 5, 2020. This first-of-its-kind display features 20 of the world’s most iconic and astonishing towers from across the globe, including New York’s Empire State Building, China’s Shanghai Tower, and Dubai’s Burj Khalifa.

Constructed with breathtaking architectural detail and accuracy, the towers were built by Ryan “The Brickman” McNaught, one of only 14 Certified LEGO® professionals in the world. Built on a scale of 1:200, McNaught and his team used more than half a million LEGO® bricks (more than 1.5 tons of bricks) and took over 2,400 hours to construct the structures in the exhibition.

Other towers in the exhibition include the CN Tower in Toronto, the Chrysler Building in New York, Atlanta’s Bank of America Plaza, Taipei 101 in Taiwan, Japan’s Tokyo Skytree, Kuala Lumpur’s twin Petronas Towers, Singapore’s Marina Bay Sands and the Infinity Tower and Barangaroo Crown Hotel Resort in Australia. Visitors, young and old, can create their own “Tower of Tomorrow” from over 200,000 loose LEGO® bricks located in the hands-on construction areas and add their creations to a steadily rising futuristic LEGO® metropolis inside the exhibition.

Admission to Towers of Tomorrow with LEGO® Bricks is free for members. Non-member ticket prices include admission to the museum and are $24 for adults (12-61), $18 for youth (5-11), $22 for seniors (62+) and children 4 and under are free. To purchase tickets, visit https://www.thehenryford.org/