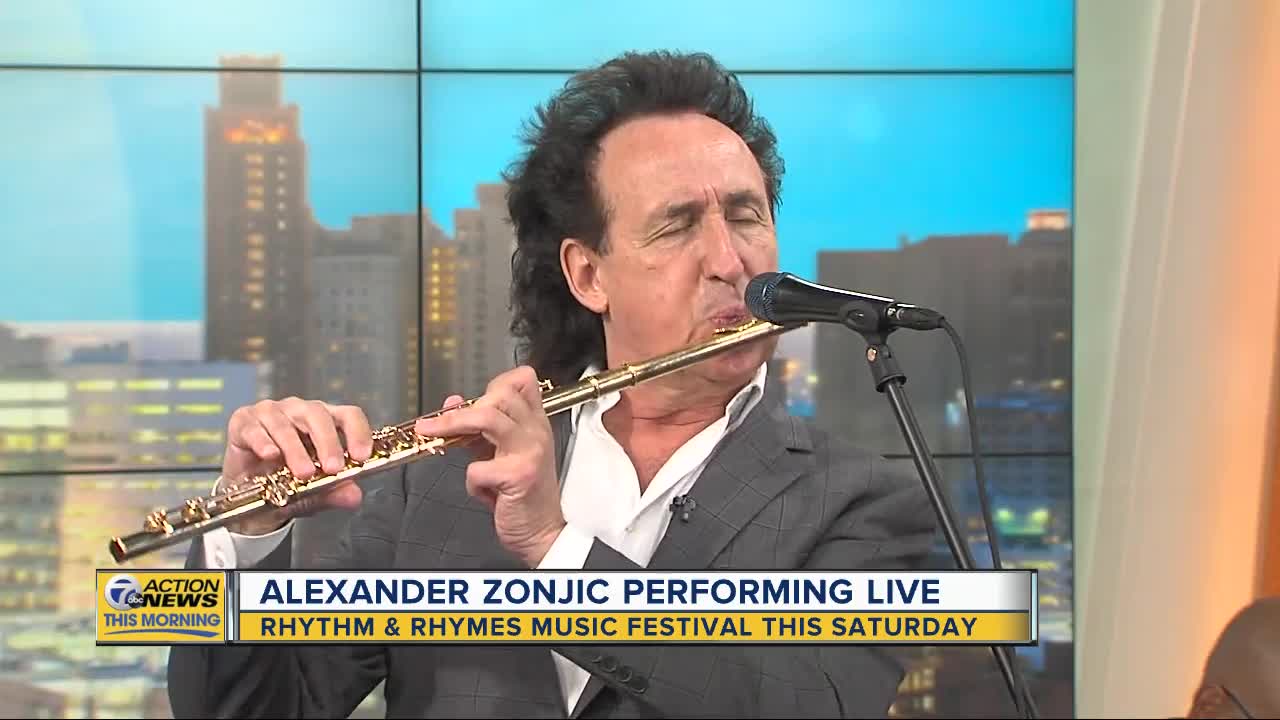 DEARBORN, MICH (WXYZ) — Dearborn’s extremely popular free musical series, Jazz on the Avenue, returns to Dearborn City Hall Park on Wednesday nights all summer, presenting some of the finest local and national jazz artists. The park is located at 13615 Michigan Avenue at the corner of Schaefer Road in Dearborn.

Every Wednesday night, 7 to 9 p.m., from July 17 through August 21, the public is invited (rain or shine) to bring lawn chairs and blankets and enjoy the cool sounds of hot jazz. The series is presented by Beaumont Health and The East Dearborn Downtown Development Authority.

Here is the full line-up:

July 17 -Alexander Zonjic and Friends
Renowned jazz flutist Alexander Zonjic brings his high energy show to the stage, kicking off Jazz on the Avenue for 2019. Zonjic has shared the stage with such greats as Kenny G, Jeff Lorber, and Keiko Matsui. He is Creative Director for Jazz on the Avenue . In addition to performing in one hundred concerts a year, Zonjic is the artistic director of numerous music festivals throughout Michigan and Canada including Jazz on the River, Cabin Fever Jazz Festival and Shoreline Jazz Festival on Lake Michigan August 22-25 . Zonjic is host of the TV show Alexander Zonjic From A to Z on WADL Saturdays at 7:30 p.m. and the radio show, Alexander Zonjic Doin’ the D, on 910 AM Superstation, Sundays, 5 to 7 p.m.

August 7 - 480 East from Toronto
480 East is a mainstay of contemporary jazz. Mixing jazz with soul music and electronic production, the Toronto producer duo of Rob De Boer and Tony Grace have created a signature bass-propelled sound that entrances listener of their recordings and enthralls audiences at their live shows

August 14 - Dave McMurray and Wayne Gerard
Dave McMurray is the Detroit based multi-instrumentalist who combines his mastery of the tenor, soprano and alto saxophones with his talents on the flute, keyboards and percussion. McMurray is currently a mainstay as musical director and featured soloist with Motown R and B artist KEM and plays with Kid Rock. He has toured with the likes of Bob James, Was (Not Was), Chuck Loeb and toured Europe with Geri Allen’s electric band. Detroiter Wayne Gerard combines his mastery of the guitar with his love for production and composition. With numerous recordings and productions under his belt, he has performed with the likes of Bob James, Stevie Wonder, Angela Bofill, Warren Hill, Marion Meadows and Paul Taylor.

August 21 - Series Finale, Alexande Zonjic and Friends with special guest Jeff Kashiwa from Seattle
Closing out the summer, jazz star Alexander Zonjic and Friends take the stage for a red hot jam session finale. This exciting concert features special guest Jeff Kashiwa. Seattle native Jeff Kashiwa credits his public school's music program for stating his interest in music. He became known as one of the most compelling young saxophonists in contemporary jazz during his first year with The Rippingtons and he went on to perform hundreds of shows all over the world and record with the band. Later, in 2004, Kashiwa went on his own and founded The Sax Pack , a trio of saxophone headliners featuring himself, Steve Cole and Kim Waters. He is the perfect special headliner for the close of Dearborn Jazz on the Avenue for 2019 and one never knows who else will show up for this grand finale.