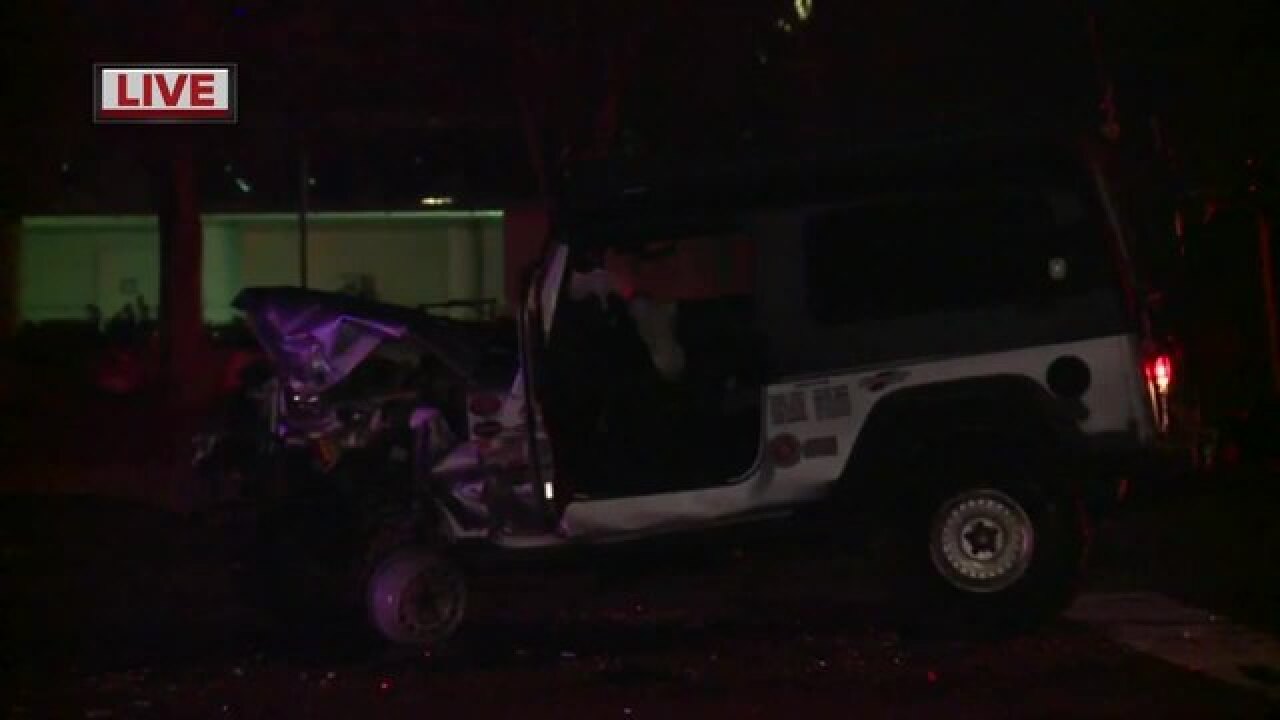 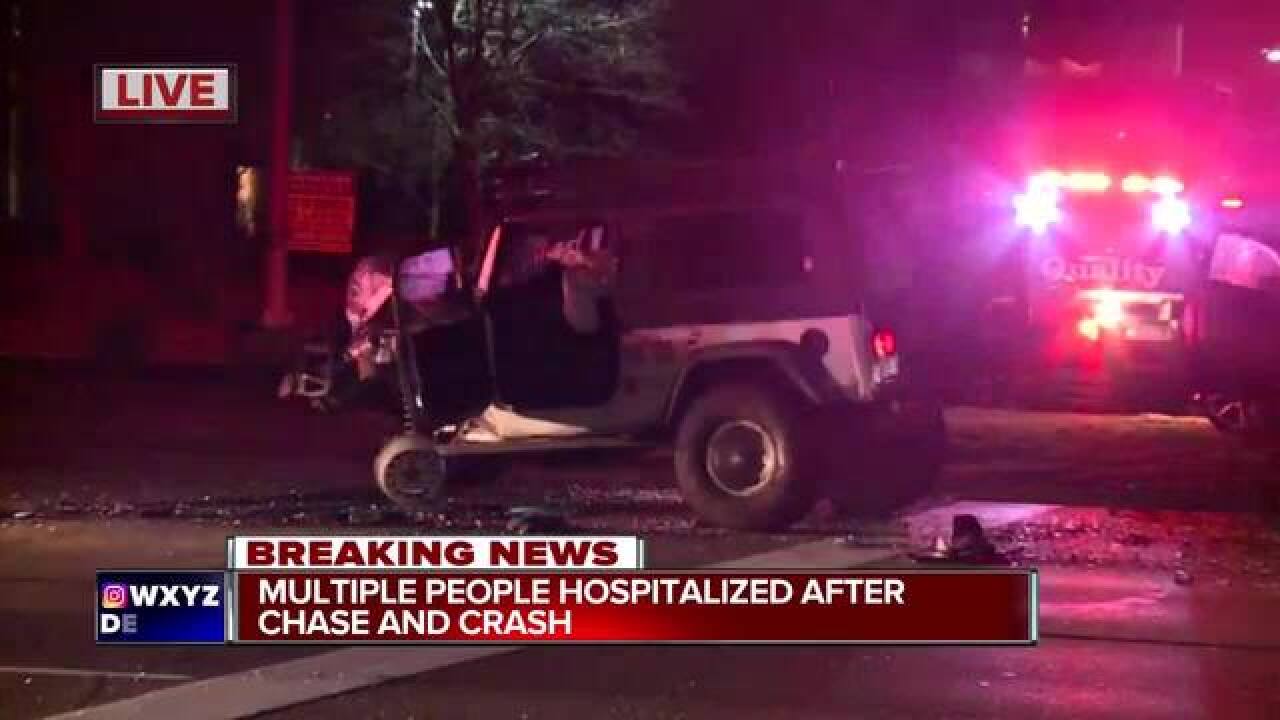 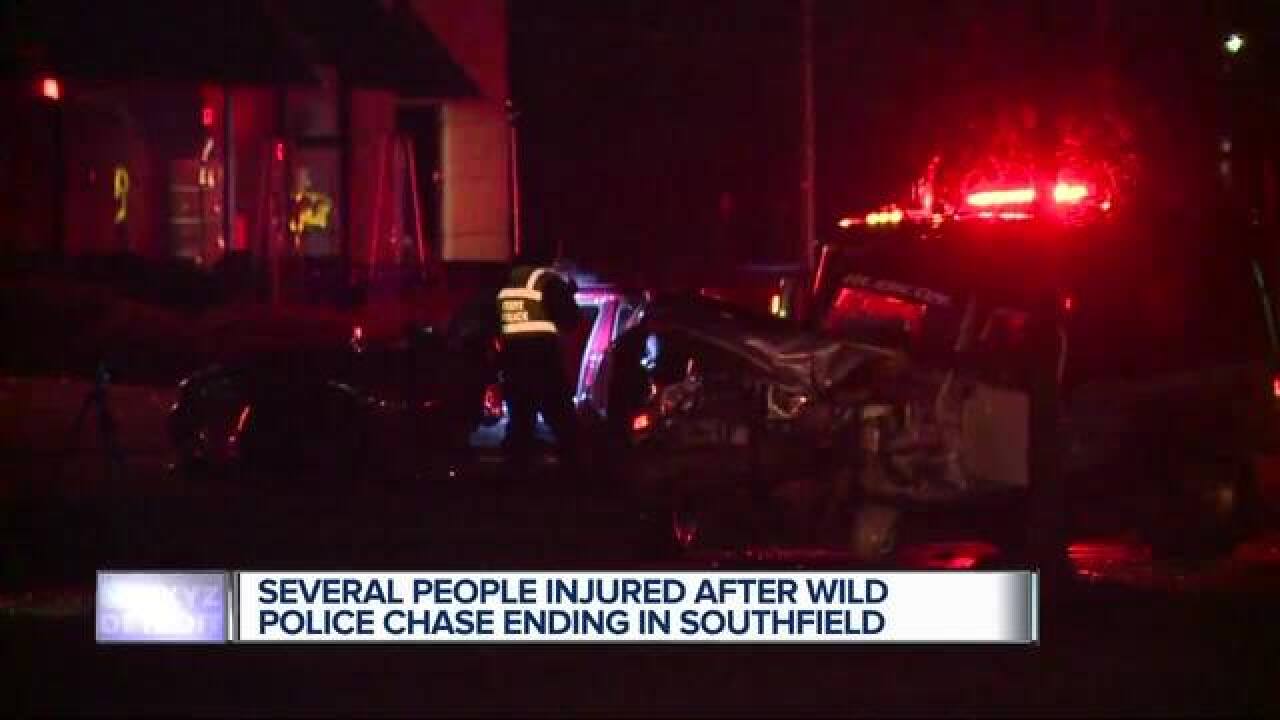 Several people were injured Sunday morning when a police chase ended with a multi-vehicle crash in Southfield.

It happened before 530 Sunday morning. Lathrup Village Police officers pursued a suspect attempting to elude officers. The chase ended on the north bound lanes of Northwestern Highway between 12 Mile and Case in a twisted, mangled mess involving a Charger, a Jeep, a BMW and a RAM pick-up truck.

Multiple people were taken to the hospital to be treated for injuries including the suspect. Lathrup Village Police went to the hospital with the suspect. Michigan State Police is assisting Lathrup Village Police with the ongoing investigation.  Officials have not yet said exactly where the chase started or why the chase started.  Alcohol may have been involved.

At last check, all those injured are in stable condition.