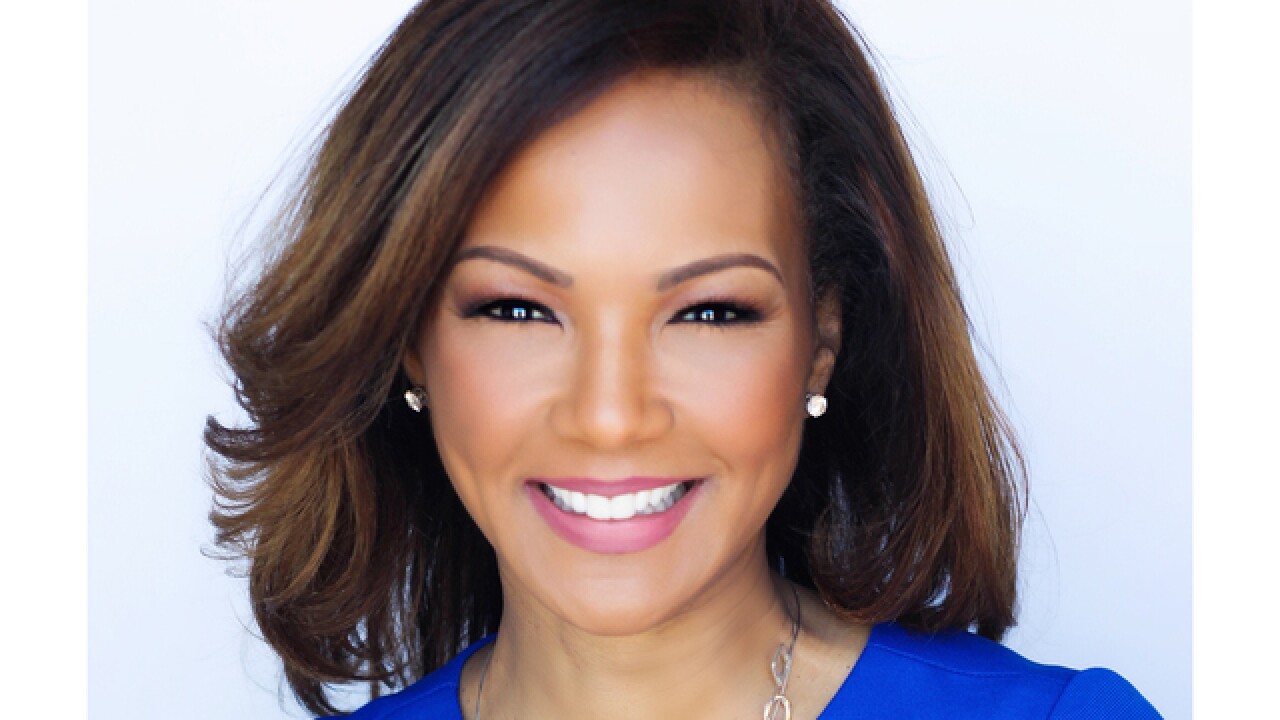 Carolyn, a native Detroiter. grew up on the northwest side of the city.

Being the youngest of nine children, with more than 40 grandchildren in her family, she was thrilled to return to her hometown and work at the very station she grew up watching. "It’s like a dream come true," says Carolyn.

Carolyn was originally hired at WXYZ to anchor weekends and as the station's health reporter. By May 2002, Detroit began waking up with Carolyn when she joined the "7 Action News This Morning" team.

When Carolyn became the co-anchor of 7 Action News at 11pm, she gave up her daily duties as Channel 7's Health Reporter.

Carolyn spent 13 years informing Detroiters about the latest developments in medical science and the effects they have on our community. Carolyn was also the host of the multiple emmy-nominated half hour health program called “Healthy Living Sunday.”

Carolyn also worked at the CBS affiliates in both Orlando, FL and Lansing, MI, but got her real start in news at a small radio station in Lansing.

In 2015, Carolyn was among a handful of journalists selected from across the country and the only news anchor in Michigan to be invited to the White House to interview President Obama about the Iran Nuclear Deal. It was one of the proudest moments of her career because not many journalists can say they were lucky enough to interview a sitting president one-on-one.

Additional memorable moments in broadcasting include interviewing Oprah Winfrey, Barbara Walters, and NBA legends Michael Jordan and Earvin "Magic" Johnson. Carolyn has covered everything from hurricanes in North Carolina to former South African President Nelson Mandela's first visit to Michigan after he was freed from prison.

Carolyn’s most rewarding stories, however, are those that have helped change the lives of our viewers; whether offering free flu shots during a national shortage, or finding free mammogram test sites for women in need.

Carolyn has been named “Woman of the Year” by the YWCA of Western Wayne County. She has also been honored by the Detroit City Council and Detroit Urban League for her community and volunteer work in the Metro Detroit area. One of Carolyn's passions is speaking out against domestic violence at numerous area events. She has also reached out and personally helped many victims of domestic violence.

Carolyn has received many professional accolades for her reporting and anchoring work at 7 Action News. She is a 13-time Emmy Award winner, including three Emmys for Best News Anchor. She has also been honored by the Associated Press, the Michigan Association of Broadcasters , and given a special tribute by the Karmanos Cancer Institute as one of their "Heroes of Breast Cancer."

Before Carolyn embarked on a career in TV news, she dreamt of dancing on Broadway. As a lifelong dancer, she performed in both the Michigan State Dance Company and the MSU Motion Dance Team before she graduated.

Hoping to make a difference in the children’s lives, Carolyn often speaks at area schools and community organizations. One of Carolyn’s favorite quotes is from Martin Luther King Junior in 1963: "The ultimate measure of a man or woman is not where he or she stands in moments of comfort and convenience, but where he or she stands at times of challenge and controversy."

Carolyn, married to Gregory F. Goss, is mother to Airielle, James and Brooke, and stepmother to Alyssa and Gregory Junior.

Carolyn loves spending time with her family, whether it’s attending her son's track meets or playing “dance mom” at her daughter's dance rehearsals, recitals and competitions.