1 dead, 2 injured in shooting near strip club in downtown Detroit 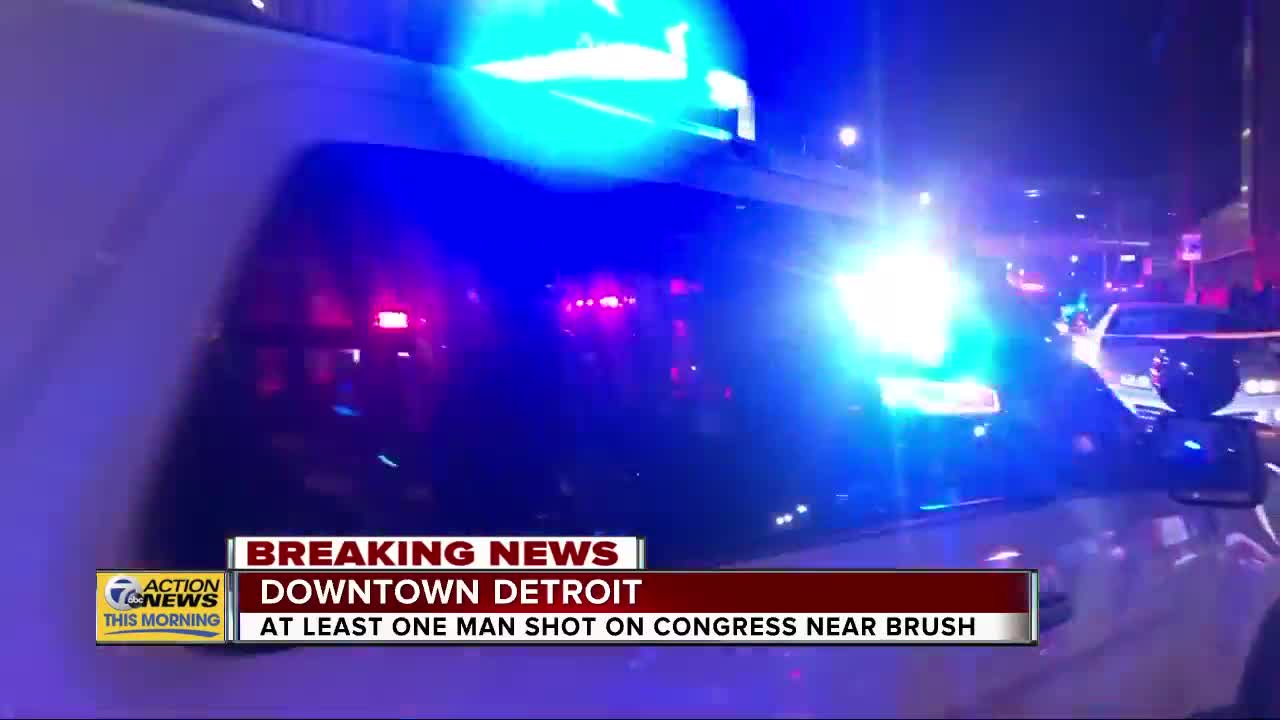 DOWNTOWN DETROIT (WXYZ) — Police are investigating a shooting that occurred near a strip club early Sunday.

It happened on Congress near Brush, close to Legends Bar. Police say one man has died and two others – a man and a woman – were injured.

No arrests have been made.

According to a release, two men were heard arguing before shots were fired in the area.

The male victim who died was shot in the chest, back and left leg. He was trasported to a local hospital where he died.

This is the second incident this week near that gentleman's club.

On Wednesday, a valet attendant was injured in a hit-and-run. No arrests were made in that case.