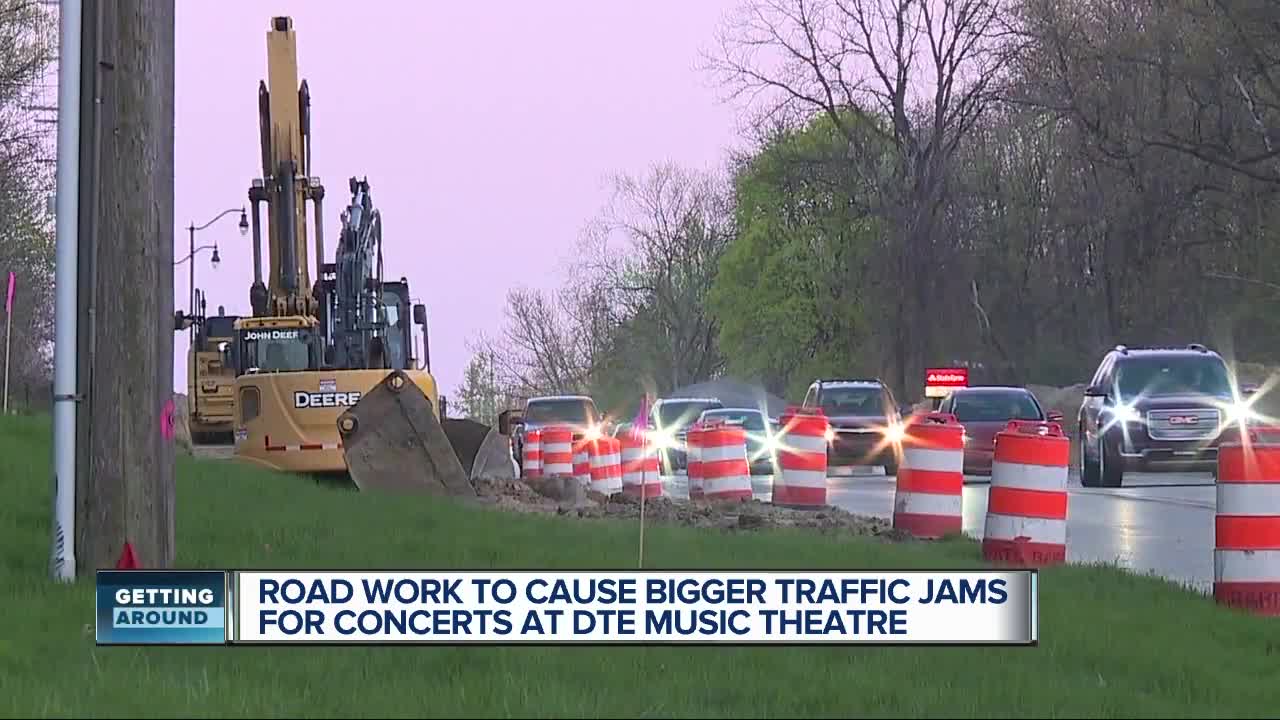 If you’re headed to the DTE Energy Music Theatre this summer you may want to give yourself extra time getting to the venue.

CLARKSTON (MICH.) WXYZ — If you’re headed to the DTE Energy Music Theatre this summer you may want to give yourself extra time getting to the venue. Sashabaw Road is under construction from I-75 to Clarkston Road.

Folks say this construction project is already putting a damper on their summer concert plans here at DTE Energy Music Theatre. They say they may have to even reconsider how many concerts they attend here this year.

"A nightmare just because you have to go all the way around," Kim Elliott said.

Concert goers are frustrated, looking at all the construction around the main entrance to the music theatre.

"They should have done it after concert season," Elliott said.

You can see construction along Sashabaw Road from I-75 to Clarkston Road. The project started in 2018. It includes new sanitary sewers, new water main leads and the road will be widened from two lanes to five with a center turning lane.

"In the long haul, yeah – I mean everybody hates traffic and this is the time it happens but at the end of it, when we’re all done with it everyone will be happier," Steve Meadows said.

Right now, however, only one lane in each direction is open. It’s a headache folks say they’re not all willing to deal with.

"If it’s someone we really want to see we’ll probably just plan for it, try to get there as early as we can," Meadows said. "But it could if it’s someone you really don’t want to see you might go maybe we’ll skip this one."

A number of big shows are expected this year at DTE Energy Music Theatre, including Bob Seger, The Dave Mathews Band and Kid Rock. The summer concert series starts on May 19 with Slayer. Folks say it’s too bad they may miss some of their favorite acts because of construction.

This project costs $4.8 million and is expected to continue through the summer and be completed in the fall.