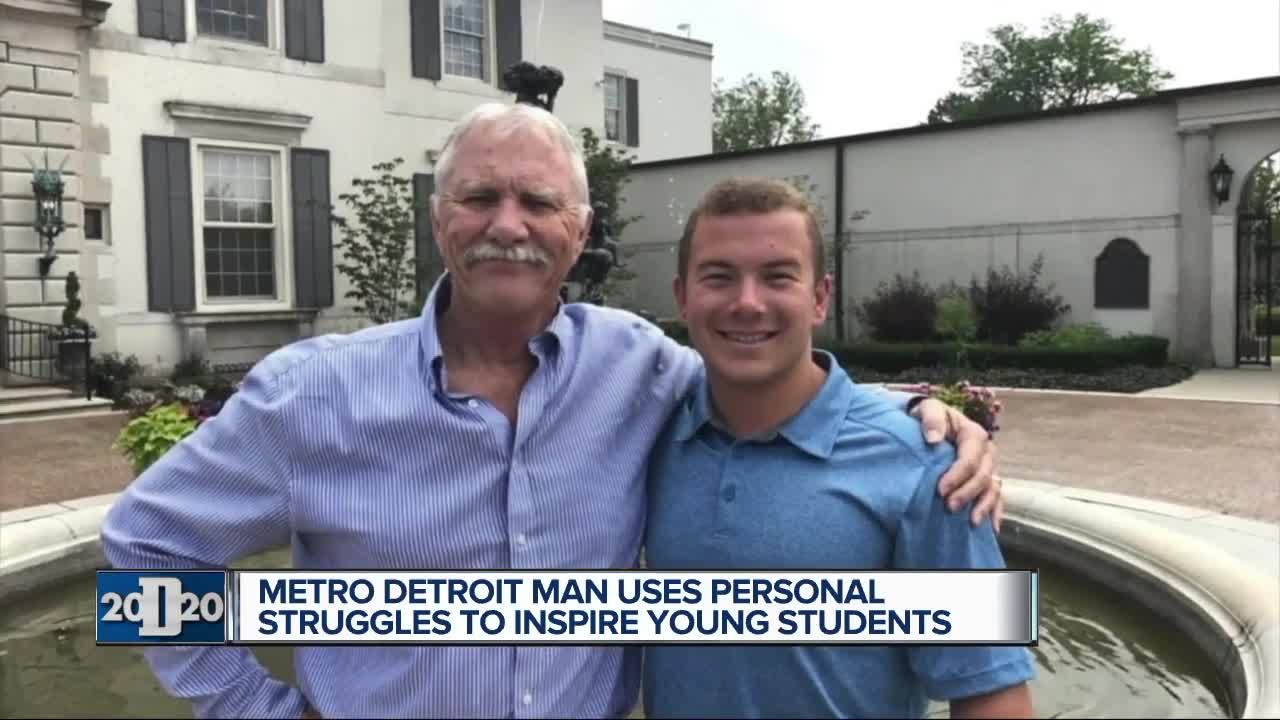 We have a remarkable Detroit 2020 story about an inspirational young man whose enormous challenges led him to a reading program that is now being used to help high school students in Detroit.

DETROIT (WXYZ) — We have a remarkable Detroit 2020 story about an inspirational young man whose enormous challenges led him to a reading program that is now being used to help high school students in Detroit.

J.T. Mestdagh was born unable to eat or even go to the bathroom. It's a birth defect called VATER Syndrome.

“When he was born and the doctor came in the room and said he was going to be performing surgery on our son and I had to sign papers, I said, ‘Huh you're in the wrong room’,” says his mother Kris.

Doctors had to rebuild his esophagus. Prior to 1995 it was a death sentence for babies.

“I've had about 16 operations throughout my life from VATERs,” J. T. says.

J.T. also suffered from severe dyslexia. That meant being pulled from the classroom, plus help with spelling and speech, but it wasn't enough.

“Now we're in 5th grade and we did not have a reader. It's not an exaggeration to say the word "the" was a struggle,” says Kris.

While in elementary school at University Liggett, J.T. was told he was not a good fit and could not return to the private school.

“I came home from school and I laid on the kitchen floor and I was crying and I told my mom, ‘Mom, I just want to learn to read like every other kid, I don't care about the medical stuff’,” he says.

His medical issues were life and death. But his parents realized his education was about daily survival.

“We really had been trying many reading programs, there’s Linda McBell Ortin Gillingham, Discovery Read. I can go on and on because we tried 8 of them, but they weren’t working for him,” Kris says.

Then they got word of a fast reading program by Steve Tattum, who specializes in children with dyslexia.

“As God would have it, Steve Tattum was in town that week, we were able to meet him that night,” Kris says.

After a week with Steve.

“I remember skipping and jumping and running to the car saying I can read,” J.T. says.

J.T. and his mom would uproot and move to Denver for 5 months for J.T. to study at the Denver Academy with Tattum.

“Basically it brought me from a non-reader to, you know, basically, to slmost 5th grade level reading in the fact of being able to pick up on the words,” J.T. says.

His progress so remarkable he did the unthinkable and returned to the place that sent him home in tears.

“They brought in the headmaster who really was so excited about being able to, first off, bring me back but also bring other kids back.” J.T. says.

J.T.’'s progress was so exceptional the Beyond Basics Literacy Program adopted the Tattum method and brought the model to Detroit Public Schools.

“That's when we had our first grade level movement, in that six week time frame, and that is because of J.T.’'s heart,” says Beyond Basics founder Pam Good.

Steve Tattum trains all of their reading tutors who now work one-on-one with all DPS high school students and J.T. is often at his side.

“We're embarking on reaching 11,000 over the next three years in the intensive one-on-one,” says Good.

Even more remarkable, J.T. not only went on to graduate from Liggett, he graduated from college and even wrote a #1 international bestselling book about his life's journey called Untether.

“It was the best decision we all made,” says Kris.

J.T. is such an inspiration. He works with Beyond Basics to help kids who are struggling with reading by sharing his journey.

Since it is Giving Tuesday, we want to shine the light on Pam Good the founder of Beyond Basics.

Earlier this year they launched a $33 million fundraising campaign to expand its reach.

Ninety-three percent of DPS high school students cannot read at grade level and Beyond Basics is working to reverse that trend.