Neighborhood Comeback: Detroiters work to rebuild blocks, one home at a time 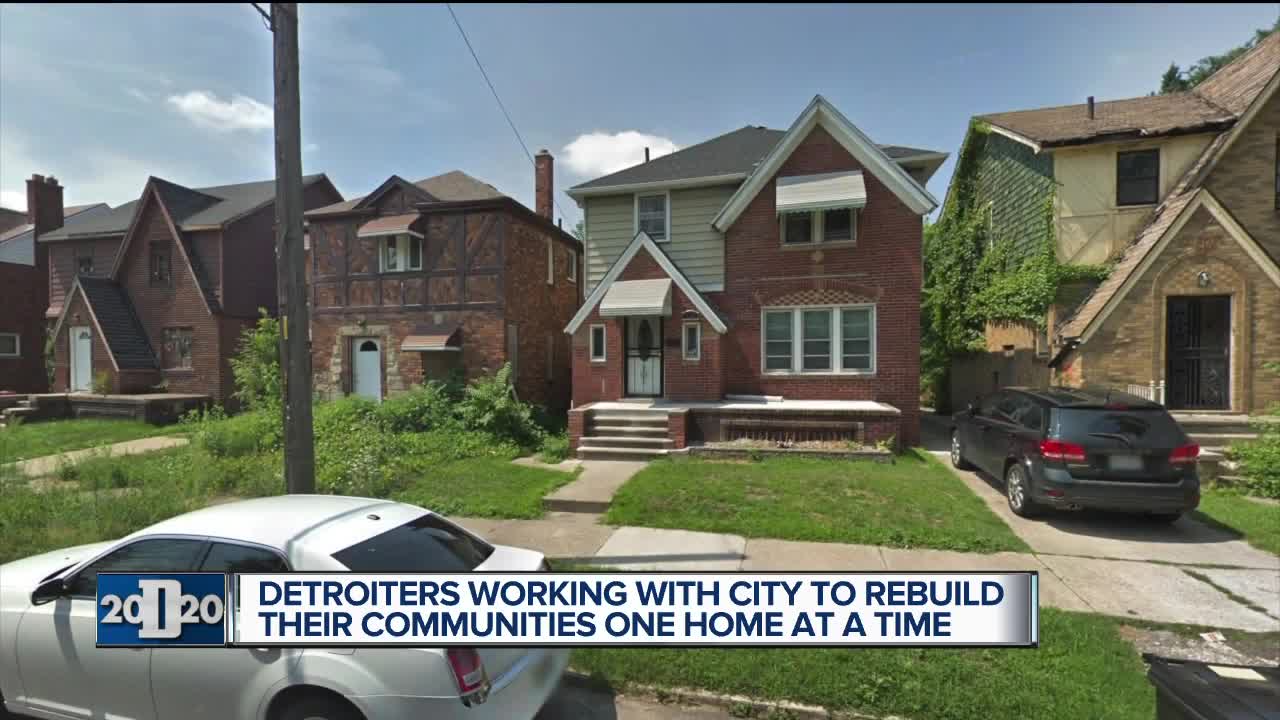 It’s a sight Detroiters know all too well; homes, once a picture of booming economic and social growth, sitting in disrepair, some for years.

DETROIT (WXYZ) — It’s a sight Detroiters know all too well; homes, once a picture of booming economic and social growth, sitting in disrepair, some for years.

It’s become a somber sign that the city is still struggling with the crippling effects of past bankruptcy and population loss.

"We want the vacant houses in your neighborhood streets returned to residences. We want them to be homes again, not just empty buildings," said Alyssa Strickland with Detroit's Land Bank Authority.

Since 2008, Detroit’s Land Bank Authority has been working to make that happen.

On top of demolishing thousands of dilapidated structures, the Land Bank says 4,000 of the structures it’s acquired have been fully renovated in the last five years.

A home on Mapleridge in Detroit, damaged by a fire, is now owned by a woman from the same neighborhood; she purchased the home for around $55,000, once community group Osborn Neighborhood Alliance bought it from the Land Bank for around $1,000 and fixed it up.

“It took us a year to renovate it. We took it down to the studs and just began bringing it back. And everything in the home is brand new. New kitchen, new bathroom, new everything," said Executive Director Quincy Jones.

The Osborn Neighborhood Alliance is a non-profit that works to put Detroiters in homes they own.

The real estate boom in downtown and midtown is hard to miss, but Jones wants to see neighborhoods thrive too, and equally important, to remain affordable for people who already live there.

The Osborn Neighborhood Alliance is in the process of acquiring five more properties on Mapleridge from the Land Bank. The hope is that by fall of this year, they’ll begin work on those homes.

It’s relatively cheap to snag property from the Land Bank, but making it a home, one that’s legally livable — takes time and hard work.

30-year-old Vincent Orr became a home owner for around $2,100. He bought a home on Ilene in Detroit through a Land Bank Auction in June of 2017.

To call it a “fixer upper” would be an understatement.

"That home was in total shambles. The roof was caving in, the porch was partially demolished. I had to get all new windows, the doors had to be replaced," Orr told Action News.

He bought the home next door from the Land Bank too, for his mother. Both homes according to neighbors were vacant for more than a decade.

"I always had the idea that Detroit could come back. I had seen great houses, great architecture, that in any city, these houses would be worth may more, hundreds of thousands of dollars. And so I wanted to be a part of that comeback," Orr said.

With the help of community partners, the Land Bank’s made measurable progress, and not just with houses. Jones worked to turn a large lot of vacant buildings into a neighborhood greenspace for the Mapleridge community.

They offer discounts for city employees and educators in Detroit, hoping incentives spark a rebirth for the city’s neighborhoods, and help Detroiters to avoid being priced out.

“Once you own that home and renovate it, that’s yours. And no one can take it away from you," Strickland said.

To see what parcels are available through the Detroit Land Bank Authority and learn more about their incentive programs, click here.