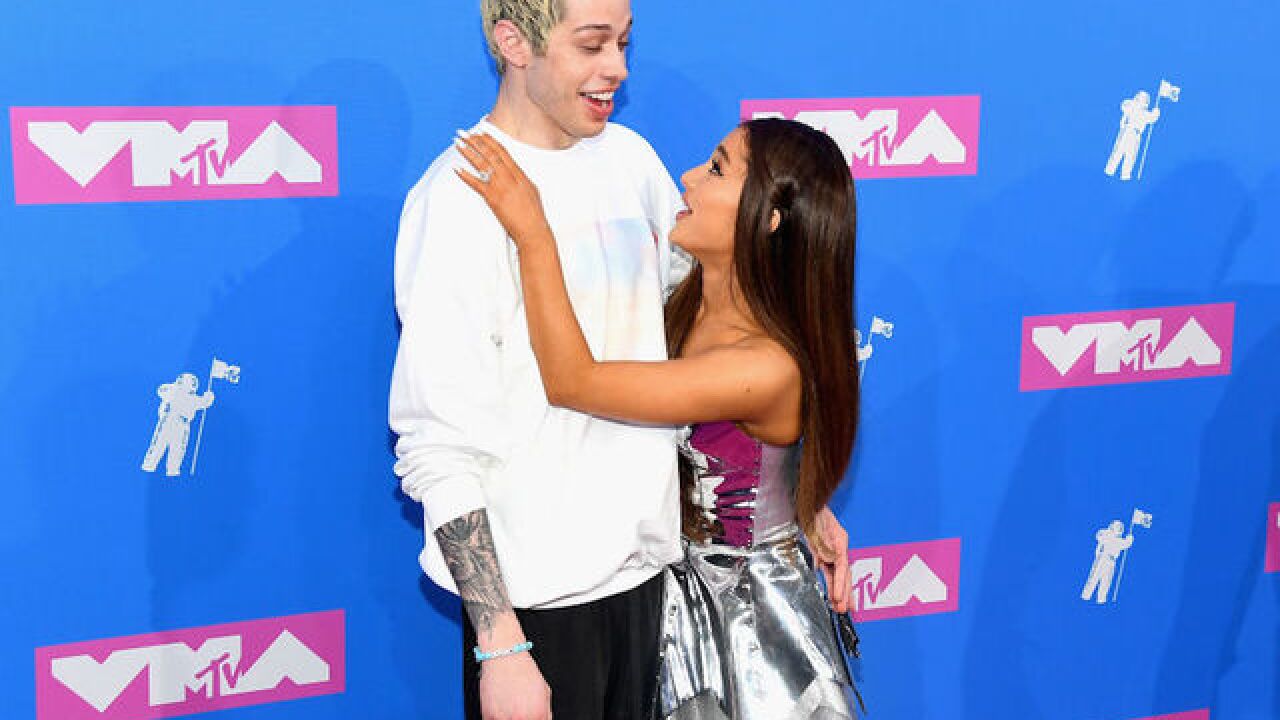 The couple, whose whirlwind romance-turned-engagement powered the celebrity gossip machine through the summer, has split, a source close to the singer tells CNN.

Davidson confirmed their engagement in June. They had been dating a few weeks at the time.

Pete Davidson: I'm the 'luckiest guy in the world'

Davidson and Grande began dating shortly after she broke up with late rapper Mac Miller.

The pair was never shy about sharing affection for one another publicly, especially on social media.

The early weeks of their courtship were filled with fawning Instagram posts.

Once their engagement went public, they spoke openly about their fast affection for one another.

In an August interview with GQ, Davidson called himself "the luckiest guy in the world."

"The day I met her, I was like, 'Hey, I'll marry you tomorrow,' " Davidson recalled. "She was calling my bluff. I sent her a picture [of engagement rings]. I was like, 'Do you like any of these?' She was like, 'Those are my favorite ones,' and I was like, 'Sick.' "

The couple moved in together after their engagement.

Grande was also happy to speak about her blissful life with Davidson.

In a song titled "Pete Davidson" from her most recent album, Grande sang: "Universe must have my back, fell from the sky into my lap/And I know you know that you're my soulmate and all that."

Davidson commented about the song on the season premiere of "SNL," joking -- somewhat eerily -- about the royalties he receives from the tune.

"You know, I don't even get royalties for that 'Pete Davidson' song?" he said. "Like, if we break up, and we won't -- we will -- but we won't. I'm kidding. But in 10 years if, God forbid, that ever happened, there will be a song called 'Pete Davidson' playing in speakers at K-Mart and I'll be working there."

Not everyone was supportive of the couple's relationship.

Davidson also faced backlash for making a joke about tampering with Grande's birth control on "SNL."

Before entering into a seemingly bliss-filled love story, both Grande and Davidson were open about their personal struggles.

Davidson spoke about his mental health issues just last week during Weekend Update. And Grande told British Vogue in May that she was still suffering from post-traumatic stress syndrome stemming from the suicide bombing that killed 22 people at her 2017 concert in Manchester, United Kingdom.

Grande has also recently been contending with undisclosed personal issues that reportedly prompted the singer to take a break from work to focus on her well-being.

On Saturday, Grande had been scheduled to perform at a fundraiser for cancer research, but pulled out of the event.

Her manager Scooter Braun alluded to her in a speech at the gathering, saying Grande was going through a difficult time.

In a tribute, Grande called Miller her "dearest friend."