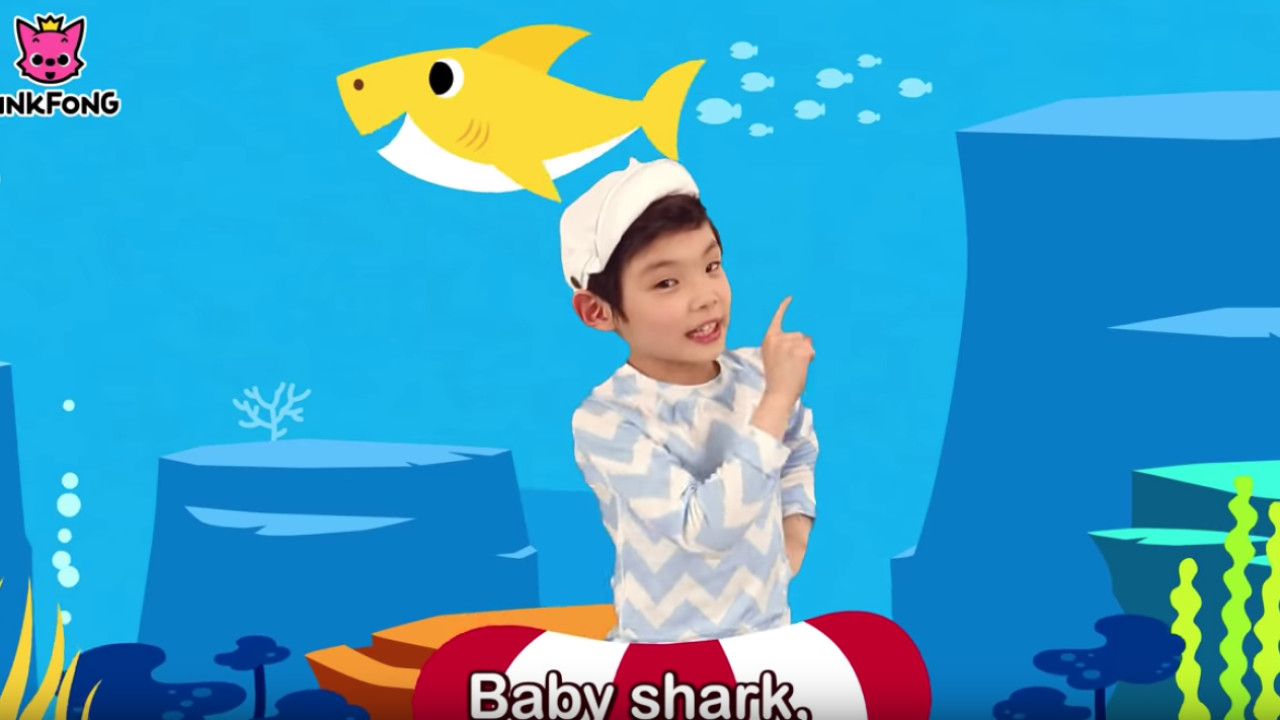 The catchy tune kids can’t get enough of, and parents love to hate, “Baby Shark” is officially the most viewed video ever on YouTube at more than 7.1 billion views.

The song was recorded by then-10-year-old Korean-American singer Hope Segoine and produced by South Korean educational company under their Pinkfong brand. It was originally uploaded to YouTube on June 17, 2016.

The previous record-holder on YouTube was the 2017 single “Despacito” by Puerto Rican singers Luis Fonsi and Daddy Yankee. That video was uploaded in January 2017 and has about 7.05 billion views.

With the repetitive lines and easy dance moves, some parents might be wondering why it took “Baby Shark” so long to get to the top of YouTube’s most-watched list.