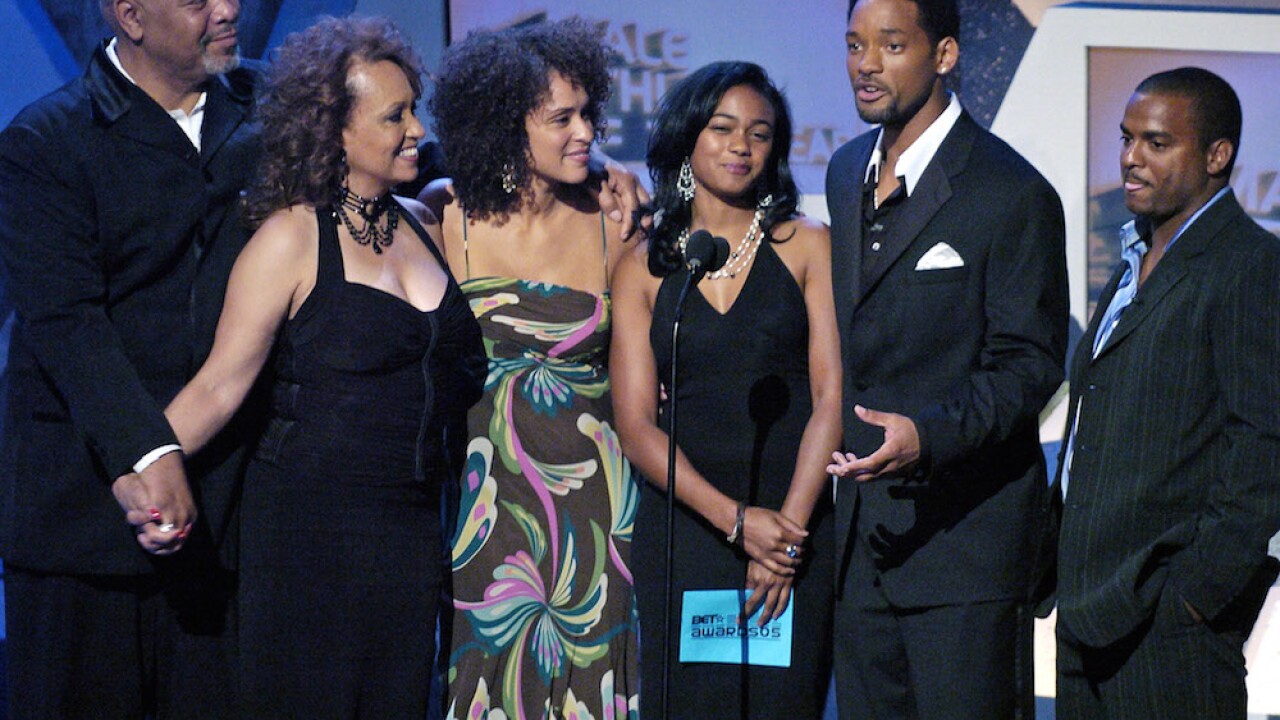 AP2005
CHRIS PIZZELLO/ASSOCIATED PRESS
FILE - Host Will Smith, second from right, is joined by members of the original cast of the television comedy series "The Fresh Prince of Bel-Air" during the 5th annual BET Awards on Tuesday, June 28, 2005, in Los Angeles. On Friday, Nov. 13, 2020, HBO Max dropped the trailer for the highly-anticipated cast-reunion special of "Fresh Prince of Bel-Air," which will be streamed on Thursday, Nov. 19. (AP Photo/Chris Pizzello)

The trailer shows the former castmembers reminiscing about their time on the hit 1990s NBC comedy series at their time and the cultural impact it has had.

There was also a tribute to the late actor James Avery, who played Uncle Phil, who died in 2014 due to open-heart surgery complications.

Now this is a story all about how the Freshest family on TV is getting back together 🤩🥳 Join the Banks family for the #FreshPrinceReunion November 19 only on HBO Max! pic.twitter.com/8xRsGPUW4X

According to The Hollywood Reporter, Smith and Janet Hubert, who played Aunt Viv for the first three seasons before Reid took over the role, sat down for a candid conversation for the special, despite years of public feuding.