May 4 is officially 'Star Wars Day' in California. How did they celebrate? With a giant Yoda of course 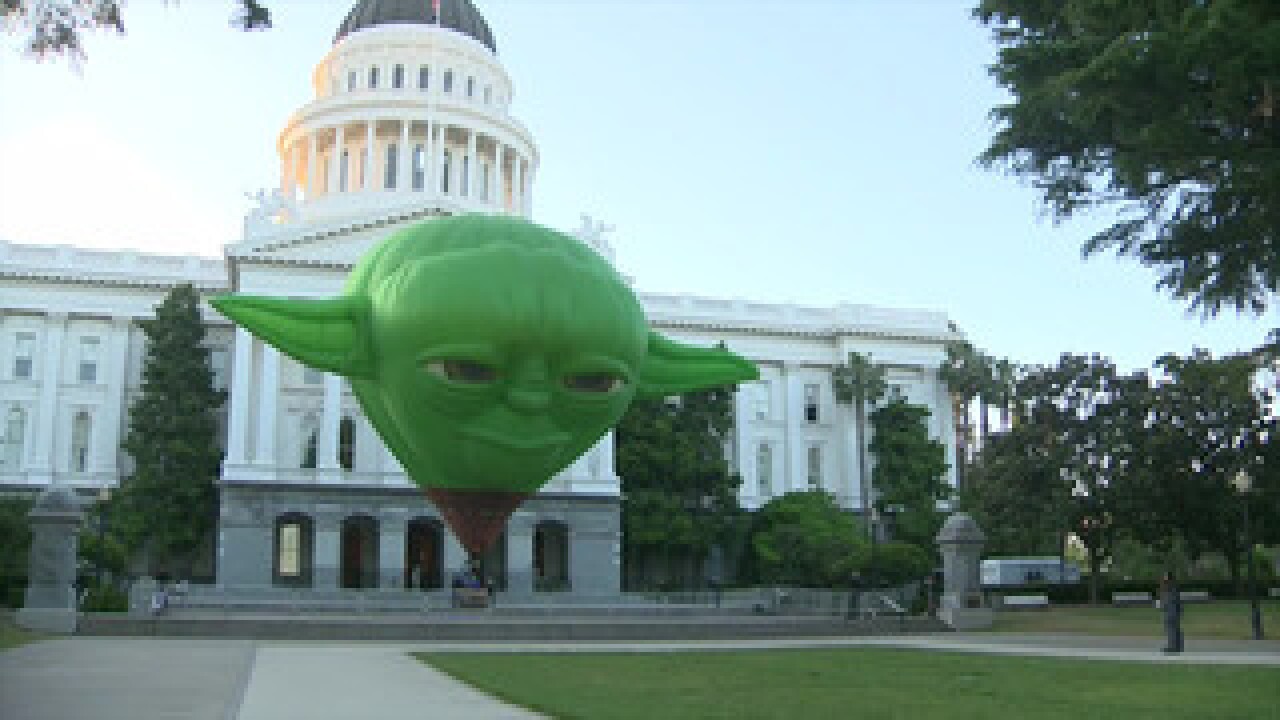 SACRAMENTO, Calif. — Ahead of a new Disneyland theme park set to open later this month, California declared Thursday that May 4 will officially be "Star Wars Day."

Of course, it's a play on the well-known "Star Wars" phrase, "May the force be with you."

And what better way to celebrate than with Yoda?

Disneyland Resort teamed up with state lawmakers to bring the Yoda balloon to the steps of the state Capitol building. And there were even a few Stormtroopers on hand.

It's all part of the build-up to the opening of a new Disneyland theme park. Star Wars: Galaxy's Edge will welcome "Star Wars" lovers near and far May 31.

It's the largest single-site expansion in the park's history and could generate $14 million in tax revenue for the City of Anaheim every year.

The resolution designating May 4 as Star Wars Day also recognizes the Walt Disney company's decades-long record of enhancing the quality of life for people in California and beyond.