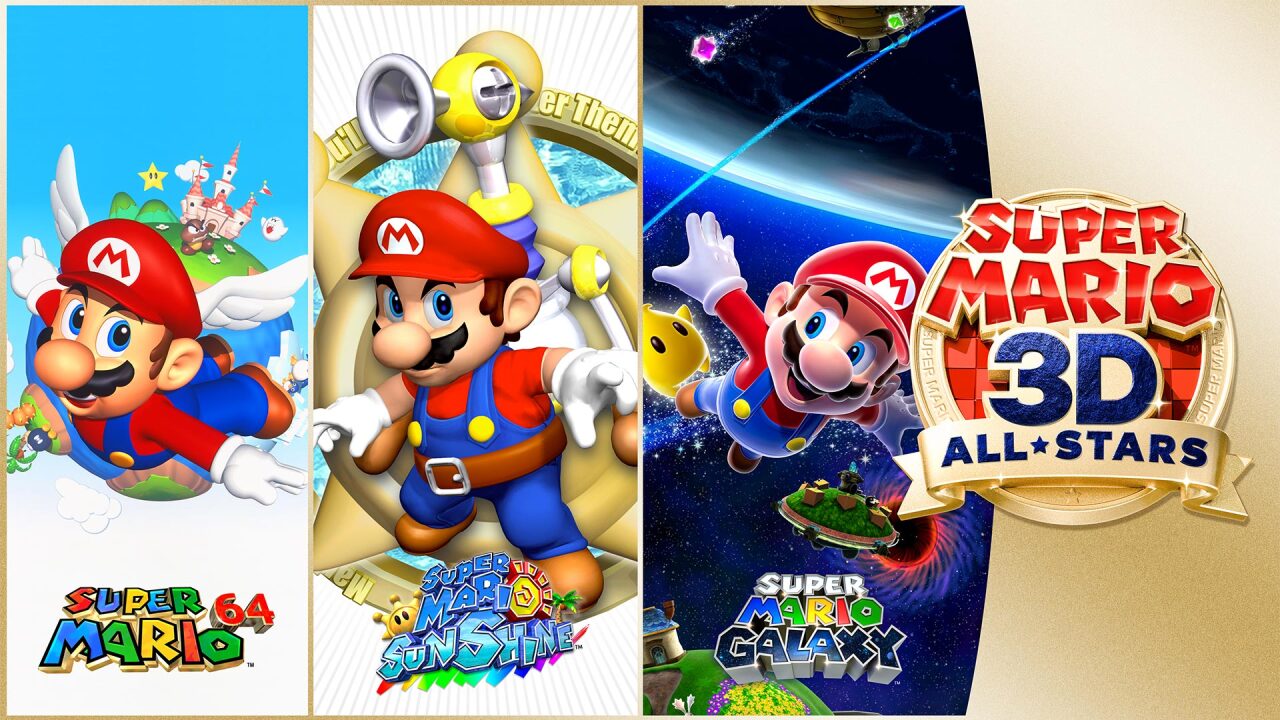 The original Super Mario All-Stars for the Super Nintendo is pound-for-pound the greatest video game cartridge ever released. Having easy access to Mario’s first three 2D adventures provides an easy way to experience the evolution and improvements made with each entry. Most importantly, all three of those games still hold up in 2020. When it comes to Super Mario 3D All-Stars, a package that includes Super Mario 64, Super Mario Sunshine, and Super Mario Galaxy, this is not the case, but that doesn’t mean Nintendo’s new collection on the Switch is one to overlook.

Let’s get this out of the way. Super Mario 64 does not hold up. I know, it saddens me too. Mario’s first 3D adventure is arguably one of the most important video games of all time, but mamma-mia, has this game aged poorly.

As soon as I jumped into the Bob-omb Battlefield course at the start, my gaming brain was startled by the game’s awful camera system, which makes completing an objective far more frustrating than I remember in 1996. Obtaining stars on each course is still exhilarating, but the excitement stemmed from the relief of conquering the awkward jumping angles, rather than accomplishing the task at hand.

When it comes to visuals, the game looks exactly how you remember, albeit a bit smoother in some textures. It even retains the 4:3 aspect ratio. If you’re looking to experience the origins of 3D Mario titles, give this a look, if just for a nostalgia fill and move on.

The most non-traditional of 3D Mario entries is by far Super Mario Sunshine. Originally on the only console to ever feature a handle, the Nintendo Gamecube, this game is worth a second look.

Sunshine’s verticality, combined with its open-world structure, feels surprisingly modern and its difficulty remains among the highest in the Mario series, even if it’s sometimes unintentional due to the game’s bugginess. Controlling Mario with his water-filled jet pack still feels unlike anything else in the series, making for some literal refreshing mechanics that I enjoyed during my playthrough.

From an art standpoint, I absolutely adore the colorful, tropical look of Isle Delfino and the characters that populate it. It’s not the best 3D Mario game, but don’t overlook this nautical adventure.

This was my first time experiencing Mario’s outer space escapade. If you told me this game came out this generation, you could easily fool me. Super Mario Galaxy hasn’t aged a day since its release in 2007.

Its space-aesthetic rivals the art direction of any Nintendo Switch game to date, and its tight controls feel fantastic. Running around bite-sized planets, playing with gravity, and that launching into the next world animation makes me want to stop writing this review and go play it right now. I am cherishing the number of stars I have left to collect.

It’s a real shame that Super Mario Galaxy 2 was left off of this collection. Perhaps it’s time to go dig out my Wii to experience the sequel. Galaxy is reason enough to purchase this bundle, even at the slightly steep $60 price point.

Super Mario 3D All-Stars is just the meat and potatoes without any added junk food to consume. Aside from a playlist of 175 iconic Mario jams to listen to separately, this collection has zero special features. I would have loved to see a documentary about the making of these games, or even some never-before-seen sketches when the game was in its early stages.

Instead, we’re simply left with the bare minimum of the three original games with some slightly improved visuals. Still, though, this is the easiest way to play these titles in 2020. If you’re on the fence about purchasing, this game is only available until March 31, 2021, according to Nintendo. While the timed-purchasing opportunity seems pointless, this collection is a thrilling and nostalgic trip down memory lane.