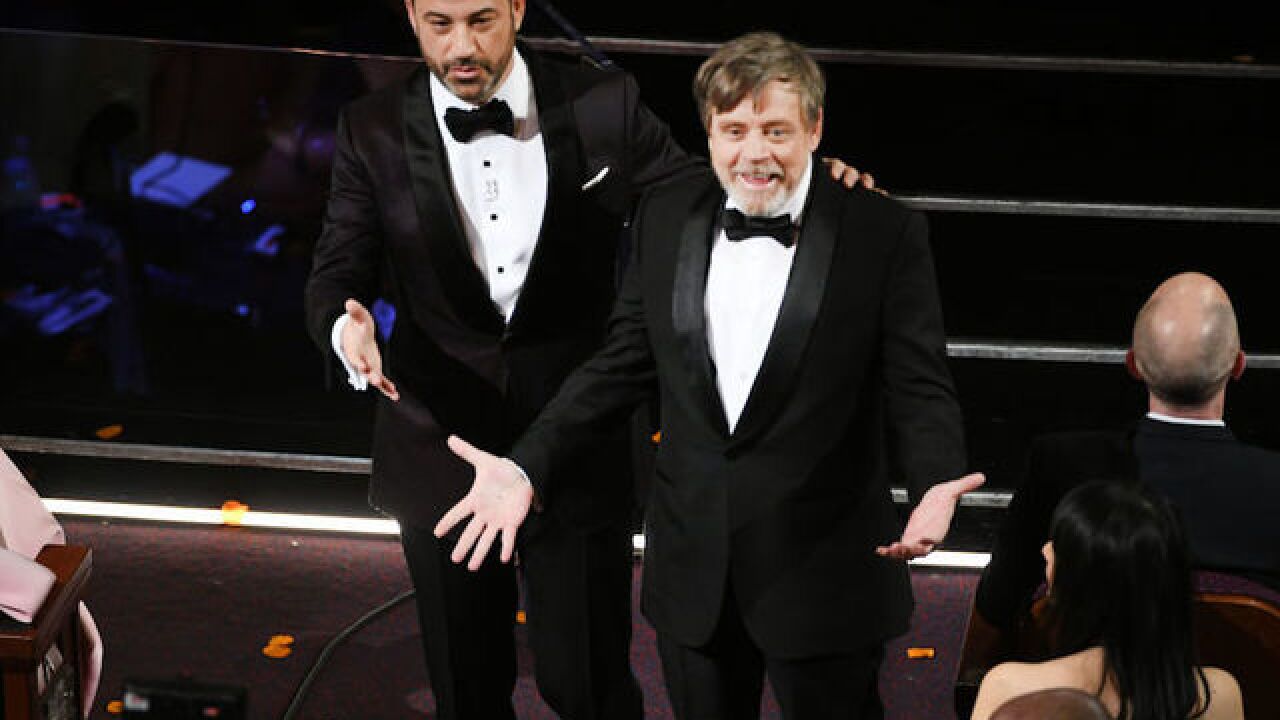 They came to see a preview of "A Wrinkle in Time" and ended up meeting movie stars.

Jimmy Kimmel surprised a group of moviegoers, who had been invited to a special screening of the upcoming Disney film, by bringing several Oscar attendees with him to the movie theater next door.

"I have an announcement to make," Kimmel said. "You are live on the Oscars right now."

The rest of the celebs then trailed in as the moviegoers lept from their seats.

The stars brought along some snacks, including candy, a 6-foot submarine sandwich and hot dogs shot out of hot dog guns.

Kimmel said it was a good thing too as, according to the host, there was a distinct smell of marijuana in the air.

"Do not aim the hot dogs at the vegetarians," Kimmel joked.

The host explained the stunt to the audience.

"We were talking about our appreciation for people who go to the movies and those are you people, so we wanted to say thank you to the moviegoers," Kimmel said.