Michigan-Florida Peach Bowl: Preview, how to watch and listen 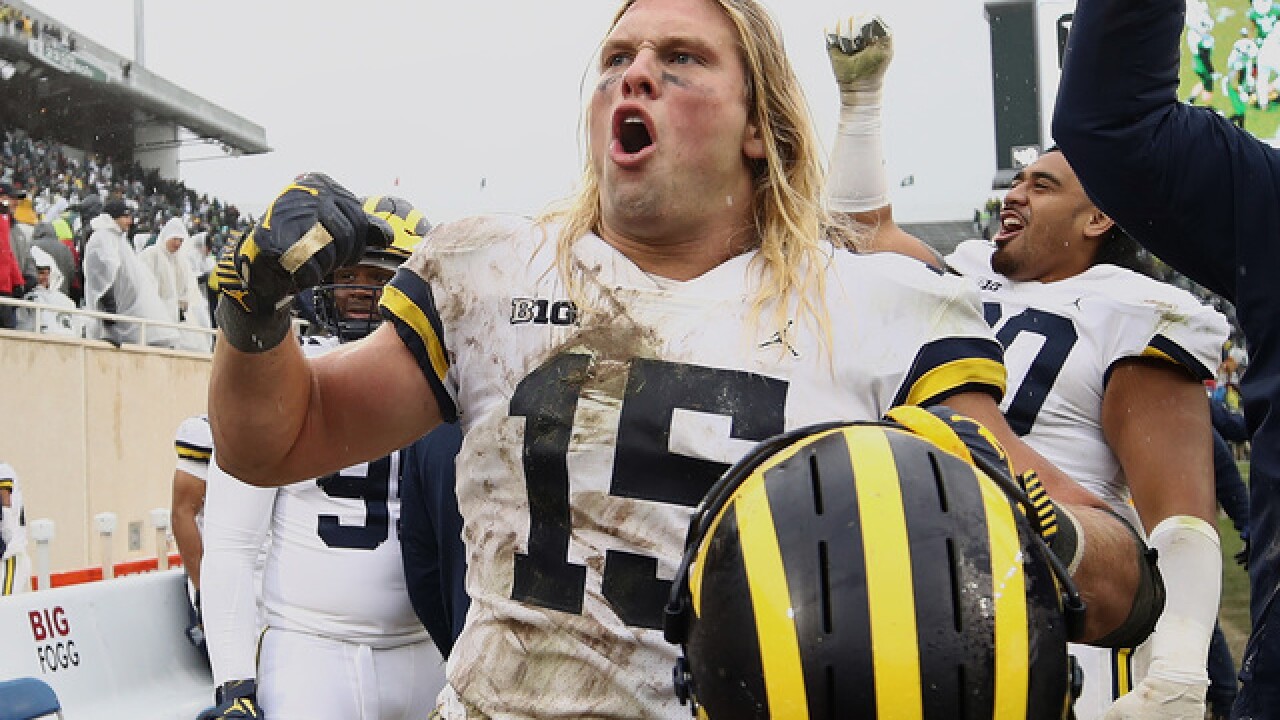 Copyright Getty Images
Gregory Shamus
EAST LANSING, MI - OCTOBER 20: Chase Winovich #15 of the Michigan Wolverines celebrates on the sideline as the clock winded down on a 21-7 win over the Michigan State Spartans at Spartan Stadium on October 20, 2018 in East Lansing, Michigan. (Photo by Gregory Shamus/Getty Images)

ATLANTA (WXYZ) — The Michigan Wolverines and Florida Gators will face off for the third straight calendar year, this time in the 2018 Peach Bowl.

Michigan (10-2) is seeking its first 11-win season since 2011. Meanwhile, Florida is looking to get to the 10-win mark under first-year head coach Dan Mullen, something Michigan coach Jim Harbaugh was able to do against the Gators during his first season in Ann Arbor.

If the Wolverines are able to find that 11th win, they will have to do it without four starters. Running back Karan Higdon, linebacker Devin Bush, defensive end Rashan Gary and right tackle Juwann Bushell-Beatty all decided to sit out and prepare for their NFL futures. The Gators will be at full strength, even with potential NFL Draft picks running back Jordan Scarlett, wide receiver Van Jefferson, pass rusher Jachai Polite and offensive lineman Jawaan Taylor.

With Higdon out for Michigan, expect junior Chris Evans to receive the bulk of the carries. Junior Tru Wilson and true freshman Christian Turner will also be spotted in the backfield. Redshirt sophomore Andrew Stueber has been receiving the snaps with the starters in place of Bushell-Beatty. Sophomore Josh Ross should take over for Bush at middle linebacker, while sophomore Kwity Paye will replace Gary and line up on the opposite end of fifth-year senior Chase Winovich.

Here's everything else you need to know about the Peach Bowl: