How I ditched debt: Redefining ‘best life,’ scaling back 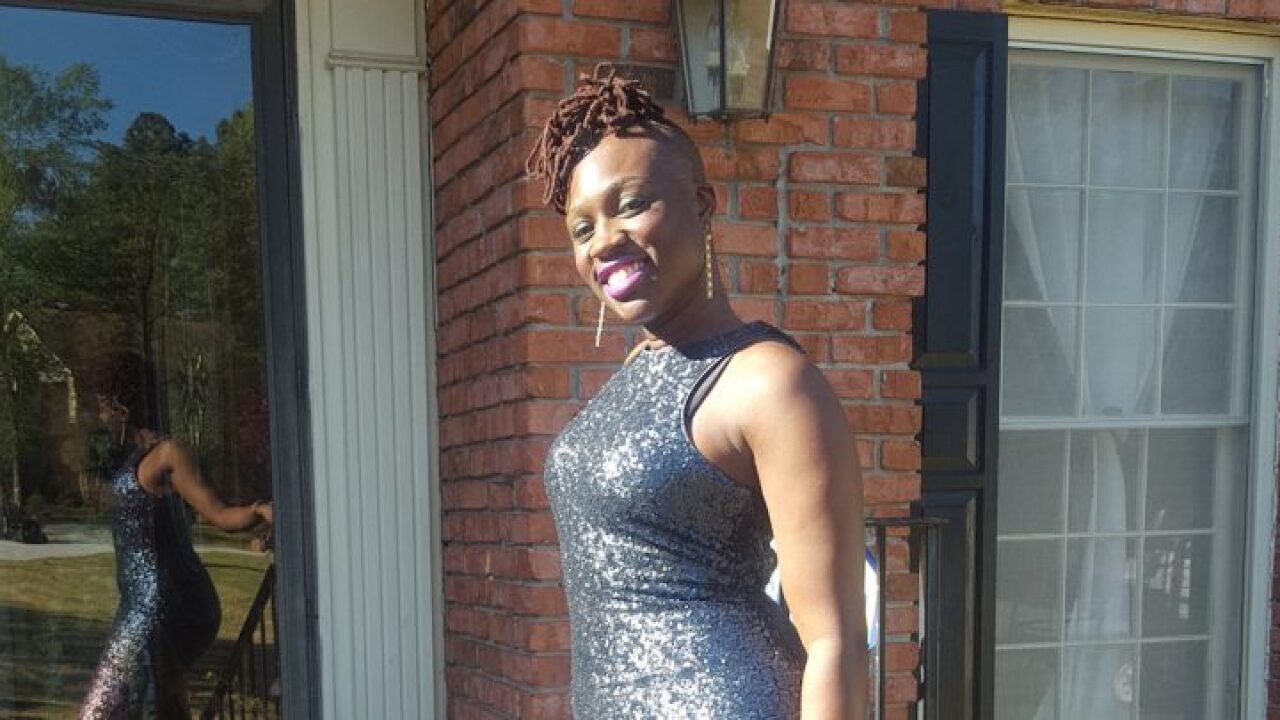 In this series, NerdWallet interviews people who have triumphed over debt. Responses have been edited for length and clarity.

Paying off debt isn’t always a linear journey. For Sonia Sears, a social worker at a charter school and a mental health clinic, it’s been more of a zigzag.

She successfully paid off close to $80,000 of debt in 2016 — a combination of credit card debt, student loans and a car loan — but later amassed more credit card debt after buying a home and experiencing a few setbacks. Sears, now 36, is tackling her new debt.

She initially started accumulating debt while pursuing her “best life” in college, grad school and the years that followed. That meant studying abroad in Italy, traveling frequently and living in her own apartment when she had the option of living with her family.

Between summer 2014 and fall 2016, Sears tackled her debt by getting a raise, taking on odd jobs, cutting back on unnecessary spending and moving back into her family home. By 2017, she had even managed to save up for a down payment for a home in Brooklyn.

Since then, she’s faced some hurdles, including an unexpected medical bill, a loss in the family and a divorce — all of which have led to new credit card debt. Sears is now working toward being debt-free again. She recently connected with NerdWallet to share her story, which may inspire your own debt-free journey .

What was your debt when you started, and what is it now?

When I was in grad school, it was around $51,000 from taking out loans for random things — excluding tuition, since that was covered through a program — which I know is not a lot compared to other people. On top of that, there was around $18,000 of credit card debt, plus my $10,000 car loan. All in all, it was around $79,000 when I finally sat down to re-evaluate my finances.

How did you end up in debt?

My tuition for undergraduate and all of my tuition for graduate school were paid for through federal grants and a program that helps students from certain socioeconomic backgrounds. I took on small loans to offset other school-related things, like buying out the other side of my dorm room during my third and fourth year. Since I grew up with so many brothers and sisters, I was like, “Why not live alone for a while?” I also studied abroad before my senior year. By the time I got to grad school, I also took out loans to get an off-campus apartment.

I also got my first credit card in college. I wasn’t experienced with credit cards. I’m a first-generation American; back home in South America, no one had them and my parents had no clue about that stuff. One day I went to an amusement park, Six Flags Great Escape, and signed up for a stupid credit card to get a free plastic duffel bag. By the time I cut up the card in 2014, the balance was around $3,000, and by then I had also amassed around six or seven other credit cards, including store cards.

I studied abroad in Italy, so I kept spending money on travel while I was there and paid for flights and costumes to attend the Carnival festival in Trinidad. At the time, I was like, “I’m going to live my best life now.” And then, after graduating, I decided to finance a car and move to an apartment in Brooklyn instead of living with my family.

What would you have done differently?

After graduating, I first moved back into my family home and lived with my grandma on the top floor for the first year. But then I got an apartment in the Brownsville neighborhood in Brooklyn. I wanted to be able to go out and come back anytime without my family checking up on me. It was a three-bedroom duplex with two full bathrooms and cost around $1,800 per month (I paid half of that), which I thought was a great deal. I had a roommate, but she moved out and my sister ended up moving in with me. We were living our best lives, hosting barbecues and game nights.

The second time I racked up credit card debt was because I was so focused on having a family and a house that I wasn’t thinking about managing my personal finances better. I loved the feeling of paying off my credit cards, but then I bought appliances and furniture for my new house, which I put on store cards. I should have saved up and only paid for things when I had the money. I should have asked myself, “What is the best — not the fastest — way to get this all done so I can be out of debt completely?”

What triggered your decision to get out of debt the first time?

I was 29 at the time. I was in a relationship, and we were starting to talk about getting married and having kids. It made me realize that if I wanted to get married and have kids someday, I needed to get rid of my debt.

What steps did you take to reduce your debt?

I decided that I had to lower my expenses and increase my income. First I got my job at the high school, and then I picked up some odd jobs: folding towels at New York Sports Club on the weekends, working as a dance teacher for kids and helping a family member at a store. This probably increased my total income by between $10,000 to $15,000. I also put any tax refunds toward debt.

In July 2014, I also moved back home — into a super tiny bedroom in my mom’s house. I had a small twin bed; the room felt like a closet. I lived there for almost three years. My mom asked me to chip in with gas and groceries, so it probably cost me $500 a month to live there.

What setbacks have you had along the way?

A car hit me when I was driving to a meeting and my insurance didn’t cover me, so I had to pay $4,000 in medical bills. My grandmother also passed away in March 2015. I had put myself on a “travel ban” during this time so my passport had not been renewed, and I had to pay $2,000 to renew it at the last minute and buy last-minute flights to go back to my home country to attend her funeral in April.

I also got married and then divorced. We got married at the courthouse weeks after I bought my house, a two-family house that I converted into a three-family unit.

After we moved in, we started making plans to get appliances, renovate the house, look for tenants, etc. We were also planning a small wedding, so I had already put down some deposits. It went from two people paying for all of these things to just me paying for all of these things. After the divorce, I still wanted to renovate the house and took on the cost of doing that, as well as the mortgage payments.

I turned the basement into a studio apartment and redid the roof, pulled up carpets, sanded floors, painted walls and cupboards, etc. We only had one tenant at the time (my brother and his girlfriend), so I had to pay whatever was left of the mortgage by myself. Getting a second tenant helped.

Also, after finally paying off my old car, I ran into another issue. My new driveway is a community driveway, meaning all the houses are attached. My old car couldn’t get in and out of the driveway when it started to snow, and since my ex-husband I were still together at the time, I thought we could afford a new car with a higher insurance.

How do you stay motivated to pay off debt?

I do so much more research than I used to. When I’m driving to and from work, I listen to audio books about creating multiple streams of income and listen to podcasts about other people who pay off debt. I started an accountability group as well. I knew it would take me at least 30 years to pay off my mortgage, so I needed motivation. Once a month, my good friends get together at my house to talk about all things money. I also follow people on social media who have paid off debt.

I never want to be in a place where I’m in debt again. I want to retire when I want to retire and provide for the family I will eventually have. Everything I’m doing isn’t just for myself — it’s for my future kids and future grandkids.

What are you doing now to pay off the new debt?

I am cutting back on travel again. The only thing I’m doing is a cruise for my birthday because my relationship recently ended, and we had originally planned to go together. It was non-refundable. This is the only trip I have planned. I have a savings account specifically for travel and hope to keep my travel expenses really low. I’m not going to places like Bali, Paris, or Bora Bora, but maybe I can go to the Poconos or do a road trip to D.C.

What are your financial goals now and how do you plan to achieve them?

I want to pay off my credit cards so I can pay off my mortgage next year. Right now I have four streams of income: I work at the school and the clinic as a social worker, my tenants (my brother and his girlfriend, plus an additional person) help me pay part of my mortgage, and sometimes I’ll drive for Caviar, a food delivery service.

I want to put myself in a place where I can start a business — a support group for people who want to pay off debt. I eventually want to own a commercial space so I can have meetings. I created an Instagram page for accountability.

I also want to continue pursuing work in therapy. My master’s degree is in social work, and I eventually want to have my own practice.

How to ditch your own debt

Ready to start your debt-free journey? Here’s what you can do:

The article How I Ditched Debt: Redefining ‘Best Life,’ Scaling Back originally appeared on NerdWallet.