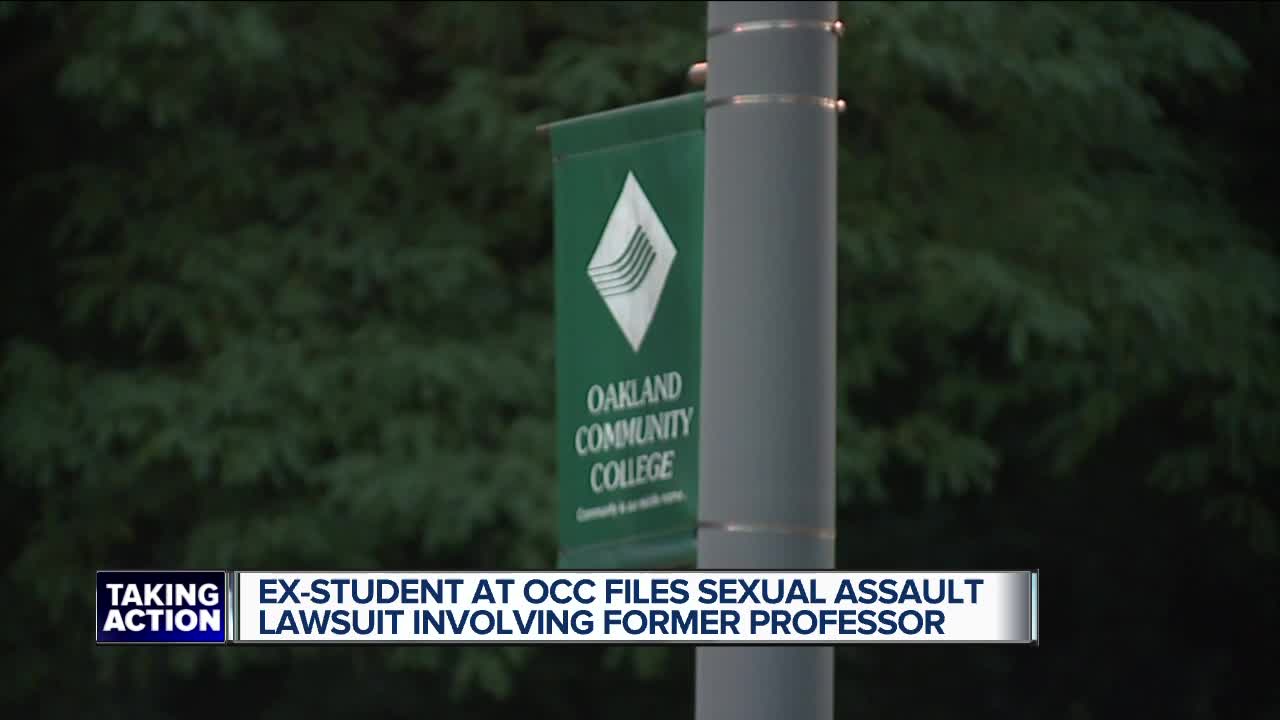 Tonight the lawyer of a former Oakland Community College student is speaking out about a federal lawsuit filed Wednesday against a former professor who allegedly assaulted his student beginning in 2016.

BLOOMFIELD, Mich. (WXYZ) — The lawyer of a former Oakland Community College student is speaking out about a federal lawsuit filed Wednesday against a former professor who allegedly began assaulting his client in 2016.

Attorney James White says his client should have been protected by the school when she first reported the alleged abuse, and school officials should have taken her accusations seriously.

"She’s distraught," said the former student's attorney James White. "She had a life-long dream to be an architect, that dream has been shattered,"

White added, "Sexual predators have methods, they methodically work themselves into environments where the victims are accessible."

The lawsuit alleges the former head of the school's architecture program, Syed Ahsan, gained the students trust and sexually assaulted her.

"It was both the physical abuse, mental abuse and ultimately enough for her to remove herself from the program and the college all together," White said.

The alleged assaults started in 2016 when the student was 23 years old and lasted through 2018. The lawsuit says Ahsan forcefully, and without consent, groped, hugged and put his hands on her body.

"He would use his open mouth and lick on her face and neck (and) make lewd comments," White said.

We did receive a statement from the Oakland Community College chancellor that’s says, in part:

We take the allegations of this former student seriously. Soon after the receipt of an internal Title IX complaint, we hired an independent, outside legal expert

to conduct a comprehensive investigation. That investigation played a role in our administration’s decision to terminate the instructor named in the complaint.

White says in the 90s, when Ahsan was hired by the College, he either harassed or assaulted three women.

"Those women made complaints to the university," he said. "For all practical purposes, those complaints fell on deaf ears."

White says the college needs to change or something like this will happen again.

"I think until Oakland Community College accepts responsibility for what’s occurred here and commits itself to change, its going to happen again," White said.

He added that his client has since relocated out of the state. Ahsan’s employment was terminated by the College in February 2019.