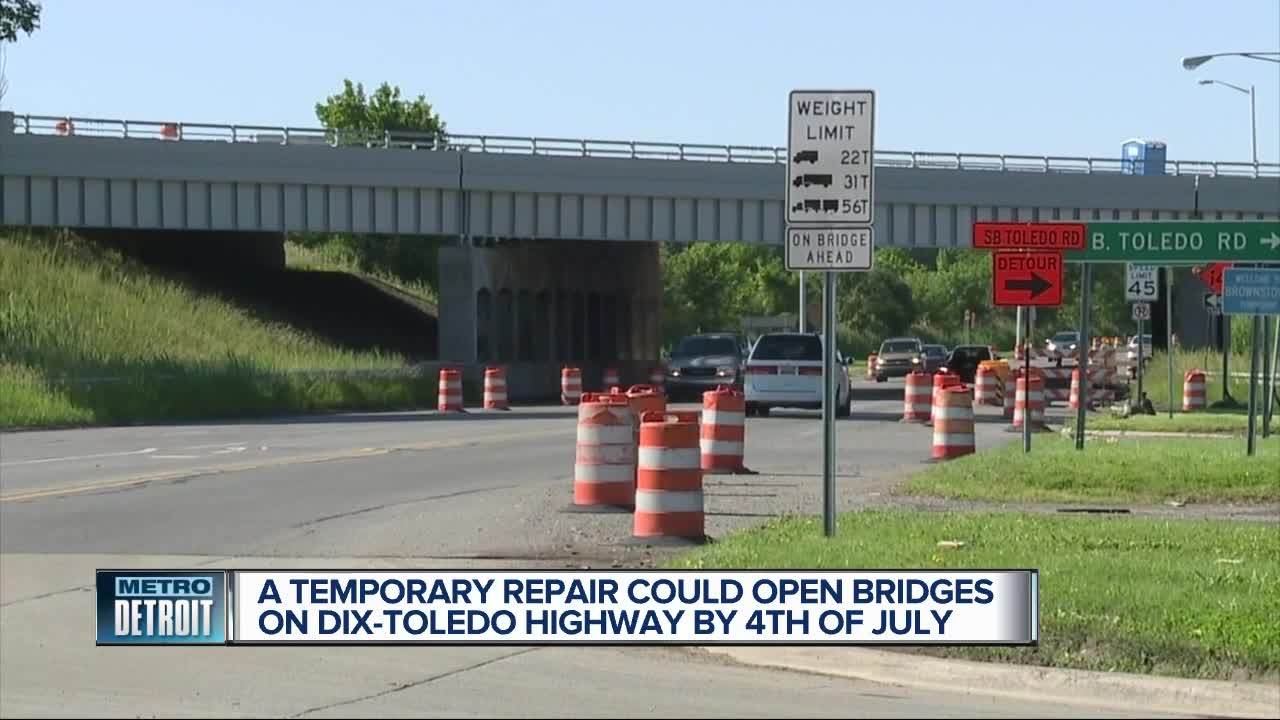 It will be a temporary repair, Wayne County officials hope it offers drivers much needed relief in time for the holiday.

The Dix Toledo Highway bridges over Pennsylvania and Allen roads were in rough shape.

Repairs began a year and a half ago and were initially scheduled to be complete by summer, however, summer is here and the road is still closed.

"Our first priority is safety and making sure it's done correctly," said Beverly Watts, director of public sevices for Wayne County.

Watts says crews found more problems with the bridge than they expected.

"When they drilled down and got the corrosion out and got to this particular part they noticed, OK, we’re going to have to order new parts because it’s more deterioration than was known when the design was being done," Watts said.

It's one of a kind piece essential to bridge strength.

Michael Van Antwerp, director of engineering at the the Department of Public Services in Wayne County, says, "This piece is what connects the deck to the pillars and that piece is a specific design, it’s a one off, it isn’t something off the shelf."

And it's from a mid-century bridge.

"We had to go and redesign the piece and now it’s being specially fabricated," Antwerp said.

But that won't be complete until fall. Wayne County's director of engineering wants to ease the burden on drivers.

"While we wait for these pieces, we are installing temporary supports and we are going to re-open the bridge." Antwerp said. "Both bridges on Toledo and we hope to have them open before Fourth of July weekend."

If all goes well, they will be able to open Pennsylvania and Allen roads underneath.

Dix Toledo bridges will be closed again in the fall when the new parts arrive for the installation.