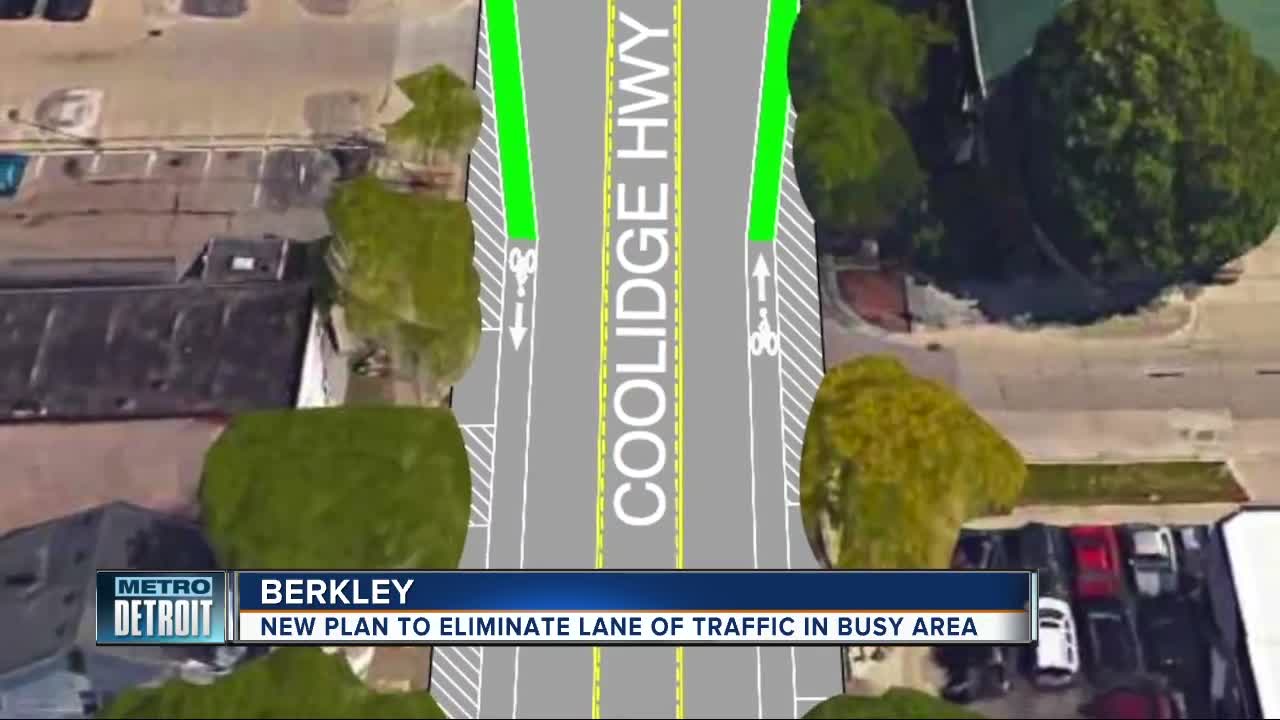 Do you WANT to go on a diet? Most people will say no. Diets are not fun. Now the city of Berkley is planning what transportation industry insiders call a road diet. That is when you eliminate a lane of traffic.

Now the city of Berkley is planning what transportation industry insiders call a road diet. That is when you eliminate a lane of traffic.

The area we are talking about is Coolidge between Eleven Mile and Twelve Mile Road. Right now in that area there are four lanes of traffic, with intermittent left turn lanes.

The plan is to change that to one lane of traffic in each direction, a continuous left turn lane, add parking and a bike lane.

The Transportation Improvement Association says the change will likely improve safety in the area.

City Manager Matthew Baumgarten says city leaders have been talking about doing this for years, but many have concerns about consequences: Could it lead to an increase in traffic in nearby neighborhoods? Are there enough bikers to warrant a bicycle lane? Will it be safe for bicyclists?

So, they have agreed to make this change for one year and study what happens.

It will cost approximately $120,000 to repaint the lanes for the changes. The funding will be provided by the Downtown Development Authority.