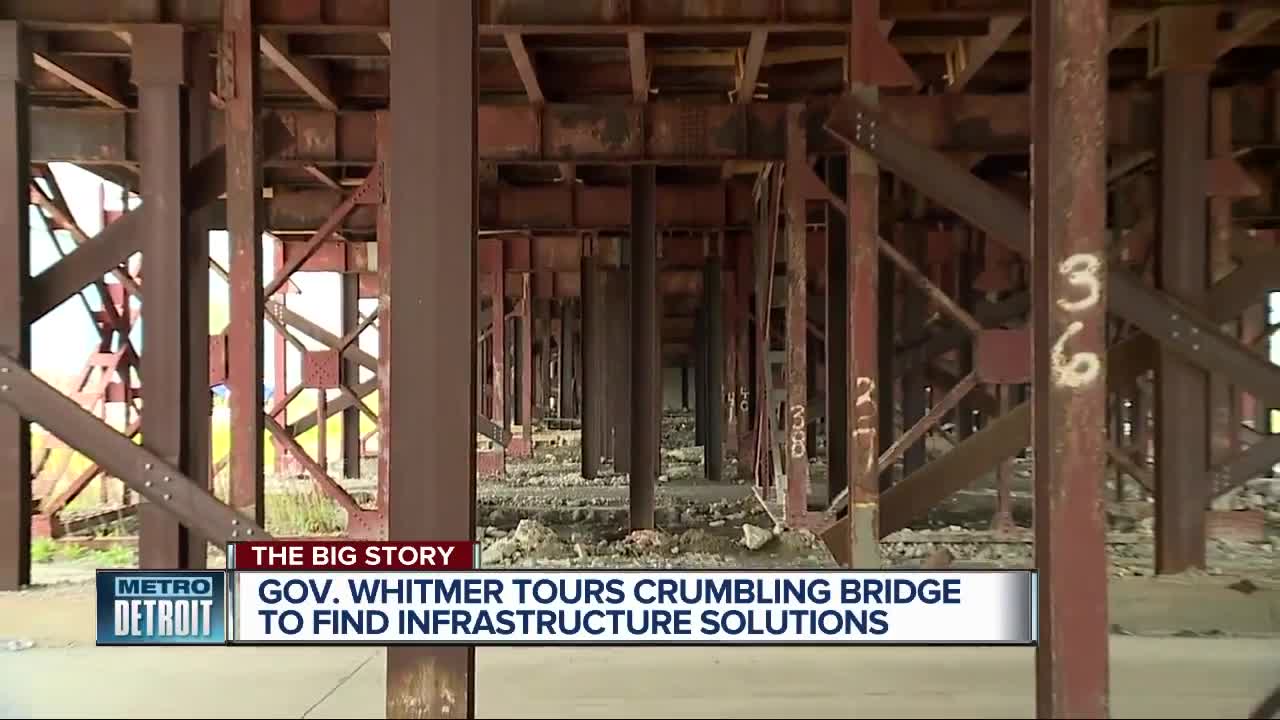 Governor Gretchen Whitmer toured a Wayne County bridge that is crumbling as she presses for more road funding.

DEARBORN, Mich. (WXYZ) — We are working to help you get around metro-Detroit as you face more and more challenges. MDOT now says more than 1,200 bridges across the state are in poor condition. Some of them are in such bad shape they are shut down.

Thursday Governor Gretchen Whitmer toured one of the bridges with problems we showed you last month - to see the situation first hand.

From school buses filled with children, to trucks moving the F-Series trucks made at the adjacent Ford River Rouge Plant in Dearborn, thousands of people drive on the Miller Road Bridge everyday.

If you look underneath the bridge, you will see the structure is literally corroding away.

MDOT Director Paul Ajegba says everyday he works with fear that crumbling infrastructure could cause a catastrophe.

“This is the kind of stuff that keeps you up at night. You have a bridge that has about 400 supports holding it up and you have school buses driving over it,” said Ajegba.

It will cost at least $50 million to repair. Wayne County’s infrastructure budget is about $60 million a year.

“Wayne County is spending millions just propping it up in the short term. It will not stay safe long,” said Warren Evans, Wayne County Executive.

“I introduced a budget a while ago and it has been crickets ever since,” said Whitmer.

Governor Gretchen Whitmer says she is waiting for lawmakers to suggest solutions. If they have none she said the 45 cent gas tax is needed to fund solutions.

Republicans in the house have said they want to find ways to cut spending and address the issue without a tax increase.

“I don’t want a gas tax, but the fact is we have a $2.5 billion dollar problem in this state,” said Whitmer.