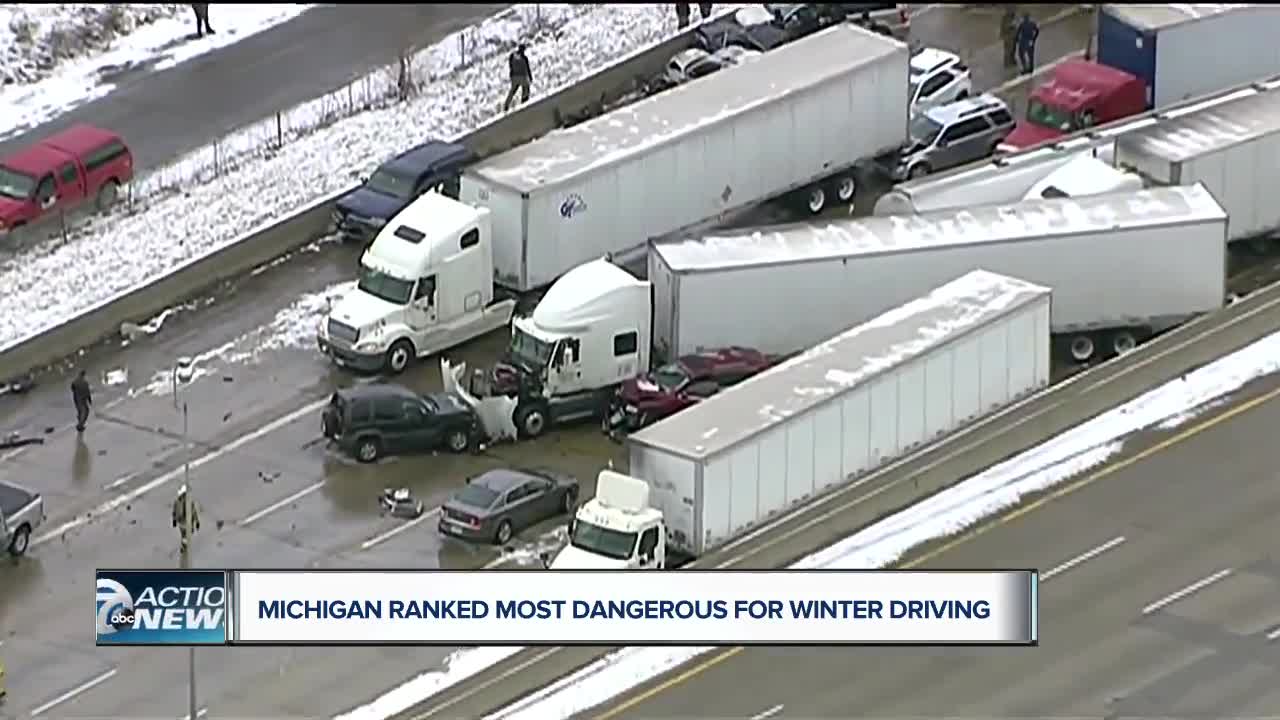 Diane Michalakis looks through the book her brother sketched in wherever he traveled. Larry Manolis was an architect.

DETROIT (WXYZ) — Diane Michalakis looks through the book her brother sketched in wherever he traveled. Larry Manolis was an architect.

He loved looking at buildings. On January 31st, 2013 he woke up early and drove from his home in Allen Park to downtown Detroit to admire the city’s architecture.

“Even as a kid, all he did was draw buildings and boats,” said Diane.

Diane and one of her other brothers, John, watched news coverage of a forty-two car pile-up, the largest pileup in Detroit’s history on I-75 between Springwells and Dearborn Avenue.

“There was a woman on the road who was being interviewed who said I am so sorry for those victim’s families. I cried not knowing it was me,” said Diane

“He hit the car with the family and then he hit my brother who was a distance away, pushed my brother 100 yards into a car hauler,” said John Manolis.

Larry died at the scene.

Two children from Windsor, nine-year-old Gabrielle Greenwood and her step-brother 7-year-old Aiden Hicks also died in another car caught up in that crash.

“I went to one of the children’s funerals. It was terrible,” said John.

That tragic crash is just one of far too many we have seen on Michigan Roads in winter weather. When you take a look at traffic crash statistics you see that Michigan is the deadliest in the nation for winter driving.

Hewitt works for crash victims, seeing the impact of crashes every day. He says he also notices common themes as to cause. Often heavy trucks cause the worst injuries.

“We have higher weight limit in our state so you are definitely driving around and next to fast moving heavy trucks which are more dangerous, said Hewitt.

A map from the South East Michigan Council of Governments shows deadly accidents that happened in winter months between 2014 and 2018. You can see there are danger areas, where time and time again people are losing their lives.

Many are interstates where drivers in Michigan have higher speed limits than in other states.

The most dangerous is I-94 from Detroit Metro into Macomb County. Twenty-two people lost their lives in winter months between 2014 and 2018.

Gratiot in Metro Detroit is a dangerous road, not only for drivers, but pedestrians each and every winter. Of the thirteen deadly accidents on Gratiot, eight victims were walking or bicycling.

Another of the most dangerous is I-75 from Downtown to Nine Mile, where nine people lost their lives during the same time period.

Police say drivers need to remember, the speed limit is not always 70, when 70 is posted. If the road is icy by law you have to slow down for conditions, no matter what you drive.

“You think the bigger, the stronger, the better. Ice is ice. You won’t stop no matter what you got,” said John Manolis.

He and his sister ask that before you get behind the wheel you think about how your family’s life could change forever in a moment, just as his family did.

“It’s not really been easier and I don’t want another family to have to go through this this winter,” said Diane.